Accessibility links
Ecuador Acknowledges It Restricted WikiLeaks Founder's Internet Connection : The Two-Way Julian Assange, who lives at Ecuador's embassy in London, says his hosts acted under pressure from the U.S. His website has published stolen emails that have embarrassed Hillary Clinton's campaign. 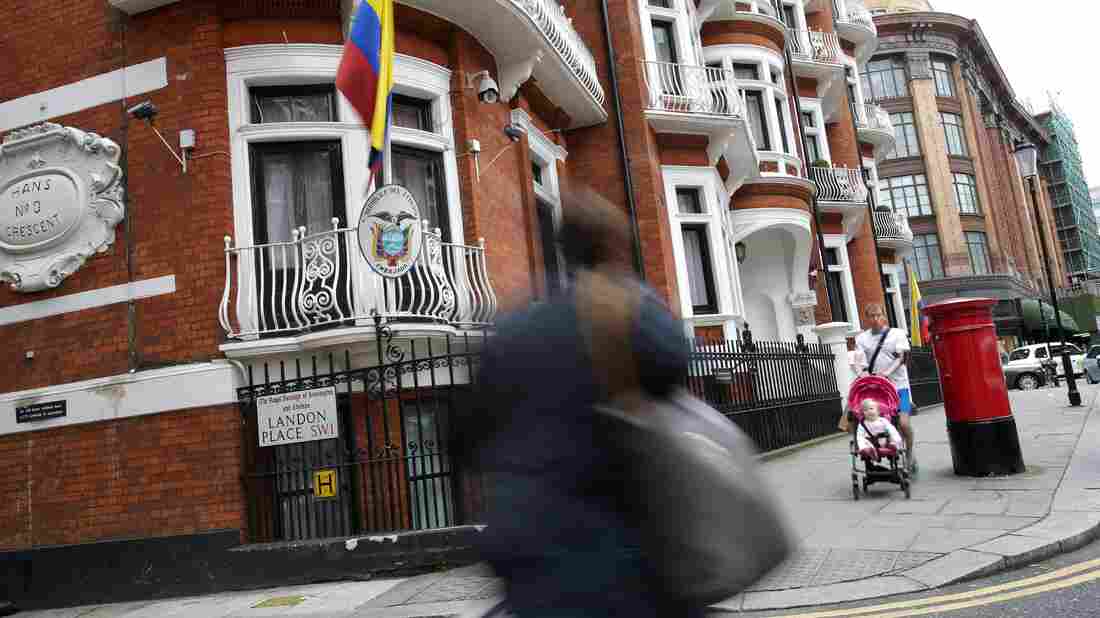 Ecuador has been hosting WikiLeaks founder Julian Assange in its embassy in London for more than four years. Ecuador acknowledged Tuesday it has limited his Internet access because of the website's release of stolen emails that have affected the U.S. presidential campaign DANIEL LEAL-OLIVAS/AFP/Getty Images hide caption 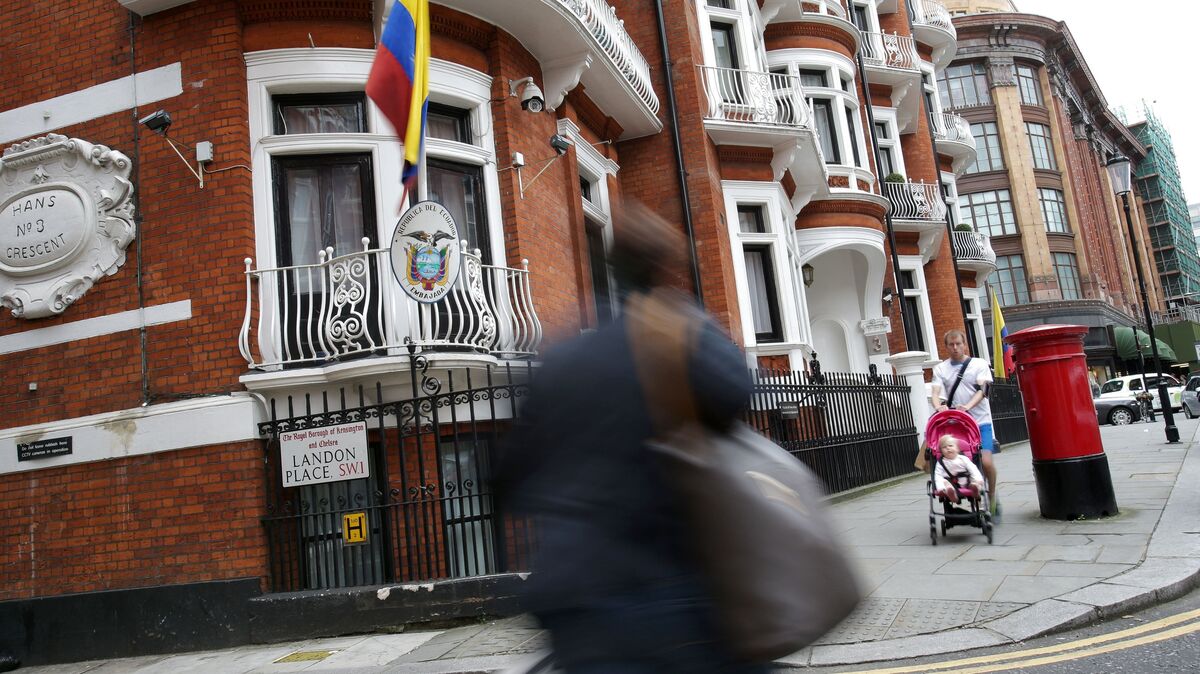 Ecuador has been hosting WikiLeaks founder Julian Assange in its embassy in London for more than four years. Ecuador acknowledged Tuesday it has limited his Internet access because of the website's release of stolen emails that have affected the U.S. presidential campaign

Ecuador acknowledges it restricted the Internet access of Julian Assange, who has lived at the country's London embassy for more than four years.

The government of President Rafael Correa released a statement that notes Assange's WikiLeaks website has published "a wealth of documents, impacting on the U.S. election campaign." The statement says the website released those documents on its own, and Ecuador "respects the principle of non-intervention in the internal affairs of other states."

The statement says Ecuador will limit Assange's communications but this "temporary restriction does not prevent the WikiLeaks organization from carrying out its journalistic activities."

As the Two-Way has reported, WikiLeaks, in a series of tweets, accused Ecuador of acting under U.S. pressure from Secretary of State John Kerry. The website also said it had a strategy for publishing despite the restrictions.

Julian Assange's internet link has been intentionally severed by a state party. We have activated the appropriate contingency plans.

Among the most recent documents the website published were what it said were transcripts of Clinton comments to Wall Street bankers. For example, WikiLeaks said she made these remarks to a Goldman Sachs audience about the role of bankers in the recession.

"There was a lot of complaining about Dodd-Frank [new financial regulations], but there was also a need to do something because, for political reasons, if you were an elected member of Congress and people in your constituency were losing jobs and shutting businesses and everybody in the press is saying it's all the fault of Wall Street, you can't sit idly by and do nothing, but what you do is really important."

As NPR's Tamara Keith reported, "This is far softer language than Clinton uses on the campaign trail. She often praises Dodd-Frank and says she wants it strengthened."

As The Two-Way has reported, Assange was given refuge at the embassy "after Sweden issued a warrant for his arrest to question him over allegations of sex crimes. He has said that if sent to Sweden, he fears he would be handed over to the U.S. and could face trial over the release of classified U.S. material on WikiLeaks."