Accessibility links
Police Van Rams Protesters At Anti-U.S. Demonstration In Philippines : The Two-Way Several people were hospitalized after demonstrators outside the U.S. Embassy in Manila called for U.S. troops to leave the country. AP footage shows a police van repeatedly ramming into protesters. 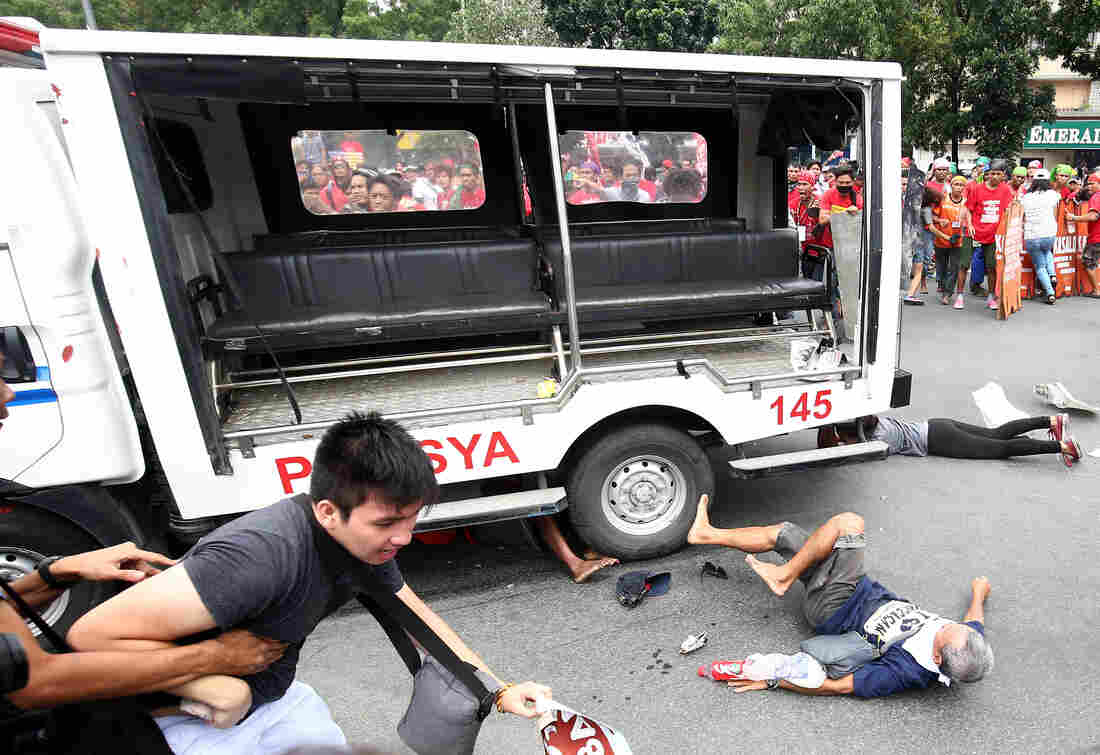 Protesters lie on the ground after being hit by a police van during a rally in front of the U.S. Embassy in Manila on Wednesday. A Philippine police van rammed and ran over several protesters. STR/AFP/Getty Images hide caption 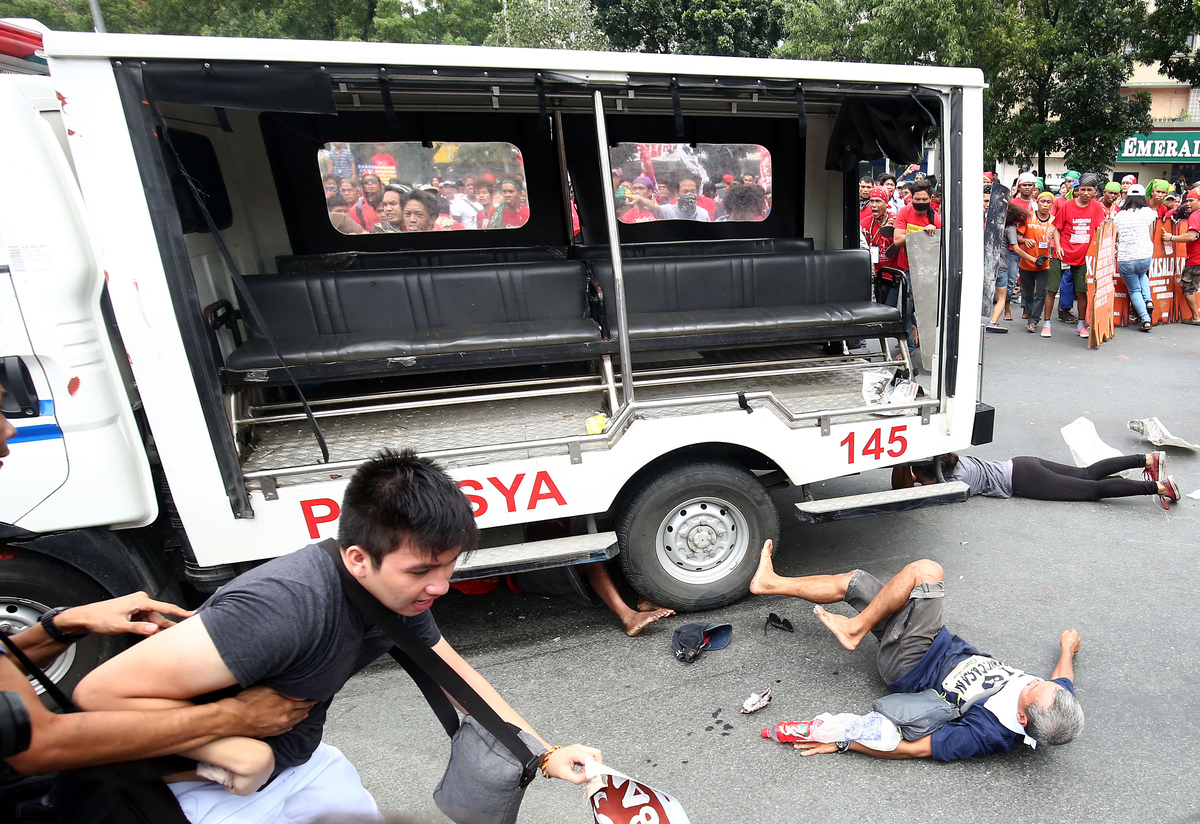 Protesters lie on the ground after being hit by a police van during a rally in front of the U.S. Embassy in Manila on Wednesday. A Philippine police van rammed and ran over several protesters.

Outside the U.S. Embassy in Manila, a protest against the U.S. military presence in the Philippines ended with a violent police crackdown, including a police van ramming into protesters.

Police also used tear gas against the crowds and arrested dozens of protesters, according to NPR's Anthony Kuhn.

The Associated Press reports that several demonstrators were taken to the hospital after they were struck by a police van — reportedly driven by a Philippine police officer — that rammed into the protest:

"Associated Press TV footage showed the van repeatedly ramming the protesters as it drove wildly back and forth after activists surrounded and started hitting the vehicle with wooden batons they seized from police.

"In front of horrified crowds, including videojournalists and photographers, the van suddenly charged backward then sprinted forward twice over a space of about 20 meters (60 feet), barreling through the scattered protesters and hurtling some to the side like bowling pins. A few got ran over but somehow managed to stand.

"Some screamed in surprise, others hurled stones at the van and yelled invectives. A speaker called the police 'puppies of imperialists' on a loudspeaker."

We'll warn you that video of the incident is highly graphic.

Anthony says the protest comes as Philippine President Rodrigo Duterte, a controversial figure abroad but a popular leader at home, is visiting China.

"The protesters were calling for American troops to leave the southern island of Mindanao, where they have been helping Philippine troops to fight Islamist militants," Anthony says. "President Rodrigo Duterte has said that he, too, wants the U.S. troops out."

Duterte has recently been distancing himself from the U.S. — including calling for an end to joint military ties between the two longtime allies, as well as personally insulting President Obama. He has suggested he might seek closer ties with Russia and China.