Accessibility links
Pennsylvania Professors Go On Strike : The Two-Way Faculty members began a walkout Wednesday after contract talks with the state broke down. The striking union represents educators at 14 of Pennsylvania's public universities. 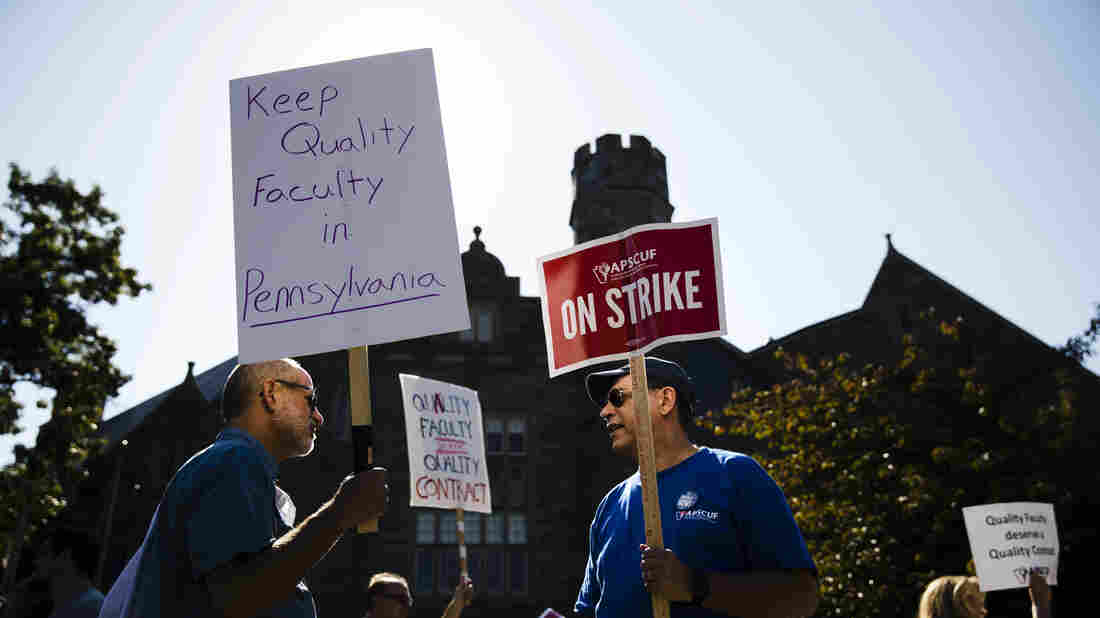 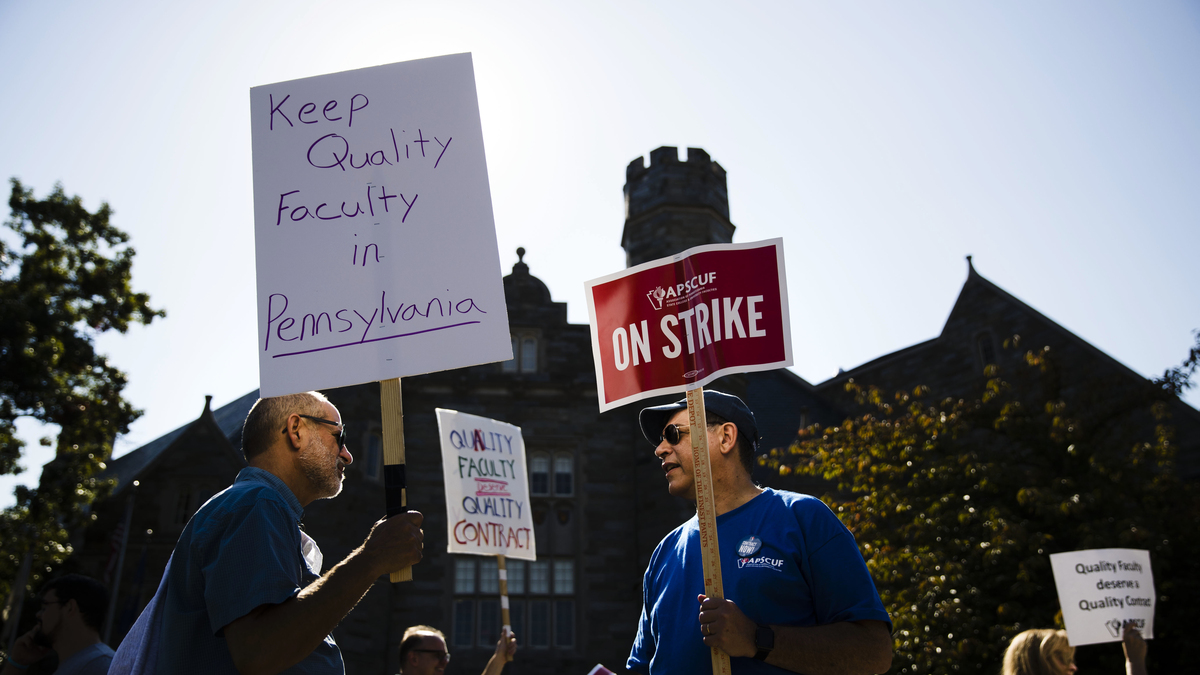 At issue are wages and benefits, such as salary, the cost of health care coverage, and changes to the number of students that faculty members have to supervise during internships.

The strike doesn't include Penn State, Temple, Pitt or Lincoln which are not a part of PASSHE, a coalition of state schools with 107,000 students. Avi Wolfman-Arent from member station WHYY visited one quiet campus.

"When students trickled onto campus Wednesday morning at West Chester University, located about 45 minutes west of Philadelphia, many found eerily empty classrooms. An early morning scan of Main Hall, a five-story academic building near the front entrance of the campus, turned up a couple dozen waiting students, but no faculty.

"Junior Sydney Treiman flipped on the lights in Room 303, the usual site of her 8 a.m. business writing class, sat by herself for about 10 minutes, and then left. The class usually has 25-30 students, she said.

" 'I just hope they get a contract in the next few days because there's been rumors about refunding the semester and so far this has been my best semester," she said. "I don't want to lose my grades.'

"The affected universities haven't shut down entirely. Campuses remain open and West Chester has asked students to show up at classes and wait at least 10 minutes, until they know for sure their professor is coming. Wednesday morning at Main Hall, university officials audited classrooms to see which ones didn't have teachers, dismissing students when it became clear the professor would not show."

The union represents nearly 5,500 faculty members — including coaches, although they are not on strike.

On its website PASSHE posts this report on the negotiations.

"While the two sides made significant progress in the talks that began Oct. 14, including reaching tentative agreements on more than a dozen issues, including distance education, recruitment and retention of high-quality faculty, and professional responsibilities of faculty outside the classroom, they were not able to reach overall agreement. The union rejected the System's offer to provide raises to all permanent and temporary faculty and the identical healthcare package that other System employees have."

The site also has an FAQ page.

"We're available right now. If they name a time and place, we'll be at the bargaining table," says Kathryn Morton a spokesperson for the union. Faculty members have been working 477 days without a contract, according to Morton. It's the first strike in the 34-year history of the university association.