Accessibility links
Philippines' Duterte Says He's 'Separated' From U.S., As He Cozies Up To China : The Two-Way "I realign myself in your ideological flow and maybe I will also go to Russia to talk to Putin," Philippine President Rodrigo Duterte tells business and government leaders in China.

Philippines' Duterte Says He's 'Separated' From U.S., As He Cozies Up To China

Philippines' Duterte Says He's 'Separated' From U.S., As He Cozies Up To China 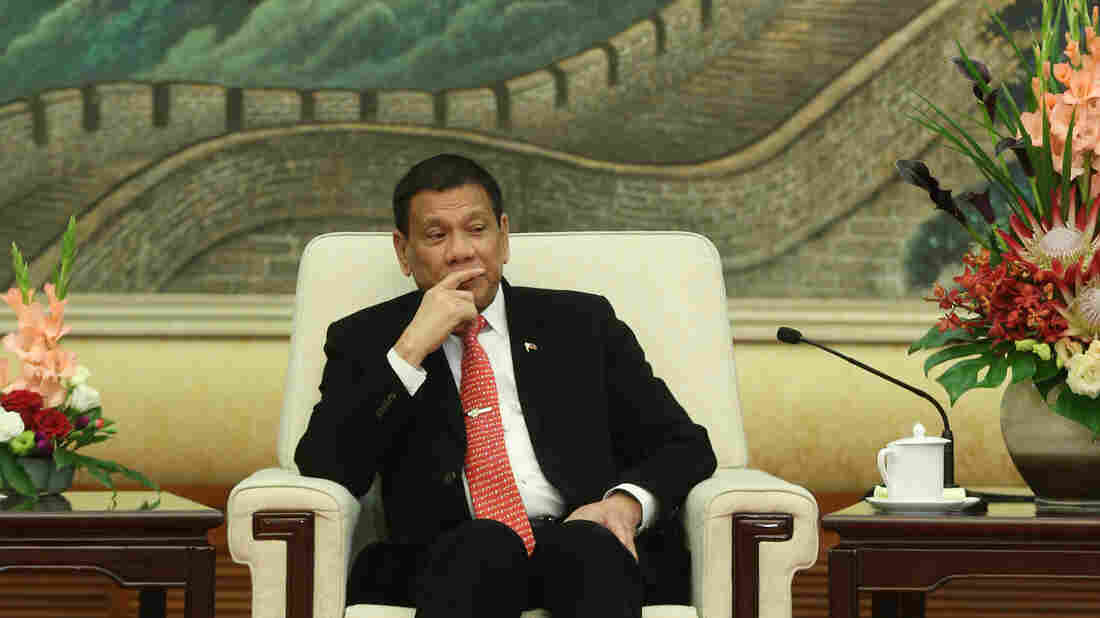 Philippine President Rodrigo Duterte, seen here during a meeting at the Great Hall of the People in Beijing, says he's separating from the U.S. and seeking closer ties with China. Getty Images hide caption 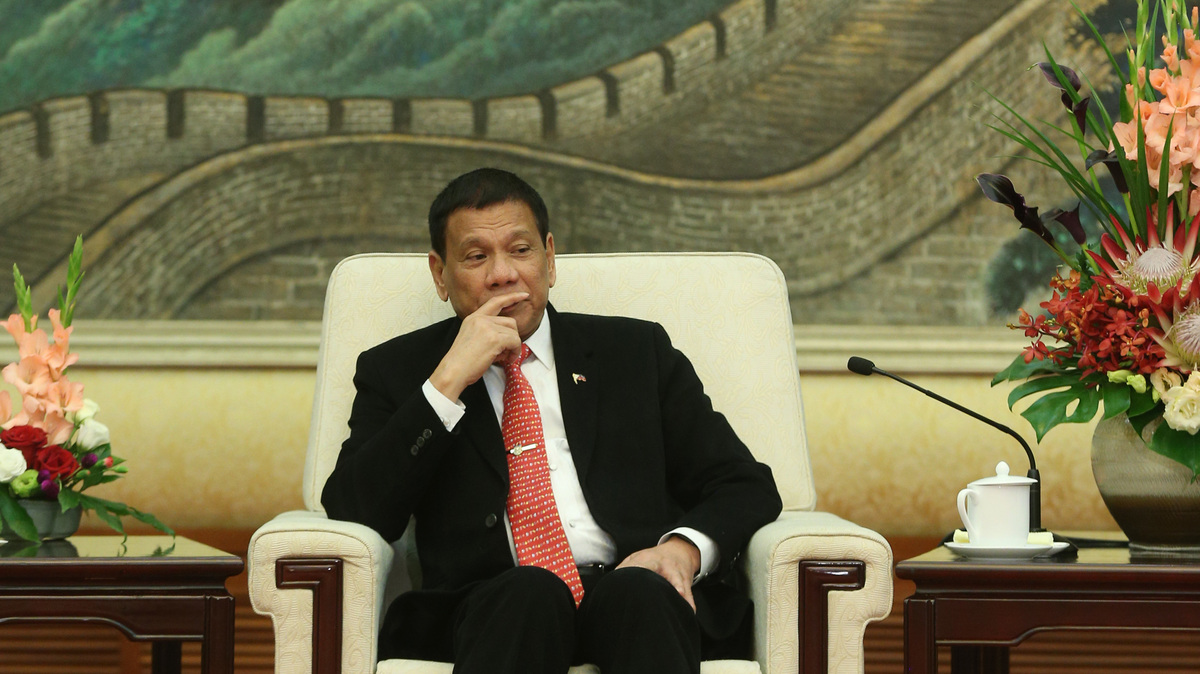 Philippine President Rodrigo Duterte, seen here during a meeting at the Great Hall of the People in Beijing, says he's separating from the U.S. and seeking closer ties with China.

After weeks of anti-U.S. rhetoric that included denunciations of President Obama, Philippine President Rodrigo Duterte has announced "I have separated from them," using his remarks during a state visit to China to seek closer ties with that country.

"I announce my separation from the United States both in the military but economics also. So please you have another problem of economics in my country," Duterte said in Beijing, according to the Philippines' GMA News. The agency quotes Duterte adding, "I have separated from them so I will be dependent on you for a long time but don't worry we will also help."

Since World War II, the U.S. has been the Philippines' closest ally. But Duterte promised a dramatic shift in the relationship this week, during remarks to the Philippines-China Trade and Investment Forum.

"I realign myself in your ideological flow and maybe I will also go to Russia to talk to Putin. There are three of us against the world. China, Philippines, Russia," Duterte said, according to the Manila Standard.

"So far, China has agreed to finance infrastructure in the Philippines, lift its embargo on the import or tropical fruits and encourage tourism to the country. Meanwhile, the American business community in the Philippines is awaiting details of what this announcement might mean in practice."

Duterte's announcement comes less than a month after he said, "I am not really going to break ties" with the U.S. — a clarification he made as he announced a plan to pursue tighter collaborations with China and Russia.

In recent weeks, Duterte has used frank and profane language to distance himself from the U.S. and Obama, from calling the American president a son of a bitch and saying he "can go to hell."

The president's most recent remarks come less than a week after the U.S. military delivered 30 pallets of military equipment to the Philippines, with communications devices and other gear going to the country's Marine Special Operations Group, its Coast Guard and a special force within its national police agency.

During this week's state visit to Beijing, Duterte said that during the Cold War and for years afterward, Filipinos were taught by propaganda to see China as "the bad guy."

Portraying himself as an active student of geopolitics, Duterte said that as president, "I have now the proper perspective to judge whether the foreign policy is good for us or not."

Later in that same news conference, Duterte said: "Why should I not veer to China? China is good. It has not invaded a piece of my country, all these generations." After noting that many Filipinos are of Chinese descent, the president later added, "We have not seen any atrocities committed, of late."