Accessibility links
Venezuelan Authorities Halt Drive To Recall President Nicolas Maduro : The Two-Way Officials have blocked the opposition's effort to trigger a recall election against Maduro, who is presiding over an economic implosion. Key opposition leaders say they have received travel bans. 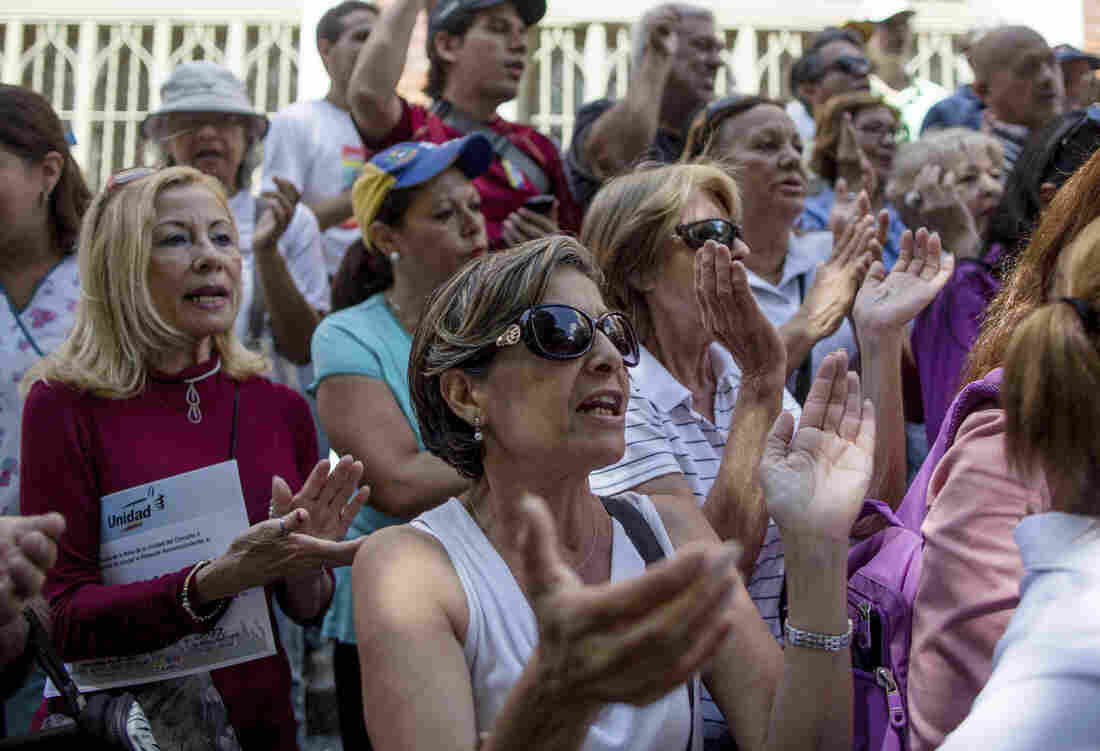 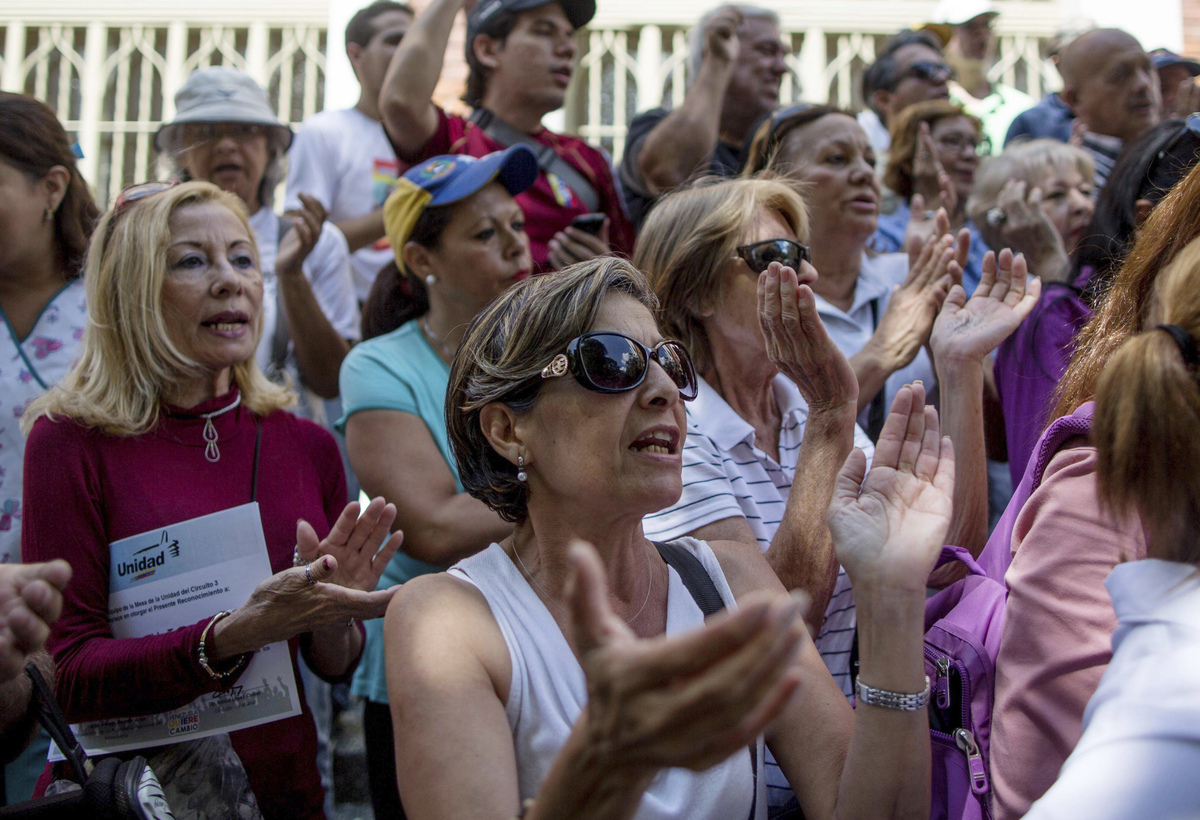 Venezuelan authorities have halted a campaign to hold an election intended to recall President Nicolas Maduro, who is deeply unpopular and presiding over an economic implosion.

The opposition had been preparing to gather signatures next week for a petition drive required to trigger a referendum on Maduro's leadership, the BBC explains.

It's a huge blow to the opposition, whose leaders "are calling it an unconstitutional move by an increasingly authoritarian regime," reporter John Otis tells our Newscast unit.

"Venezuela's electoral council has blocked the recall effort until further notice," Otis adds. "It cited alleged fraud in gathering of signatures required to trigger the referendum. Opposition leaders claim the ruling is illegal and point out that the electoral council is staffed with close allies of President Maduro."

The reports of alleged fraud came from four provincial courts which "issued rulings putting a halt to the effort," as The Wall Street reported.

The fraudulent activity is said to have taken place as opposition groups gathered signatures for a preliminary petition in June. The Journal says four provincial governors "requested injunctions from the courts," alleging that "a few thousand signatures collected by the opposition earlier this year in an initial stage of the referendum were fraudulent, even though the opposition had collected almost 10 times the required number."

Today's decision "could allow Maduro to finish out his term which ends in 2019," Otis adds.

The timing of a potential recall election is significant. According to the BBC, if a recall election were to oust Maduro before the end of the year, the country would hold a new election — and "polls indicate the opposition is likely to win." It would be the opposition's first return to power since Hugo Chavez's socialist revolution in 1999.

But if Maduro was to be recalled by a referendum vote next year, his vice president would complete his term in his stead.

In a separate development, a group of top opposition leaders apparently has been banned from leaving the country.

PHOTOS: Venezuelans Take To The Streets In Protest Against The Government

"Various opposition figures published a document purportedly from a court in the city of Valencia ordering eight people, including opposition coalition leader Jesus Torrealba and twice-presidential candidate Henrique Capriles, to stay in Venezuela," Reuters reports. The document offered no rationale, the wire service says, but it could be related to the fraud allegations.

Venezuela is facing a massive economic crisis that has emptied supermarket shelves and caused hyperinflation. As The Two-Way has reported, the country has recently seen huge street protests against Maduro's leadership.