Accessibility links
Bridgegate Trial: Aide Says Christie Knew Of Traffic-Snarling Plan Well In Advance : The Two-Way New Jersey Gov. Chris Christie knew about a road study that would create a traffic nightmare and used the advance notice to ask about his office's relationship with a local mayor, a former aide says. 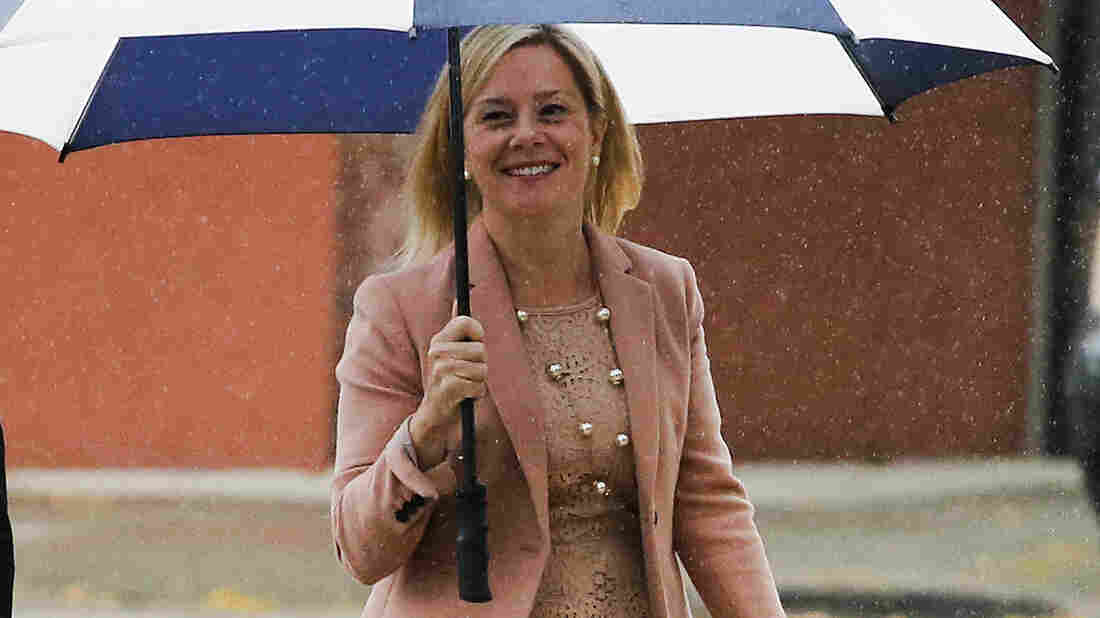 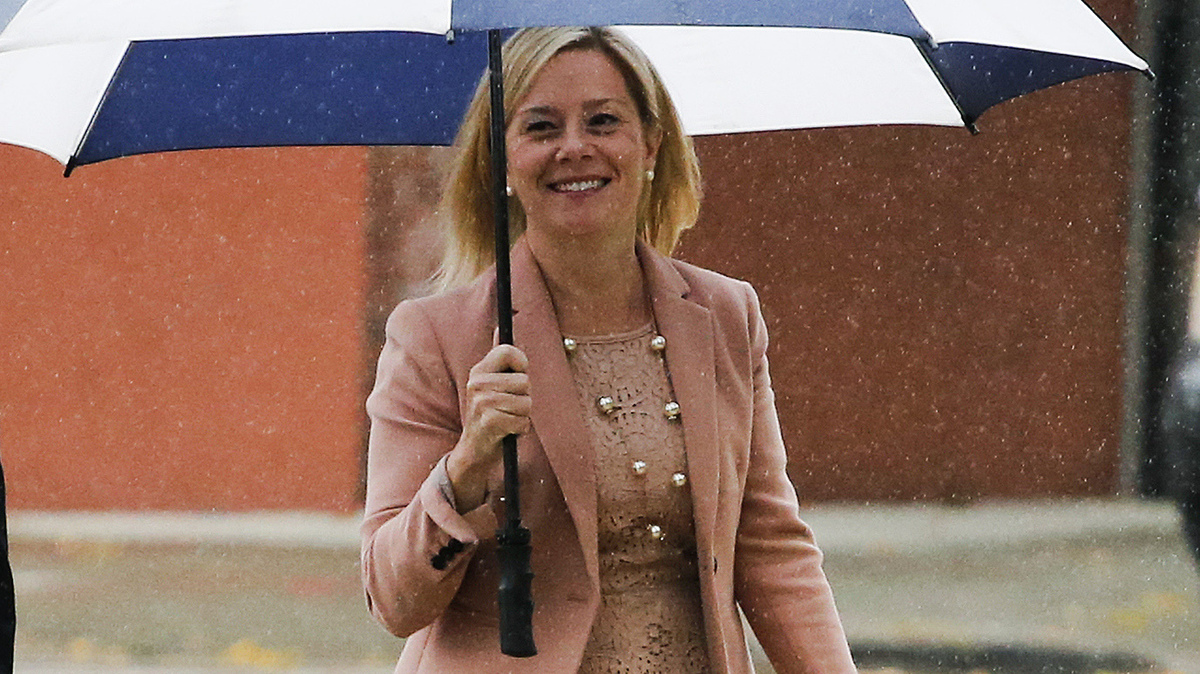 New Jersey Gov. Chris Christie knew about a road study that would create a traffic nightmare — and used the advance notice to ask about his office's relationship with the local mayor, former top aide Bridget Kelly testified in court Friday. Kelly also said that Christie had cursed and thrown a water bottle at her.

Kelly is on trial on federal charges that range from conspiracy to wire fraud. She's the author of the infamous email about the September 2013 lane closures on the George Washington Bridge, and her message in that email — "Time for some traffic problems in Fort Lee" — has been seen as proof that the closures of crucial roads leading into New York City weren't just a mishap of planning, but an attempt to punish Fort Lee's mayor for not endorsing Christie during his re-election campaign.

Kelly, who was fired as Christie's deputy chief of staff in the fallout from the scandal, testified on her own behalf Friday, saying Christie had consented to the Port Authority's plan to shut down the roads for four days — a plan that not only ruined commuters' trips but also frustrated ambulances' attempts to transport patients.

On Friday, Kelly gave new details about the scandal, and about Christie's behavior. Via Twitter, Andrea Bernstein of member station WNYC reports that under questioning by her defense attorney, Kelly testified:

You can also read WNYC's full story on Kelly's testimony.

Months after the closures, Christie held a news conference at which he said he was "embarrassed and humiliated by the conduct of some people on my team" — but the governor also said he had "no knowledge or involvement" in the decision, which he said stemmed from "abject stupidity."

Kelly's testimony comes more than a year after another key figure in the case, David Wildstein, a former official at the Port Authority of New York and New Jersey, pleaded guilty to two counts of conspiracy over the closures. As WNYC reported at the time, "Wildstein told the judge he conspired with Bridget Anne Kelly and [former Port Authority deputy executive director] Bill Baroni to close the lanes" as political retribution.

On the same day Wildstein pleaded guilty in May of 2015, federal officials unsealed grand jury indictments against Kelly and Baroni. Wildstein is now cooperating with prosecutors in the case — and it was he who, back in the fall of 2013, responded to Kelly's "time for traffic" email by replying, "Got it."

As WNYC's Matt Katz reported when testimony began in the case last month, "Defense attorneys allege that Christie put David Wildstein at the Port Authority, created a position for him to be his fixer and his bully and to use the agency to just manage his political operations. He was considered Christie's voice at the Port Authority."

Kelly is expected to resume her testimony on Monday. As WNYC reports, "She has yet to address evidence that indicates she made light of the traffic jams while they were happening."