Accessibility links
At Least 70 Die In Train Derailment In Cameroon; Hundreds Injured : The Two-Way Travelers had crowded onto the train because a section of the main road between Cameroon's two largest cities had collapsed. 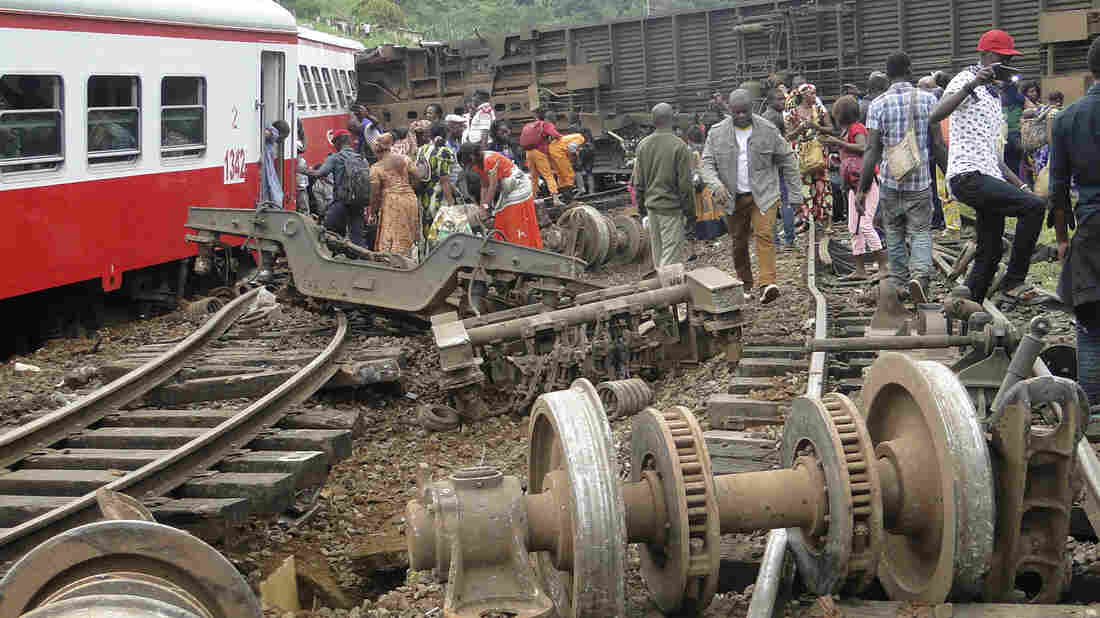 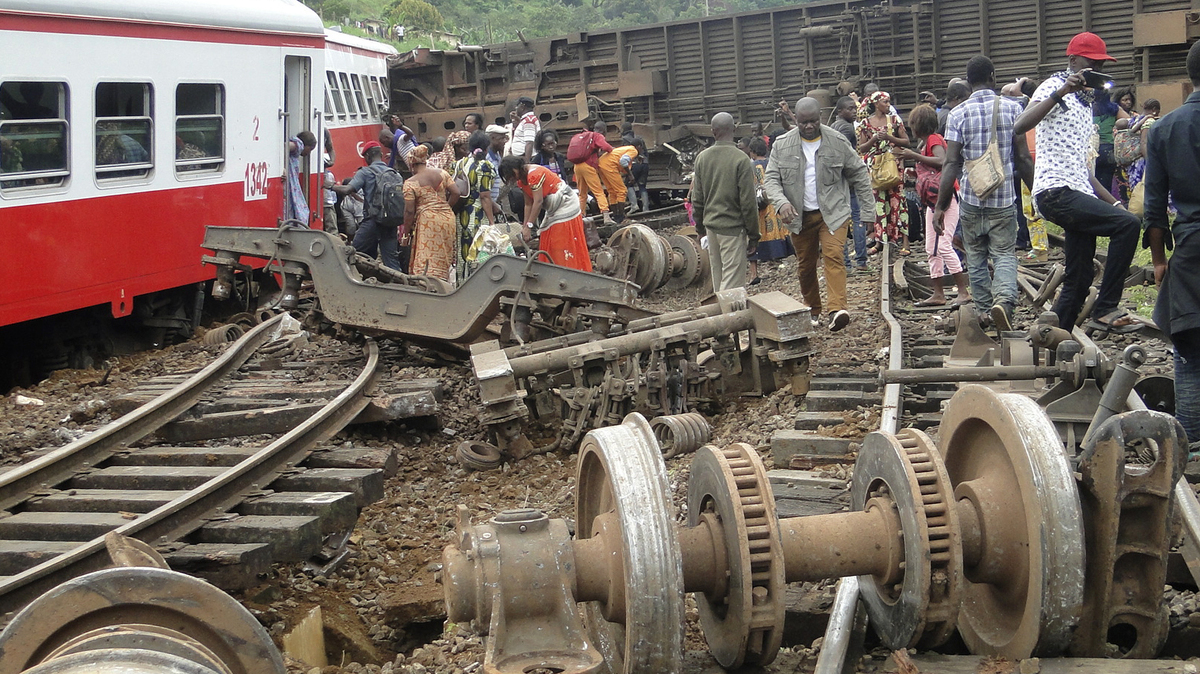 Passengers escape the site of a train derailment in Eseka, Cameroon, Friday. The death toll in the crash rose to more than 70 people Saturday, Cameroon's president says.

The death toll is rising at the site of a train derailment in Cameroon, with President Paul Biya saying the crash of the crowded car Friday killed more than 70 people and wounded 600 more. The train was packed with people because rains had washed out a frequently used road Thursday.

"My heartfelt condolences to the bereaved families of the #CAMRAIL train derailment in #Eseka," Biya wrote on his Facebook page Saturday.

The derailment occurred around midday Friday on the line that connects Cameroon's capital, Yaounde, to the country's largest city, Douala. Travelers had crowded onto the train because a section of the main road between the two cities had collapsed.

Hours before the crash, the train station in Douala was "mobbed" with people trying to make the trip to the capital, according to local website Karawa's Diary.

As emergency crews and members of the public sought to help victims of the crash in Eseka, some 30 miles away, crews worked through the night to repair the collapsed portion of the road near Matomb — and by midday Saturday, the road was reopened to at least partial use, broadcaster Cameroon Radio Television reports.

The cause of the derailment is still under investigation; the privatized train line is operated by Camrail, a French-owned company that's responsible for maintaining the tracks and bridges used by the train.