Accessibility links
Pediatricians Release New Guidance For Preventing Sudden Infant Deaths : The Two-Way Infants should sleep in the same room as their parents for the first six months of their lives, and ideally, the entire first year. That's a key recommendation from the American Academy of Pediatrics. 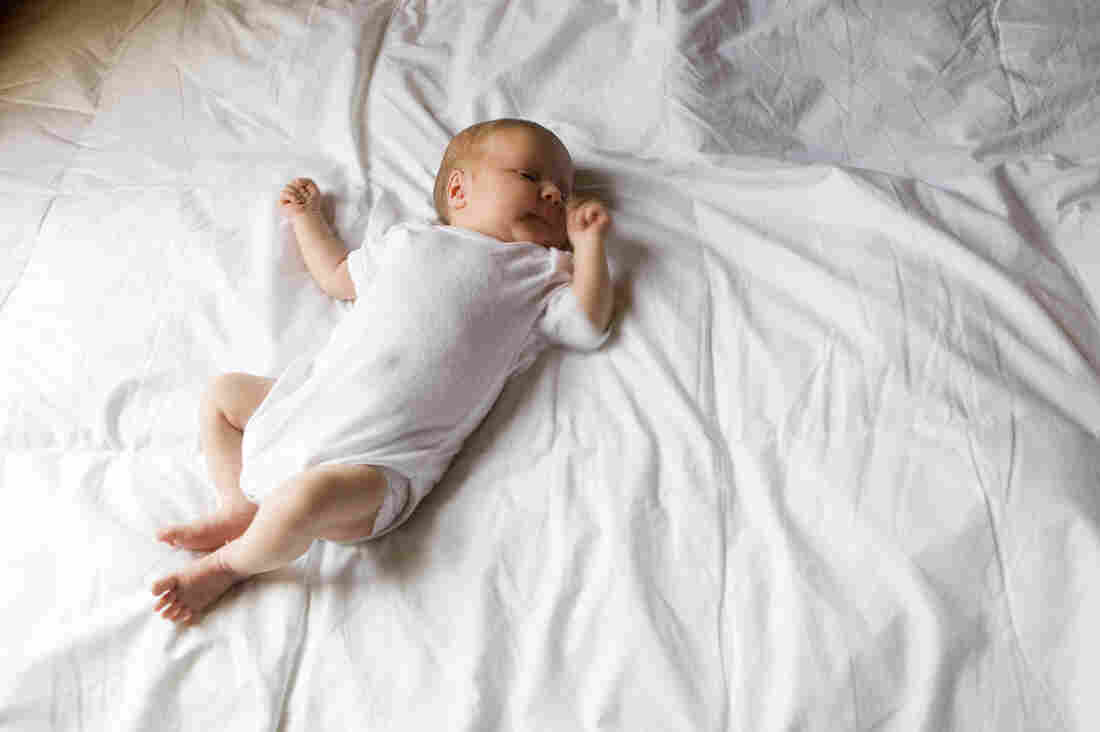 Newborn baby is shown sleeping on a bed. A new report says it's much safer for a baby to sleep alone on a crib with no pillows or blankets. Purestock/Getty Images/Purestock hide caption 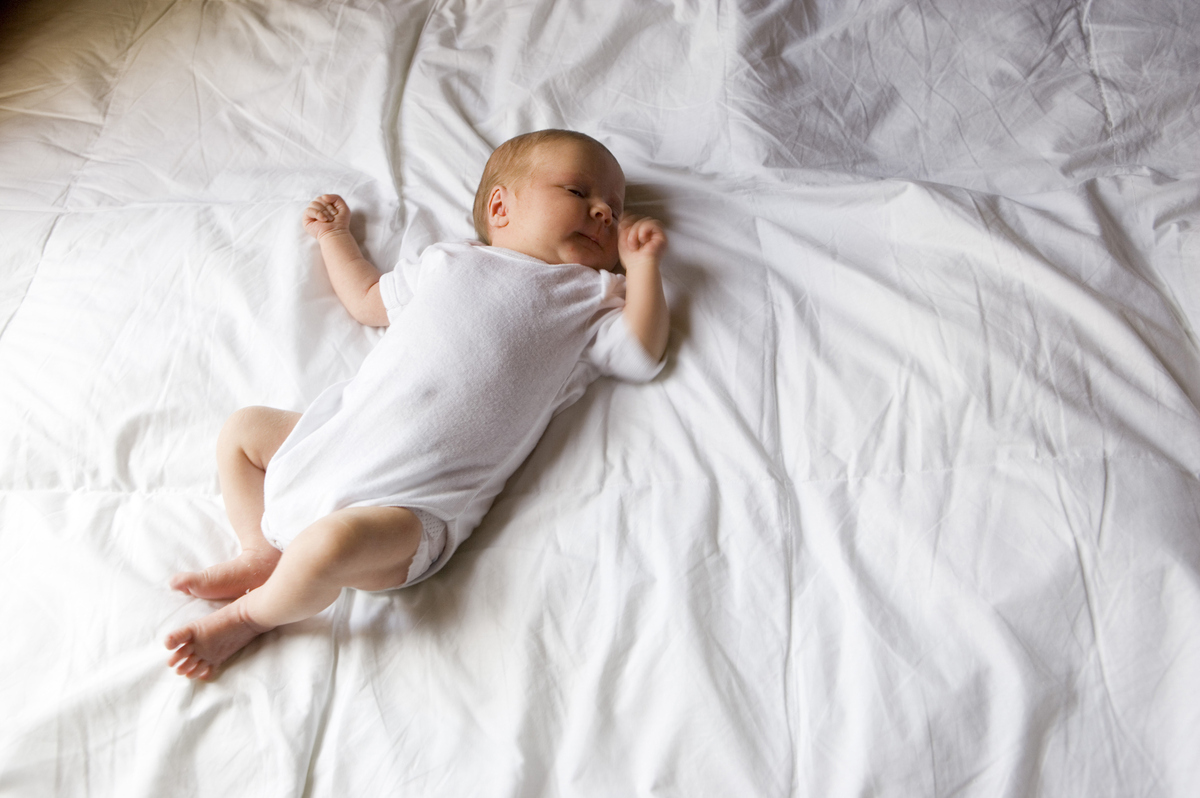 Newborn baby is shown sleeping on a bed. A new report says it's much safer for a baby to sleep alone on a crib with no pillows or blankets.

Parents can reduce the risk of sudden infant death syndrome by keeping their child's crib in the same room, close to their bed, according to the American Academy of Pediatrics.

Does Swaddling A Baby Really Boost Risk Of SIDS?

That's one of the key recommendations in new guidance released today aimed at preventing SIDS, which claims the lives of approximately 3,500 infants every year in the United States. That number "initially decreased in the 1990s after a national safe sleep campaign, but has plateaued in recent years," the AAP adds.

The pediatricians say that children should sleep in the same room but on a separate surface from their parents for at least the first six months of their lives, and ideally the first year. They say that this can halve the risk of SIDS.

It also "removes the possibility of suffocation, strangulation, and entrapment that may occur when the infant is sleeping in an adult bed," according to the recommendations. The AAP discourages sharing a bed with an infant.

You can read the AAP's full guidance here. These are a few more of the pediatricians' recommendations:

"We know that parents may be overwhelmed with a new baby in the home, and we want to provide them with clear and simple guidance on how and where to put their infant to sleep," Rachel Moon, the lead author of the report, said in a statement. "Parents should never place the baby on a sofa, couch, or cushioned chair, either alone or sleeping with another person. We know that these surfaces are extremely hazardous."

In summary, the doctors recommend that whenever babies are sleeping, they should be placed on a firm surface with nothing else surrounding them, on their backs, in the same room as a caregiver.