Accessibility links
Indians Or Cubs, The World Series Will Put An End To One Team's Drought : The Two-Way Even before tonight's opening pitch, the mere fact that these two teams have made it this far is historic in itself. The Indians last won a championship in 1948, and the Cubs haven't won since 1908.

Indians Or Cubs, The World Series Will Put An End To One Team's Drought

Indians Or Cubs, The World Series Will Put An End To One Team's Drought 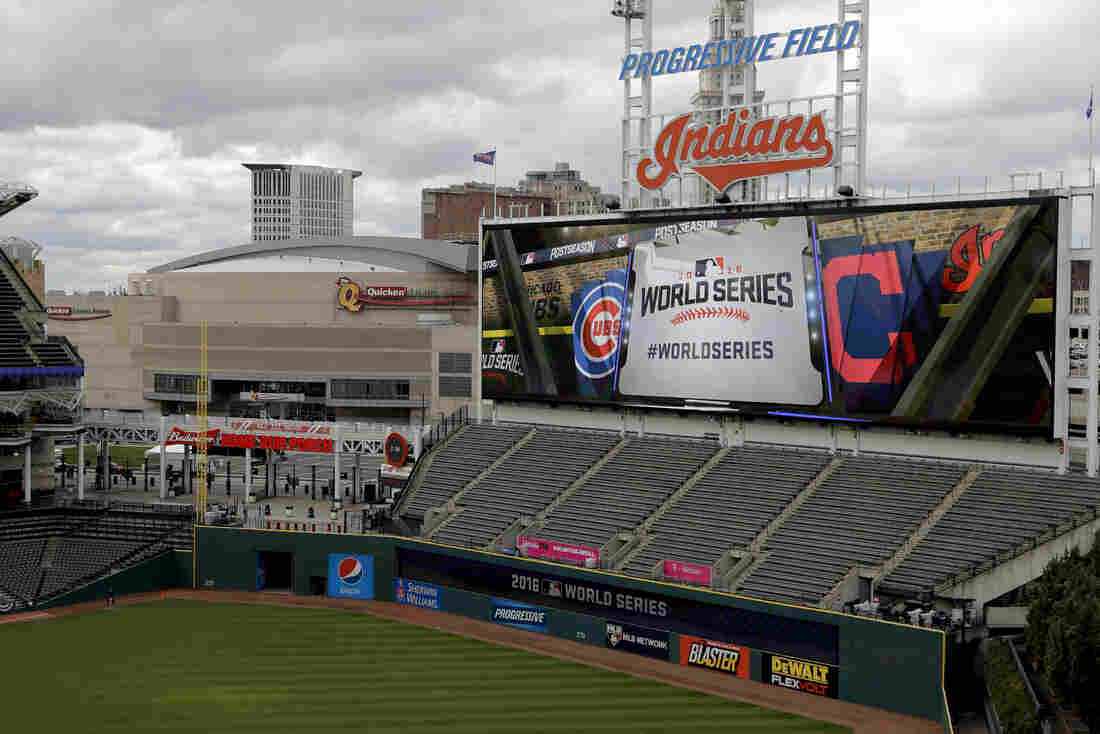 Progressive Field, home of the Cleveland Indians, is set up for Game 1 of the World Series against the Chicago Cubs on Tuesday night. Charlie Riedel/AP hide caption 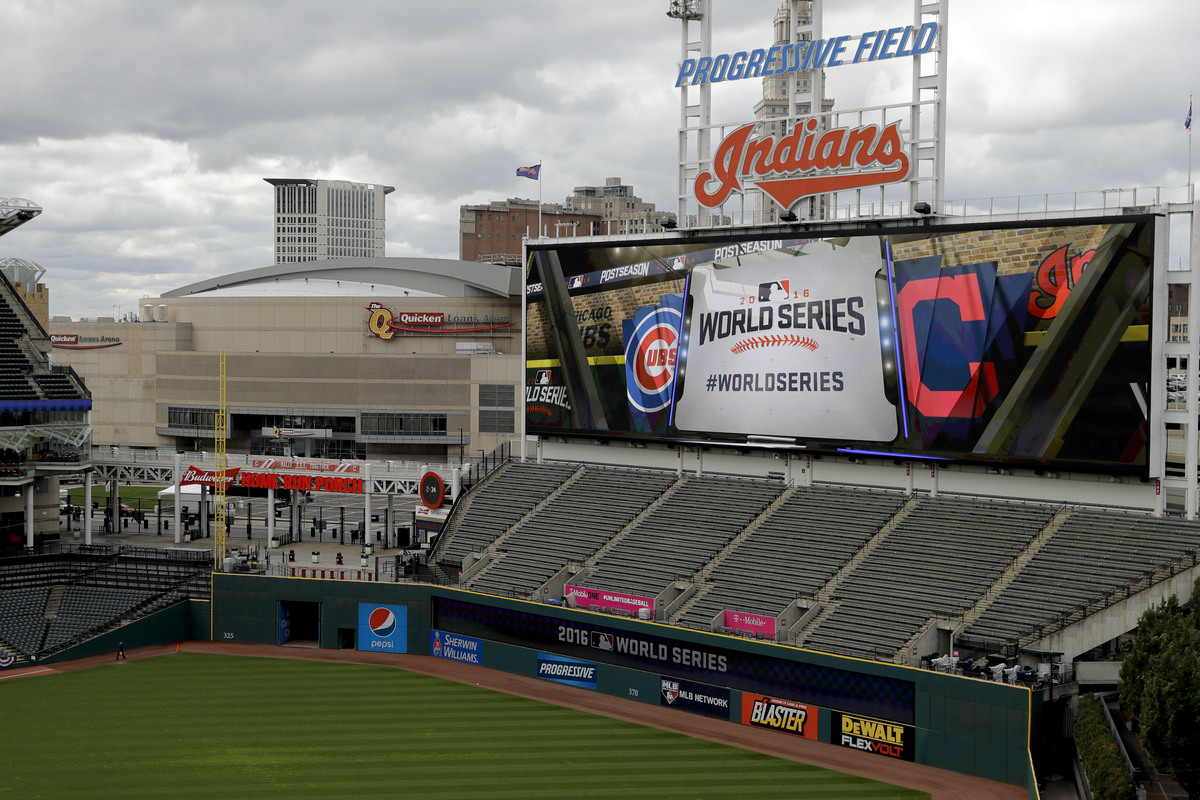 Progressive Field, home of the Cleveland Indians, is set up for Game 1 of the World Series against the Chicago Cubs on Tuesday night.

The World Series opens Tuesday night between the Cleveland Indians and the Chicago Cubs — essentially a matchup of long-suffering vs. longer-suffering.

You can watch coverage of Game 1 in Cleveland starting at 8 p.m. ET on Fox.

The Indians last won a World Series in 1948, and the Cubs haven't won since 1908. Fans and sportswriters are positively buzzing with excitement.

"Most of us have never lived on a planet where one of those teams is the champion of the baseball world," ESPN writes. "So pardon us while we take a moment to get a vertigo prescription filled."

As Cleveland second baseman Jason Kipnis wryly said Monday night: "I think that's a very special part of this series ... that one of these teams has to win," ESPN reported.

The Indians have developed a reputation as "a bunch of grinders," NPR's Tom Goldman says. "They've overcome injuries to key players; they've won seven of their eight games in the postseason by an average margin of just two runs, so they're not blowing people out — they're winning with pitching, timely hitting, defense, base-stealing. They're grinding."

The Cubs are favored to win going into this series — including with Las Vegas oddsmakers, as Tom reports. "The Cubs won 103 games during the regular season; that was a major league best. They have a star-studded lineup. Five of their players were elected as starters in this season's All-Star Game. The Indians had zero," he says.

But at the same time, Tom notes that you "can never count out a bunch of grinders."

Fans have flooded into Cleveland for Game 1, and as reporter David Barnett of WCPN ideastream tells All Things Considered, "the city's Convention and Visitors Bureau reports that all downtown hotels are sold out, reminding some here of the GOP convention this past summer." And while Cleveland fans are longing for a baseball victory, the city does have a big sports win under its belt: The Cavaliers won this year's NBA title.

The start of the World Series also has Cubs fans wondering whether this championship could spell the end of the "Curse of the Billy Goat." As legend has it, when a man was barred from bringing his pet goat into Wrigley Field in 1945, he reportedly said something along the lines of "Cubs ain't going to win no more," Tom reports.

Some Cleveland fans are determined to keep that jinx alive. As Cleveland.com reports, a few Indians die-hards brought two goats to the gates of the baseball field to "perform their own goat curse."