Accessibility links
Settlement Deal Reached In 2014 West Virginia Chemical Spill : The Two-Way Residents affected by a leak of a coal-washing chemical into the Elk River reached a deal with a chemical company. A class-action suit against a water company was set to move forward in federal court. 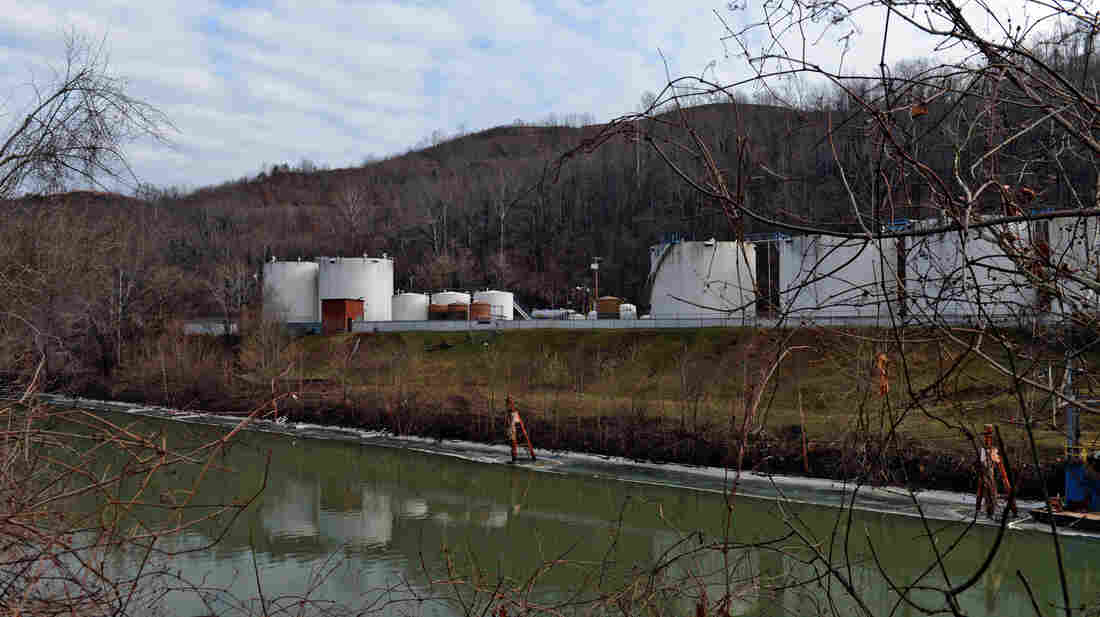 Freedom Industries, which owned storage tanks blamed in a January 2014 chemical spill, filed for bankruptcy later that month. The company's facility on Barlow Street is seen on the banks of the Elk River in Charleston, W.Va. Tom Hindman/Getty Images hide caption 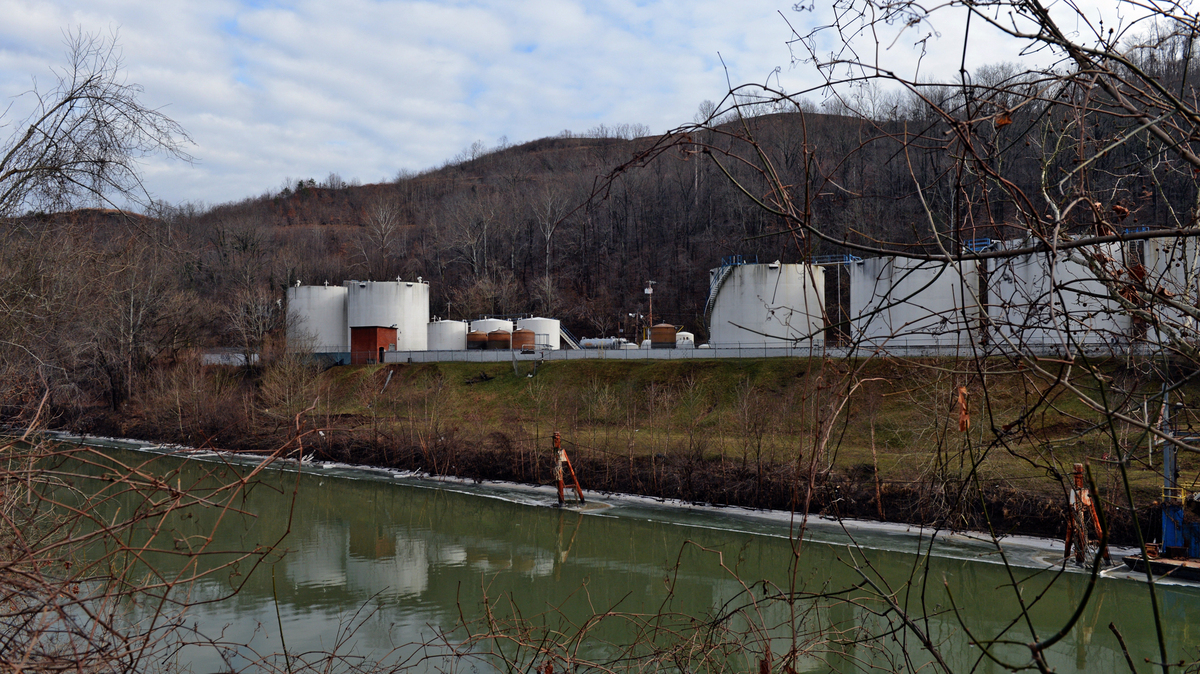 Freedom Industries, which owned storage tanks blamed in a January 2014 chemical spill, filed for bankruptcy later that month. The company's facility on Barlow Street is seen on the banks of the Elk River in Charleston, W.Va.

West Virginia residents have settled part of a civil lawsuit over a chemical spill that contaminated drinking water for thousands of people in 2014, according to The Associated Press.

On Wednesday, court officials told the news service that lawyers representing residents and businesses in and around Charleston, W.Va., had reached a settlement with Eastman Chemical Co. over its involvement in the January 2014 spill of a chemical used for cleaning coal. Terms of the settlement must be approved by a judge.

Eastman had been listed as a defendant in a federal class-action lawsuit, along with the West Virginia American Water Co. and its parent company, American Water Works.

The trial against the water company was set to go forward with jury selection on Thursday, the AP reports, and details of the settlement with Eastman will remain sealed until that trial is over and U.S. District Judge John Copenhaver approves the settlement terms.

Pretrial documents did not list an amount of money being sought in damages from either the water or chemical companies by the hundreds of thousands of people affected by the spill.

Eastman Chemical sold the crude MCHM to Freedom Industries, which owned and operated a storage tank that leaked the chemical into the Elk River. The lawsuit alleged that Eastman had a duty "to warn its customer [Freedom] about storage incompatibilities" because MCHM was known to be corrosive.

Freedom Industries wasn't listed in the lawsuit because it filed for bankruptcy shortly after the spill, as The Two-Way has reported. However, according to court records, plaintiffs already settled claims against Freedom's president at the time, Gary Southern.

In a pretrial court filing, the plaintiffs accused Eastman of neglecting to comply with what they call an industry standard to "know your customer."

The U.S. Department of Homeland Security has suggested "know your customer" policies for the chemical industry as a safeguard against theft of dangerous chemicals for illicit purposes. In the Elk River case, the suit alleges that, although the purpose of buying crude MCHM was not illicit, the customer was nonetheless an unsafe buyer because Freedom's storage tanks were clearly unstable and inadequate for storing the chemical.

The plaintiffs wrote that Eastman did not "ensure its buyer had both the means and the inclination to store and handle [crude MCHM] safely."

"Eastman knew Crude MCHM was corrosive, failed to warn Freedom Industries of the corrosive nature of the chemical and Eastman's chemical did in fact corrode through [a tank]. Despite shipping millions of pounds of its commercialized waste product to a tank farm teetering on a riverbank just above a drinking water intake and sending its primary customer contact to review the tanks at the site, Eastman took no action to ensure public safety."

The allegations against the water provider, West Virginia American Water Co., concern breach of duty to customers. The plaintiffs say the company is liable for damages because it delivered poisoned water to customers, and did not adequately prepare for a leak of that kind near its intake facility on the Elk River.

In the pretrial court filings, the water company disputed the allegations on the grounds that it adequately warned residents once it learned of the contamination.

According to the Charleston Gazette-Mail, members of the class action will be invited to voice their opinions at a hearing on the Eastman settlement once its details are made public and before it is approved.