Accessibility links
Rodrigo Duterte Says He Wants All Foreign Troops Out Of Philippines : The Two-Way U.S. troops are in place at several Philippine military camps under an agreement made before Duterte became president. "We will survive without the assistance of America," he said Wednesday in Japan.

Rodrigo Duterte Says He Wants All Foreign Troops Out Of Philippines

Rodrigo Duterte Says He Wants All Foreign Troops Out Of Philippines 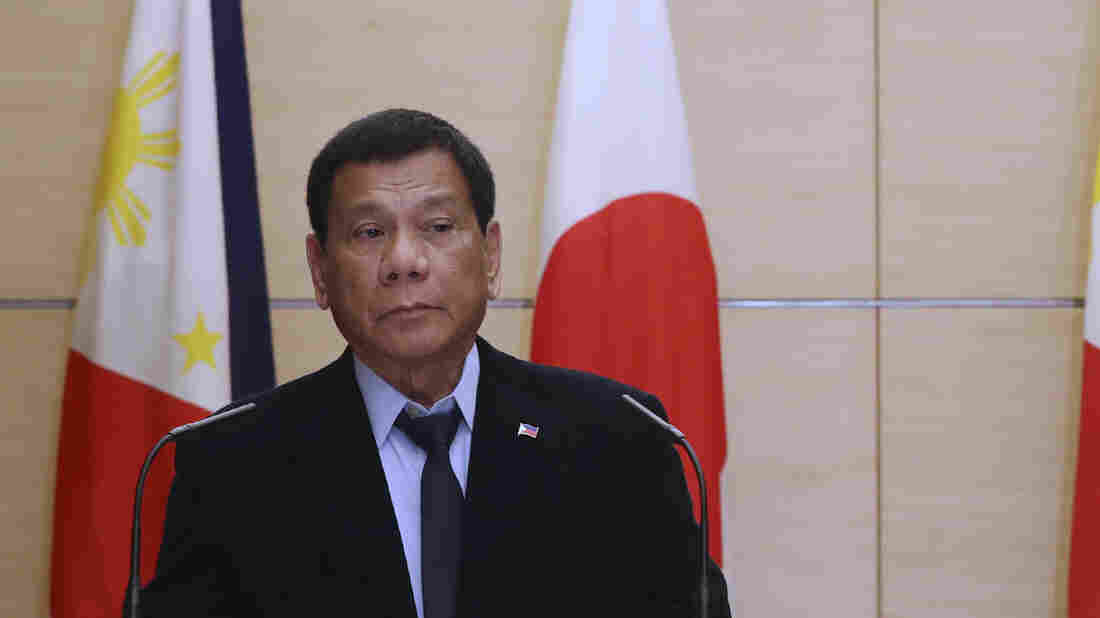 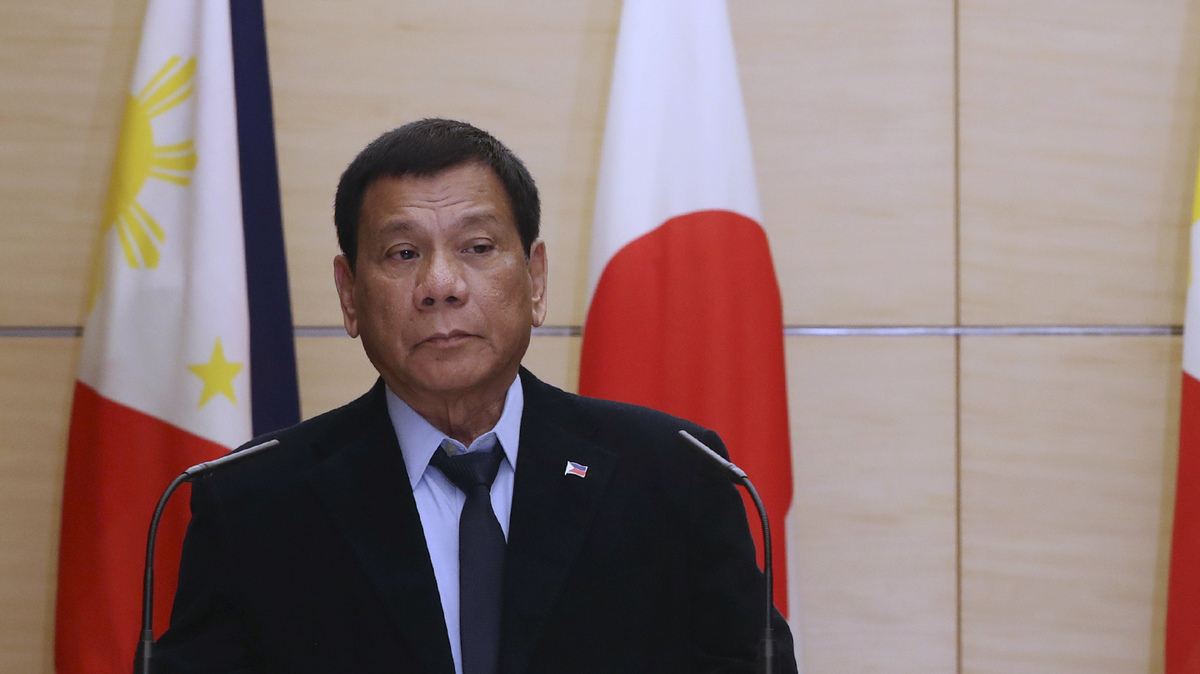 Philippine President Rodrigo Duterte attends a joint press conference with Japanese Prime Minister Shinzo Abe (not pictured) at the prime minister's office in Tokyo on Wednesday. Duterte made a pitch for enhanced economic ties with Japan.

Philippine President Rodrigo Duterte, who has insulted the U.S. and called for an end to joint military exercises between the two countries, said Wednesday that he'd like all foreign troops to leave his country — possibly within the next two years.

Duterte was speaking to an audience in Japan, where he's on a three-day visit.

The U.S. used to maintain military bases in the Philippines, a former U.S. colony, but in 1991, the Philippines voted to eject U.S. forces. In 2014, a new agreement between the countries allowed for some American military presence, intended to counterbalance the growing influence of China in the South China Sea dispute.

Protesters calling for the departure of U.S. troops gathered outside the American Embassy in Manila earlier this month, where police responded violently and a police van repeatedly rammed some of the demonstrators.

Duterte was out of the country at the time — visiting China, in fact. The president, who took office earlier this year, has courted Beijing while distancing himself from the U.S.

The Associated Press has more from Duterte's speech to a business audience in Tokyo:

"In his speech, the Philippine leader departed at the end of his prepared remarks on economic development and investment to address the topic that he said he knows is 'what is in everybody's mind.'

"He said he is pursuing an independent foreign policy, and that he wants foreign troops to leave, maybe in the next two years. 'I want them out,' he said.

" 'I may have ruffled the feelings of some but that is how it is,' he said. 'We will survive, without the assistance of America, maybe a lesser quality of life, but as I said, we will survive.' "

The two leaders did not publicly discuss the U.S., the AP reports. Japan is a staunch U.S. ally, and announced this fall that it would operate joint training patrols with the U.S. in the disputed South China Sea region.

NPR's Anthony Kuhn reports that Duterte's recent comments about his foreign policy plans have been both concerning and baffling to international leaders.

"Last week in Beijing, Duterte said he was separating from the U.S. and shelving maritime disputes with China," Anthony says. "Now in Tokyo, Duterte says that he will support Japan on security issues. Leaders in several countries are now quite confused."