Accessibility links
For First Time, U.S. Abstains On U.N. Resolution Criticizing Cuba Embargo : The Two-Way The U.S. has always opposed the annual U.N. resolution calling for an end to the U.S. embargo on Cuba, but it abstained this time. The White House opposes the embargo and has taken steps to ease it. 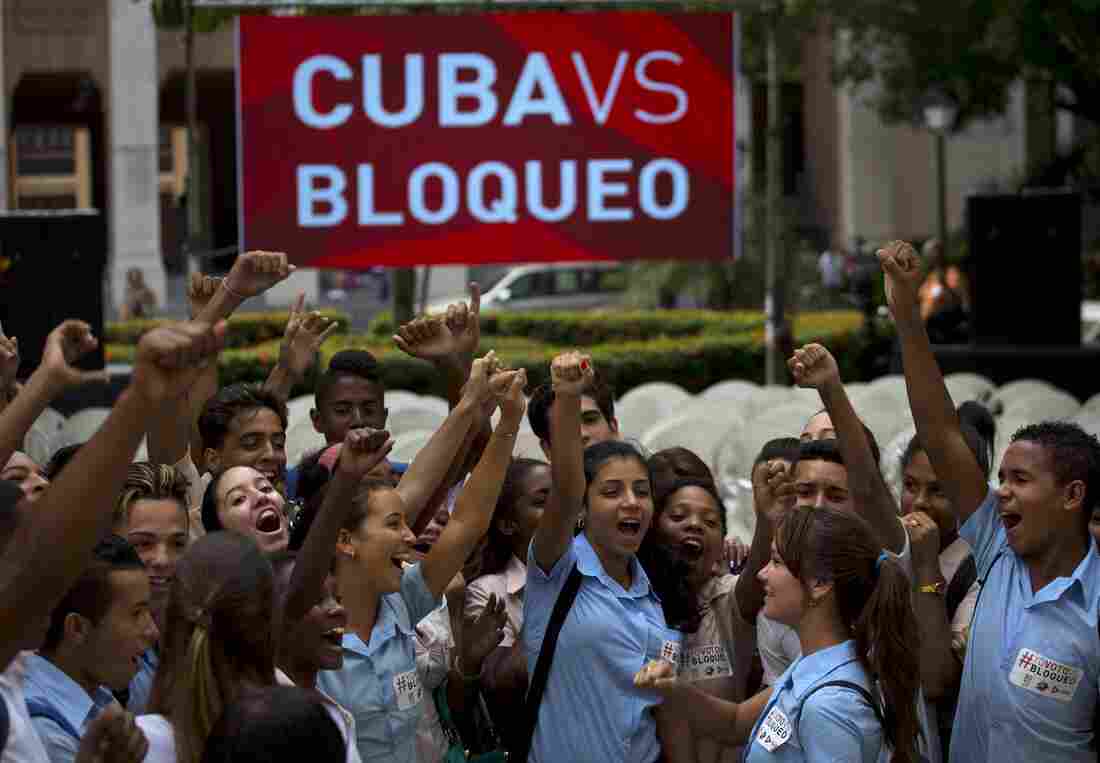 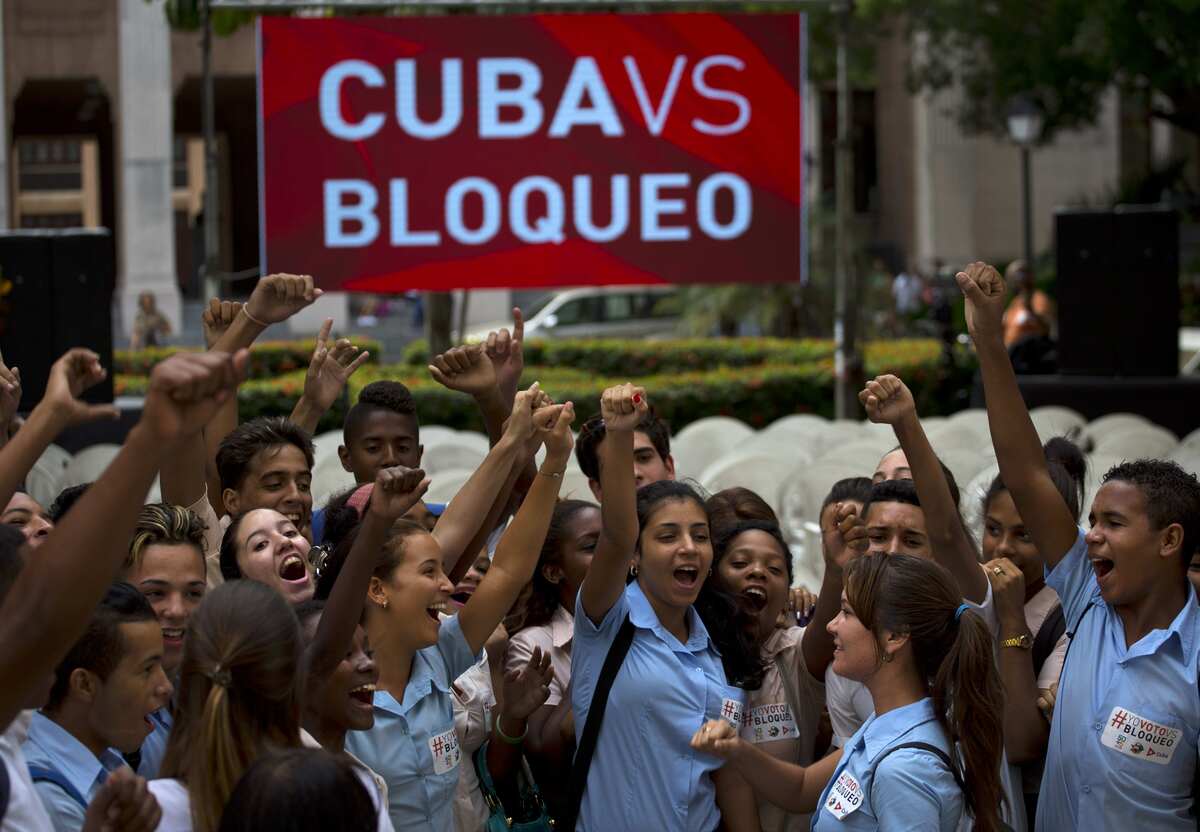 Students in Havana cheer on Wednesday at news that the United Nations General Assembly voted 191-0, with two abstentions, on the Cuba embargo resolution.

The U.N. General Assembly votes every year on a resolution calling for an end to the U.S. embargo on Cuba. The U.S. has always opposed the symbolic measure.

But today, U.S. Ambassador to the U.N Samantha Power told the General Assembly that for the first time, the U.S. would abstain.

U.S. Eases Sanctions Against Cuba Ahead Of Obama's Landmark Visit

It's part of a new approach by the Obama administration, she told the member states: "Rather than try to close off Cuba from the rest of the world, we want the world of opportunities and ideas open to the people of Cuba. After 50-plus years of pursuing the path of isolation, we have chosen to take the path of engagement."

The White House explicitly opposes the half-century-old embargo and has taken a series of actions aimed at easing it, while calling on Congress to repeal it completely. The U.S. and Cuba began normalizing relations in 2014, and President Obama made a landmark visit to the island nation earlier this year.

US will abstain for first time on UNGA Resolution calling for end to embargo on Cuba. No reason to vote to defend a failed policy we oppose

"No reason to vote to defend a failed policy we oppose," Ben Rhodes, a top White House adviser, tweeted. "The embargo denies opportunities to Cubans and isolates the U.S. For the sake of our interests and the Cuban people it should be lifted."

Obama Eases Special Limits On Cuban Products, From Drugs To Rum And Cigars

So why abstain, rather than vote in favor of the U.N. resolution? As Power put it: "I have to be clear, we don't support the shift for the reason stated in this resolution."

The resolution calls for U.N. member states to stop applying laws that, among other things, are in violation of the U.N. charter and those that limit international trade and navigation. As Power said in her remarks, "All actions of the United States with regard to Cuba have been and are fully in conformity with the U.N. Charter and international law. ... We categorically reject the statements in the resolution that suggest otherwise."

Every yr, @UN votes to end US embargo agnst #Cuba. We've always voted "no." Today, for 1st time ever, we abstained. pic.twitter.com/cbNyy0NRdp

This was the 25th time that the U.N. General Assembly has voted on a resolution calling for an end to the embargo, which has been in place since 1962, as Reuters reported. The wire service says the resolution is "non-binding, but can carry political weight."

In her comments, Power noted that "abstaining on this resolution does not mean that the United States agrees with all of the policies and practices of the Cuban government. We do not." She pointed to instances in which government critics have been arbitrarily detained and restrictions on the flow of information to the island.

She characterized today's abstention as a "small step" and closed her remarks by saying she hoped for more such steps — including "finally ending the U.S. embargo once and for all."