Accessibility links
Report Declares Global Wildlife Populations Are Plunging. But It's Complicated : The Two-Way The WWF report asserts that wildlife populations have dropped by a startling percentage since 1970. The details and extent of that decline, however, are more complex than any one number can capture.

Report Declares Global Wildlife Populations Are Plunging. But It's Complicated

Report Declares Global Wildlife Populations Are Plunging. But It's Complicated 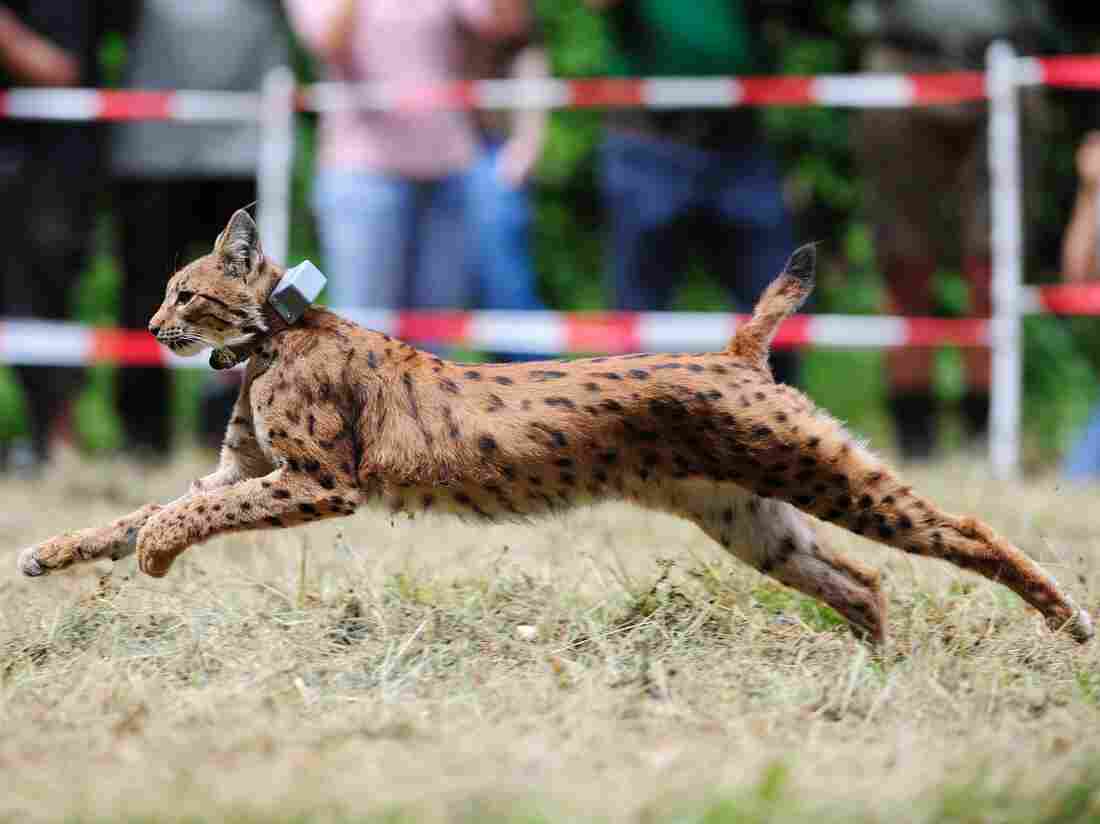 A lynx leaves his cage during a release into the wild, in July in Kaiserlautern, western Germany. Jean-Christophe Verhaegen/AFP/Getty Images hide caption 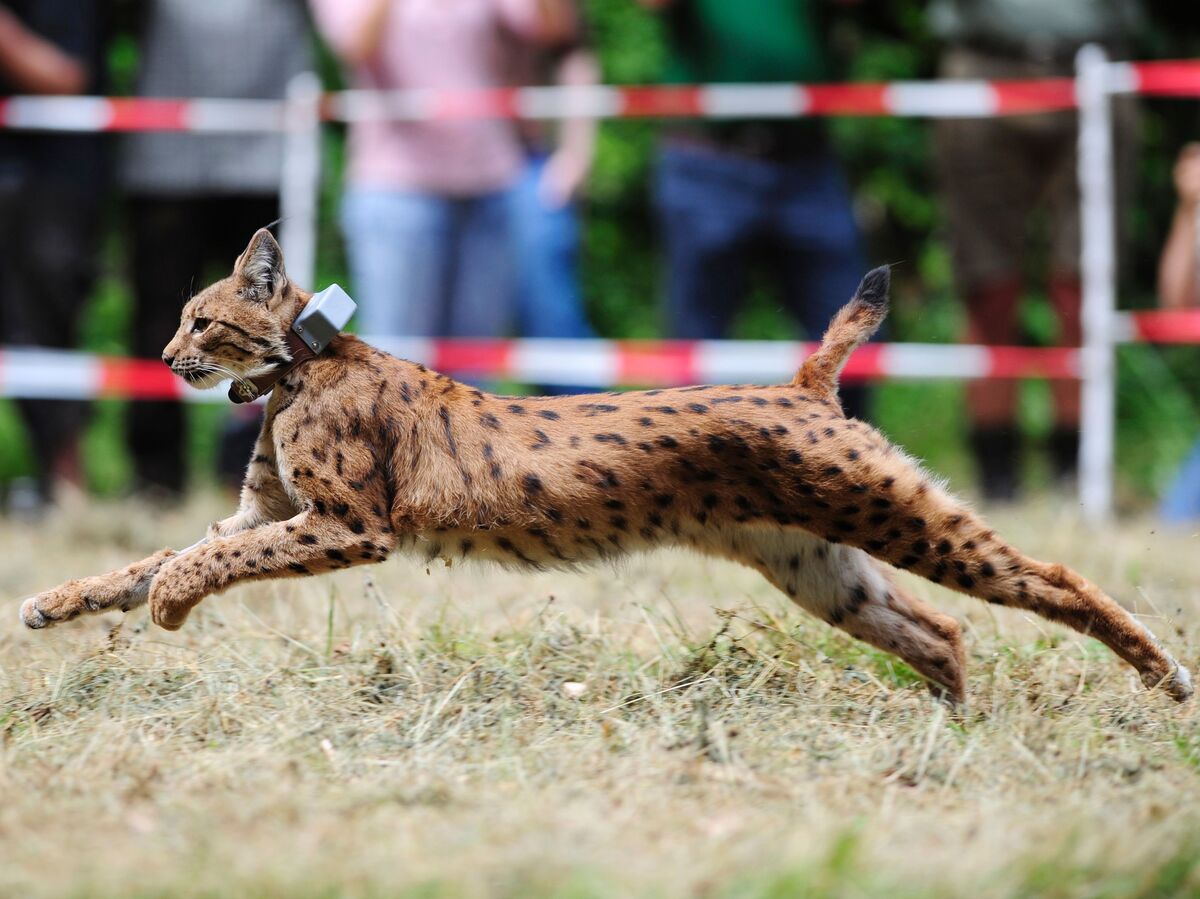 A lynx leaves his cage during a release into the wild, in July in Kaiserlautern, western Germany.

A new report by the World Wildlife Fund warns that global wildlife populations are in steep decline worldwide.

The Living Planet Report, published 11 times since 1998 by the wildlife conservation group, analyzes data on the number of fish, birds, non-human mammals, amphibians and reptiles all over the world. This year's edition, released Thursday, begins with the startling assertion that global wildlife populations declined by an average of 58 percent between 1970 and 2012.

The report was not peer-reviewed, as it would have been if it were published in a scientific journal. The editor-in-chief, Natasja Oerlemans, is a Dutch politician and former leader of a political party called the Party for the Animals.

And while the underlying point — that many species of wild animals are declining in number — is backed up by individual scientific studies such as this one and this one and this one, at least one conservation expert doesn't agree with the accuracy of the overall magnitude of population decline suggested by the WWF report.

"I think the trouble with that [58 percent] number, like any single number, is it's meaningless," says Stuart Pimm, who studies why species become extinct and global patterns of habitat loss at Duke University.

"It's certainly true that wildlife is declining, and in some places it's declining precipitously," he says. "But to try to come up with a single number that summarizes all the things that are going on in the oceans, in North America and Europe, Africa South America ... into a single number doesn't really tell you anything.

"To call it apples and oranges would be too complimentary. It's bird populations in Europe. It's fish in the Pacific. You can't add those together and come up with a number that makes any sense," Pimm says. "Those sorts of numbers come back and haunt you."

But add them together the WWF has. It calls the cumulative measure the "living planet index," or LPI, which the report compares to "the stock market index, except that, instead of monitoring the global economy, the LPI is an important indicator of the planet's ecological condition ... based on scientific data from 14,152 monitored populations of 3,706 vertebrate species (mammals, birds, fishes, amphibians, reptiles) from around the world."

And Colby Loucks, WWF deputy leader for wildlife and one of the people involved in the report, says there is a reason for condensing all that data to a single number. "It's easier for media to grab onto it," he says.

We Pay Billions For Greener Farms, So What Does That Buy Us?

"But," he says, the 58 percent number "does mask some interesting findings." For example, that some animals living in freshwater are struggling far more than those living on land or in the oceans. And that many individual species are increasing in population.

As for what the report does or doesn't tell us about the future of wildlife on our planet, the WWF index says the world is on track for global wildlife populations to have declined by two-thirds between 1970 and 2020. Pimm points out that if this trend continued, there will be no wild animals at all on Earth by the middle of this century.

Loucks doesn't think that will happen.

"The trend in the past can't possibly continue," he says. And Loucks thinks that projecting wildlife population decline by more than four or five years doesn't take into account how future conservation projects will help the problem. The report itself does not project average wildlife population numbers beyond 2020.

The report points out some species and regions where wild animal populations are growing. It notes carnivores such as the Eurasian lynx are rebounding in Europe, and credits the restoration of mangroves in Madagascar, and the removal of Washington state's Elwha River dam with helping fish species.

"Bears, lynx, wolverines ... they demand a lot of space and resources, and they're able to coexist [with humans] in very populous areas," Loucks says. "So that's a good finding you can be happy about."

'Last Gasp' To Save The Florida Grasshopper Sparrow From Extinction

'Last Gasp' To Save The Florida Grasshopper Sparrow From Extinction