Accessibility links
Common Swift: This Bird Can Remain Airborne For 10 Months Straight : The Two-Way These birds fly from Europe to sub-Saharan Africa, but they don't touch down on the continent. Researchers say new findings raise questions about "when and to what extent swifts need to sleep."

This Bird Can Remain Airborne For 10 Months Straight

This Bird Can Remain Airborne For 10 Months Straight 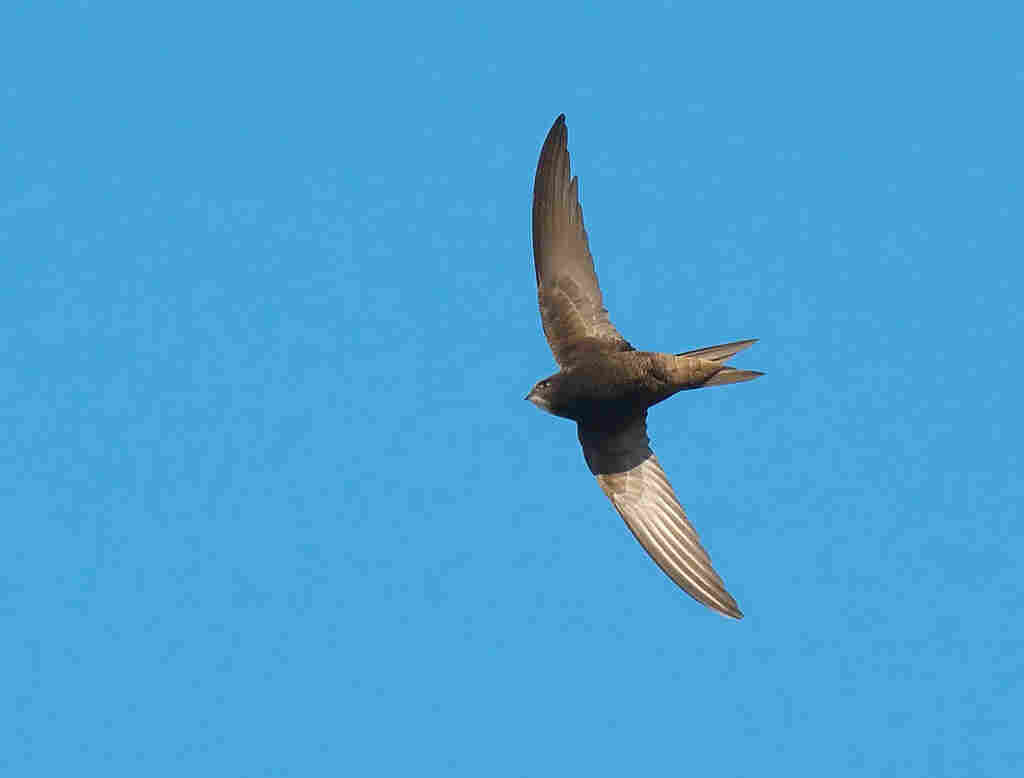 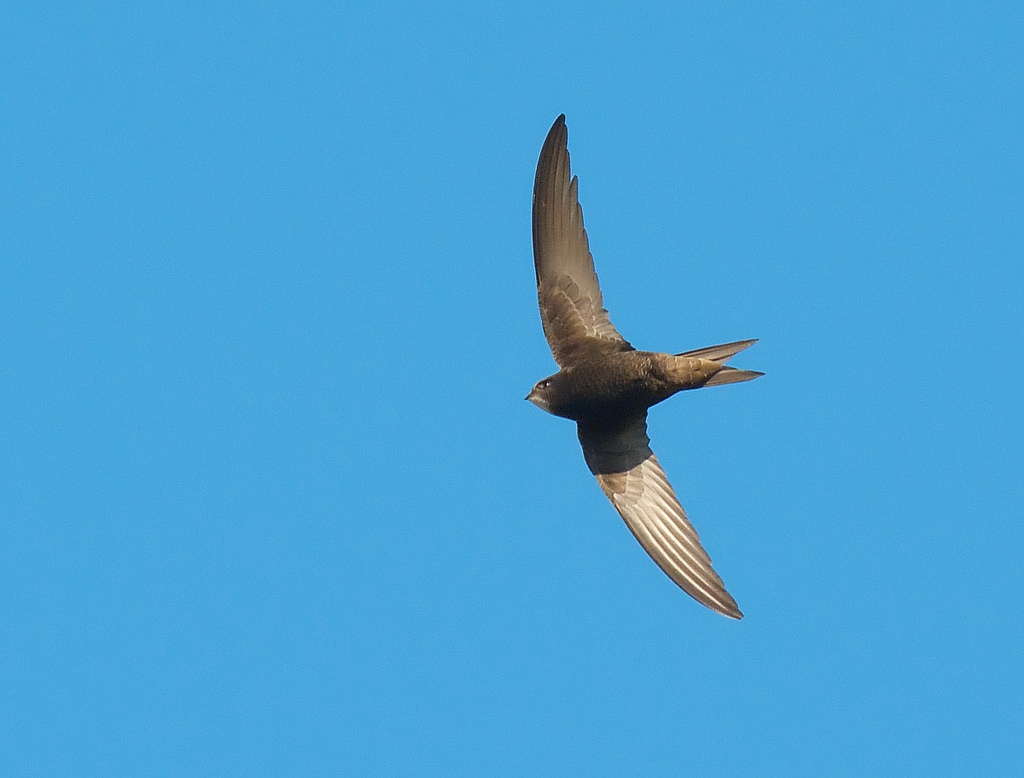 Researchers say the common swift is known for long periods of flight.

Scientists have long suspected that the common swift remains airborne for extraordinary amounts of time during its annual migration.

Now, a team of scientists in Sweden has proved that these birds fly for tremendously long periods of time. They affixed data loggers onto a total of 19 of the master fliers in 2013 and 2014, and recaptured the birds months or years later. Researchers found that the birds can spend almost their entire 10-month nonbreeding period on the wing.

The data loggers gathered information on acceleration and flight activity, and those installed in 2014 also included light trackers for geolocation.

The results were astonishing. For example, according to research published in Current Biology, one of the birds stopped for just four nights in February in 2014 — and the next year it stopped for only two hours. Other birds stopped for longer periods of time. But "even when swifts settle to roost," the researchers say, "the amount of time not flying is very small."

The birds are known to travel from Europe to sub-Saharan Africa — but they apparently don't touch down there, as National Geographic reports. Researchers say they have never found roosting sites in sub-Saharan Africa.

The scientists say that the rarity of the stops during nonbreeding season suggests that the bird may only take a pause because of bad weather. The fact that some birds fly continuously during nonbreeding periods indicates that the species may not actually need to land for sleep. In fact, it's unclear "when and to what extent swifts need to sleep," the paper states.

"They feed in the air, they mate in the air, they get nest material in the air," researcher Susanne Åkesson from Lund University in Sweden tells National Geographic. "They can land on nest boxes, branches, or houses, but they can't really land on the ground."

The birds' shape contributes to this finding; their "wings are too long and their legs are too short to take off from a flat surface," the magazine reports.

The researchers suggest that one driving force behind the bird's incredibly long flights could be its diet. "[S]pecializing in high-altitude aerial insects as a main food source requires the suite of adaptations for efficient flight shown by swifts, ... which compromises terrestrial locomotion and make swifts vulnerable to predators and parasites had they been landing more often," the paper states.

This may remind some eagle-eyed readers of another species with extraordinary flight habits: the frigatebird. As NPR's Christopher Joyce recently reported, those aquatic birds can "stay aloft for weeks at a time," and fly to heights thousands of meters above the sea. And in a recent study, "one of the tagged birds soared 40 miles without a wing-flap."