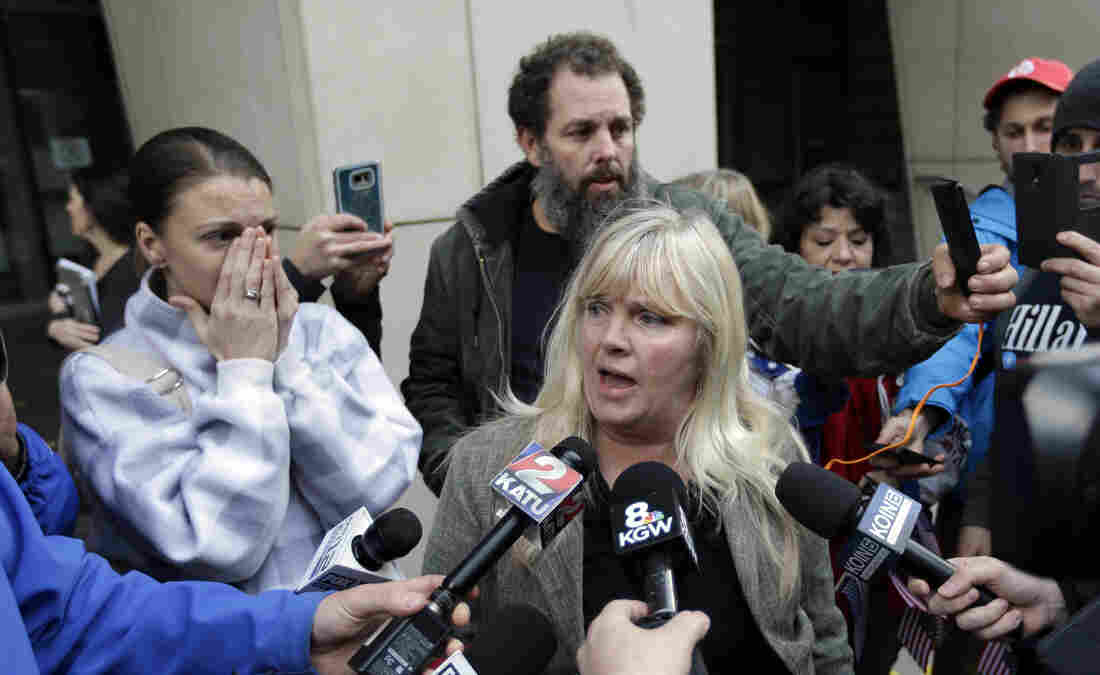 Defendant Shawna Cox speaks outside federal court in Portland, Ore., on Thursday after she and six others were acquitted of charges related to the occupation of the Malheur National Wildlife Refuge. Don Ryan/AP hide caption 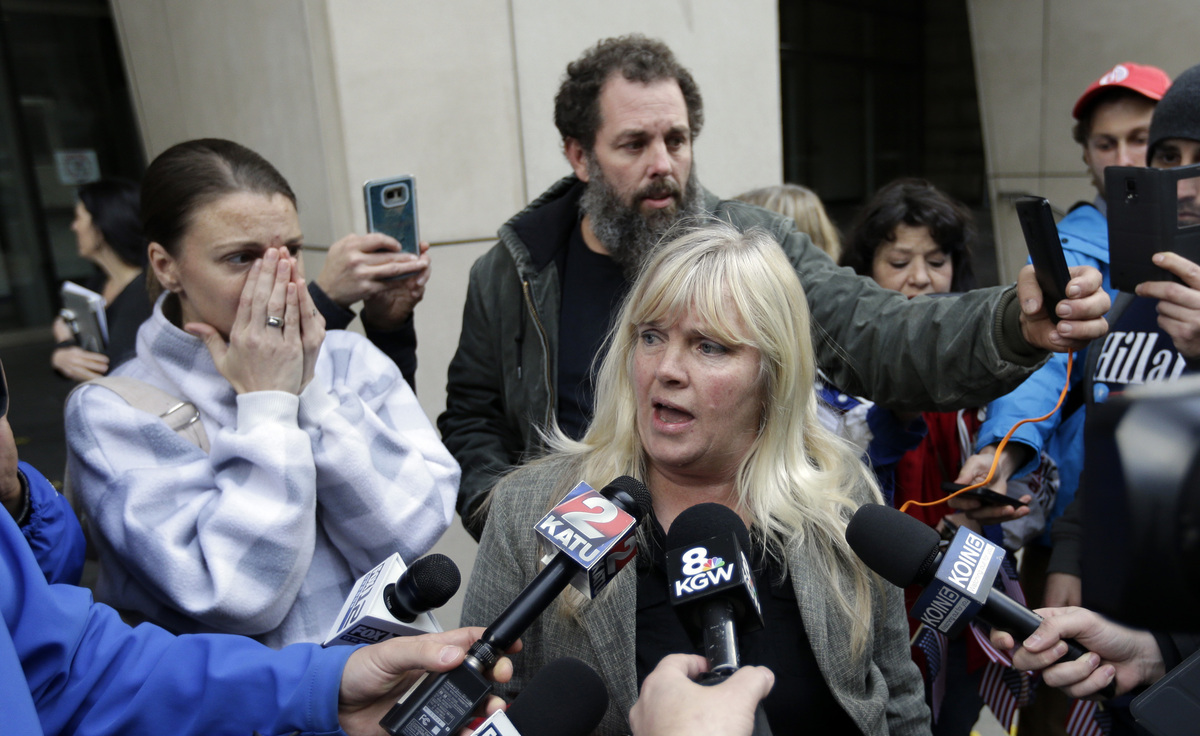 Defendant Shawna Cox speaks outside federal court in Portland, Ore., on Thursday after she and six others were acquitted of charges related to the occupation of the Malheur National Wildlife Refuge.

In a surprise verdict, a jury has found all seven defendants not guilty of charges linked to their 41-day, armed occupation of Oregon's Malheur National Wildlife Refuge earlier this year. The courtroom quickly descended into chaos.

The decision could "have huge implications on the militia movement as well as the federal government's control of millions of acres of public lands in the West," as NPR's Kirk Siegler reported.

The seven defendants were acquitted of the main charge of conspiring to impede federal employees from doing their jobs. As The Two-Way has reported, some defendants also had been "accused of stealing government property and carrying firearms at the refuge." One of the defendants, Ryan Bundy, was charged with theft of government property, but the jury did not reach a verdict. 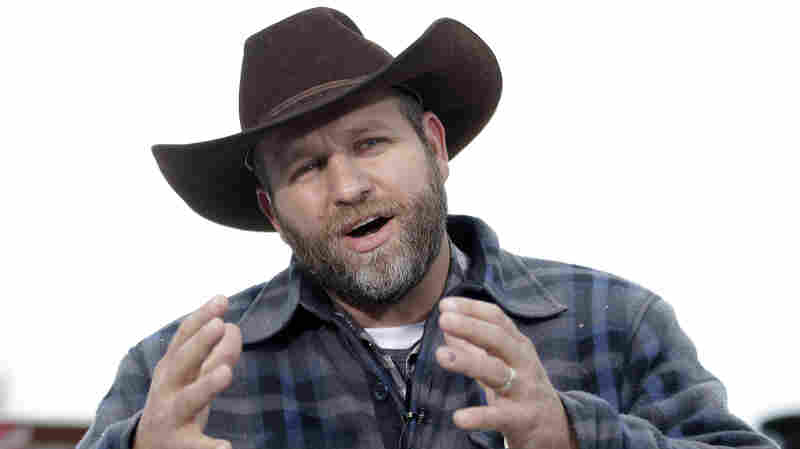 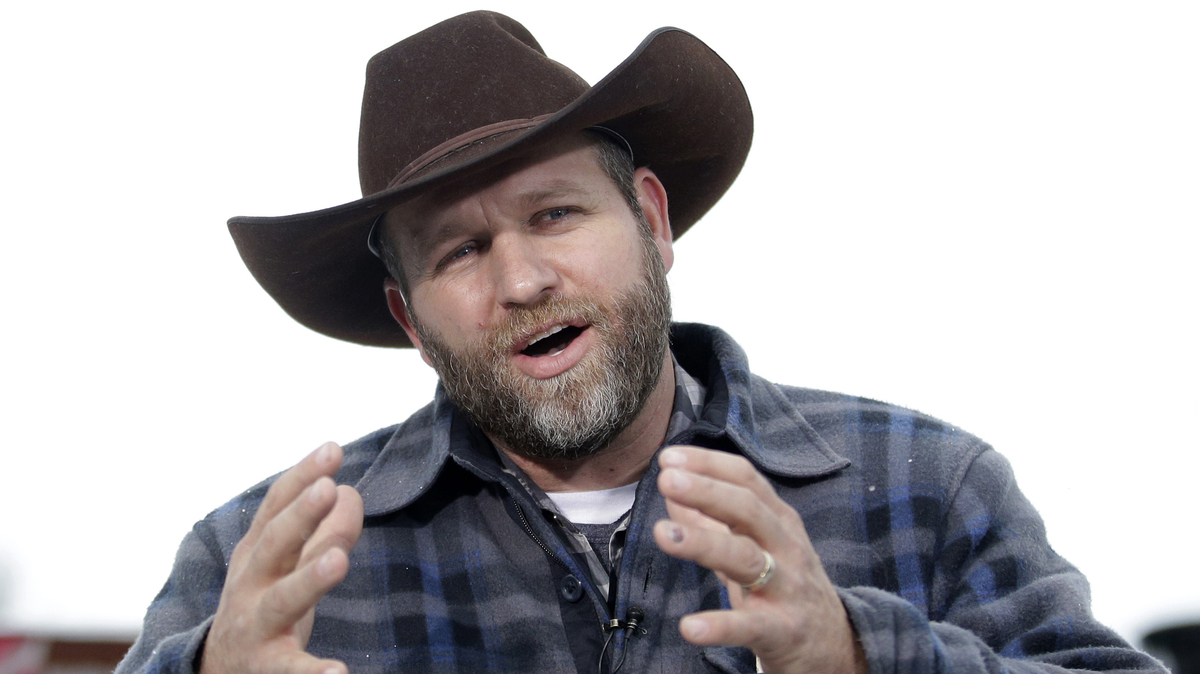 Ammon Bundy, shown during an interview at Malheur National Wildlife Refuge in January, still faces charges related to a standoff in 2014.

The trial lasted nearly six weeks; the jury returned its verdict after less than six hours of deliberations.

That's what NPR member station Oregon Public Broadcasting reported, noting that "the jury was instructed to disregard days of previous work and to re-consider the evidence."

The reason is that one of the 12 jurors was replaced at the last minute, as we've reported, after another juror expressed concern that Juror No. 11's previous work for the Bureau of Land Management could make him biased. He was replaced Wednesday.

The defendants included brothers Ammon and Ryan Bundy, the alleged leaders of the occupation that lasted nearly six weeks. The Bundys' fight with the government is rooted in "unpaid fees for cattle grazing on federal public land," Kirk said, but "their movement has lately attracted conspiracy theorists and other far-right groups that aren't associated with ranching."

"Federal prosecutors had argued the Bundys and their militia conspired to keep federal workers from doing their jobs at the refuge, through threats and intimidation," Kirk reported. "But defense attorneys claimed they were exercising their First and Second Amendment rights in a protest over the federal government's control of public land in the West."

The defendants were allegedly part of a group that took control of the refuge's headquarters in January, setting off a tense 41-day standoff. During that time, one of the militants was shot dead by police. As Kirk reported, the Bundys will remain in custody: They "still face similar federal charges in Nevada for a 2014 armed standoff [with the federal Bureau of Land Management] at their father's ranch."

Even so, Ammon Bundy's lawyer Marcus Mumford told the judge following the verdict that "his client should be allowed to go free," OPB reported. 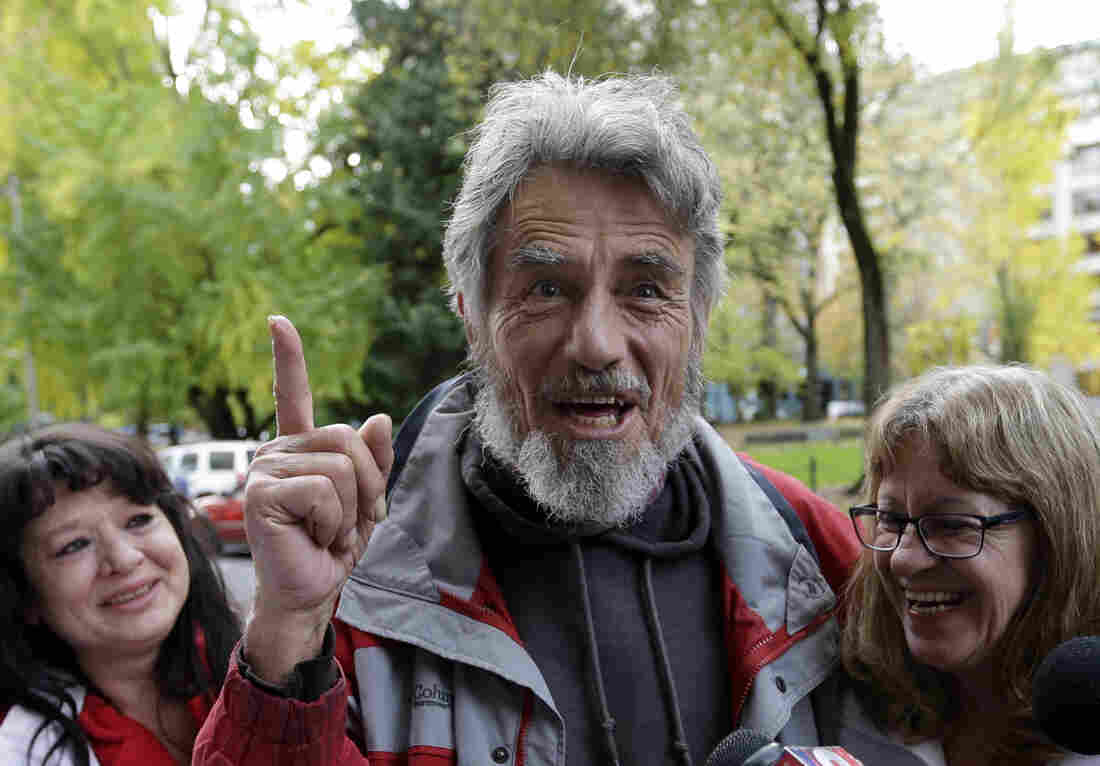 Judge Anna Brown "told Mumford that his client was not allowed to leave, but the attorney persisted, raising his voice as he argued with the judge," OPB reported. "The incident ended with Mumford being tackled by several U.S. marshals and Brown clearing the courtroom."

OPB's Amelia Templeton said marshals used a Taser on Mumford during the scuffle.

Joan Anzelmo, a retired federal land manager, described this as a "very dangerous verdict." As she said to Kirk: "This was a national wildlife refuge that was taken over essentially in an act of domestic terrorism. With arms, and terrorizing the town, threatening the citizens, threatening the employees."

Anzelmo told Kirk that she's concerned that the trial outcome could inspire other anti-government militants to take similar action: "With the way the country is right now, this is going to embolden militia types, who, if they don't like something, they'll take up their arms. And, you know, laws be damned. It is a terrible, terrible day for the United States."

After the verdict, OPB reported, defendant Neil Wampler vowed that he and others in their movement would "build on this tremendous victory for rural America."

There was never a question that the group had seized the refuge with arms, according to The Associated Press:

"Federal prosecutors took two weeks to present their case, finishing with a display of more than 30 guns seized after the standoff. An FBI agent testified that 16,636 live rounds and nearly 1,700 spent casings were found.

"[Ammon] Bundy testified in his defense, spending three days amplifying his belief that government overreach is destroying Western communities that rely on the land."

These defendants are the most high-profile of a larger group. As we've reported, "more than two-dozen people were indicted on conspiracy charges in connection with the case. Many have pleaded guilty, while several others are set to go on trial in February. Charges against one man — Peter Santilli, who broadcast live from the occupation — were dropped."