Accessibility links
Nations Agree To Establish World's Largest Marine Reserve In Antarctica : The Two-Way At 600,000 square miles, the sanctuary covers an area twice the size of Texas and is known as polar "Garden of Eden." This unanimous agreement is the result of years of negotiations. 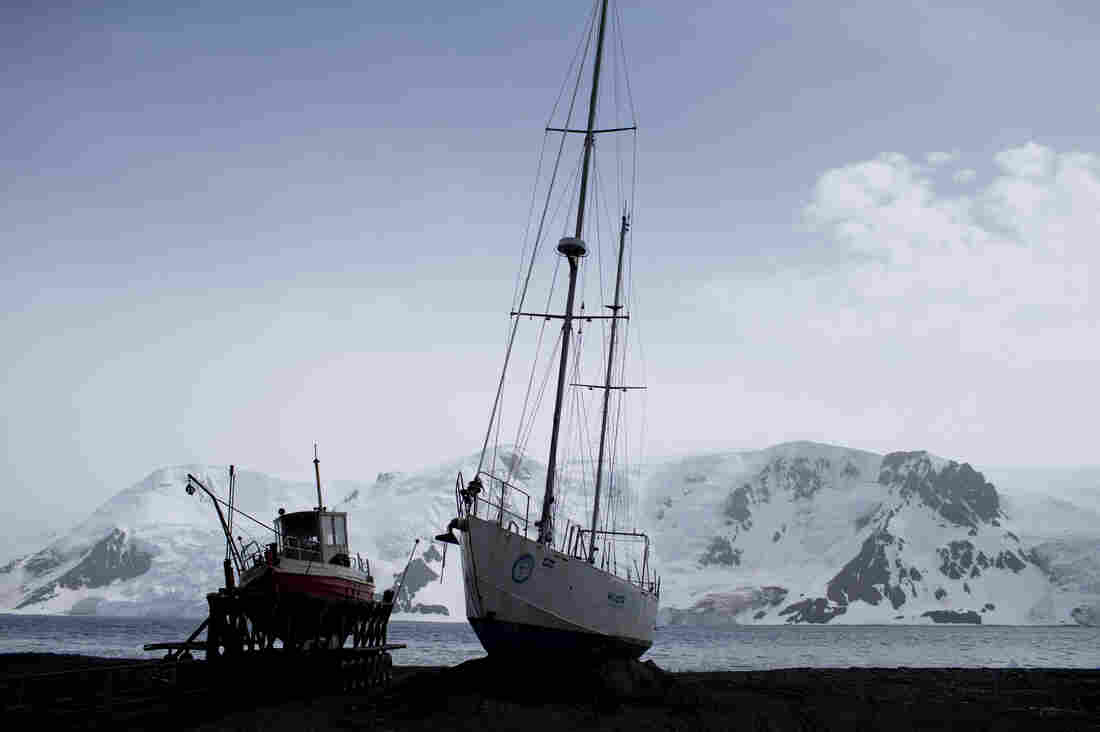 Boats sit on the beach at Bahia Almirantazgo in Antarctica. An agreement was reached on Friday to create the world's largest marine protected area in the ocean next to the frozen continent. Natacha Pisarenko/AP hide caption 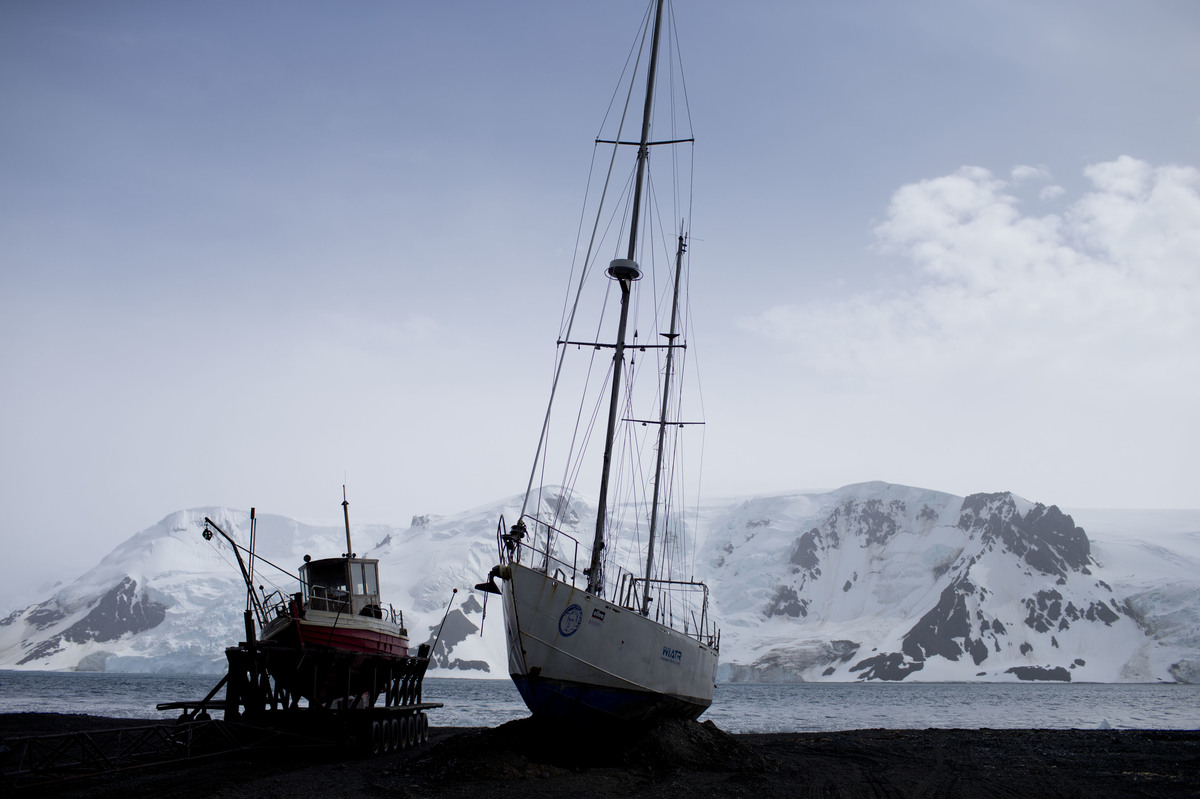 Boats sit on the beach at Bahia Almirantazgo in Antarctica. An agreement was reached on Friday to create the world's largest marine protected area in the ocean next to the frozen continent.

After years of negotiations, nations have reached an agreement to establish the world's largest marine sanctuary in Antarctica's Ross Sea.

Twenty-four countries and the European Union reached the unanimous deal at an international meeting of the Commission for the Conservation of Antarctic Marine Living Resources in Hobart, Australia on Friday.

"The Ross Sea is widely considered to be the last great wilderness area on Earth and known as the polar 'Garden of Eden'," according to a statement from the United Nations Environment Programme. The area is home to "50 per cent of ecotype-C killer whales (also known as the Ross Sea orca), 40 per cent of Adélie penguins, and 25 per cent of emperor penguins."

At 600,000 square miles, the sanctuary covers an area twice the size of Texas, as reporter Stuart Cohen tells our Newscast unit.

"The U.S. and New Zealand have been pushing for the reserve for years," Cohen adds. "But the area is also popular among commercial fishermen. And countries including China and Russia have been holding out, until today."

The agreement is "remarkable" at a time of "strained political relations," as U.N. Environment's Patron of the Oceans Lewis Pugh says in a statement.

"In 1959 at the height of the Cold War, Antarctica was set aside as a place for peace and science," Pugh says. "Today's announcement shows that Antarctica continues to be a place for peace and bridge building, a place where we can find common ground. My hope is that what has been achieved here, can be used to foster dialog and cooperation in other parts of the world."

"It happened thanks to many years of persistent scientific and policy review, intense negotiations, and principled diplomacy. It happened because our nations understood the responsibility we share to protect this unique place for future generations."

Individual countries have established protected areas in their own waters. For example, President Obama recently expanded a marine national monument off the coast of Hawaii to a size nearly as large as this one.

But the Ross Sea sanctuary is only the second-ever marine protected area on the high seas, according to the CCAMLR. The first was established in the South Orkney Islands in 2009 and covered 58,000 square miles in the south Atlantic.

The agreement will come into force in December. Seventy-two percent of the sanctuary "will be a 'no-take zone, which forbids all fishing, while other sections will permit some harvesting of fish and krill for scientific research," the CCAMLR says.

Scientists will be able to compare the impact of areas closed to fishing with other areas where fishing is allowed, according to the CCAMLR. "This enables scientists to research the relative impacts of fishing and other changes, such as those arising from climate change," and "can help our understanding of the range of variables affecting the overall status and health of marine ecosystems." 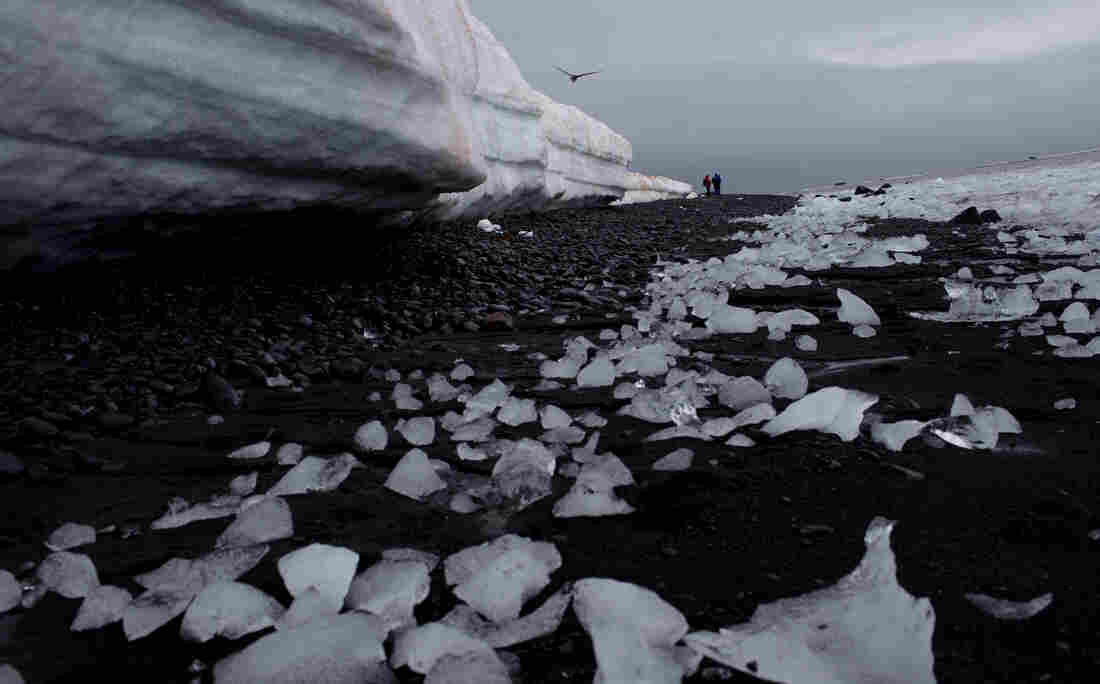 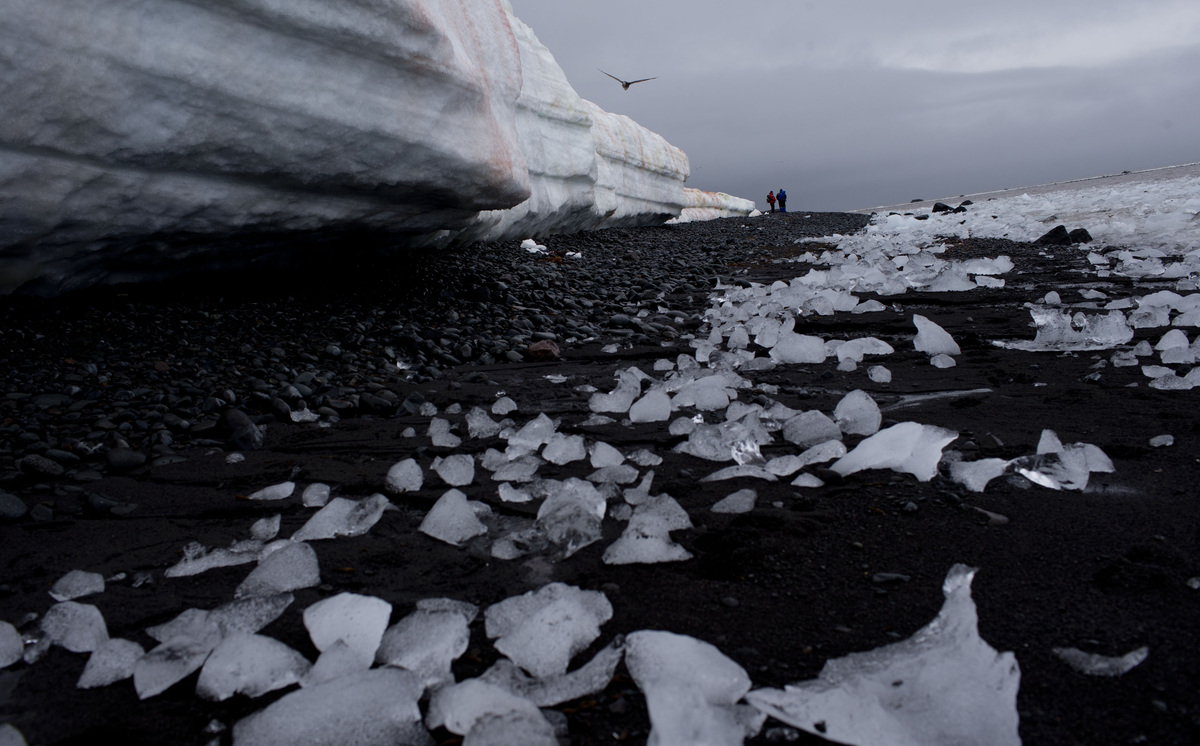 Pieces of thawing ice are scattered along the beachshore at Punta Hanna, Livingston Island, Antarctica.