Accessibility links
Transgender Bathroom Case Goes To Supreme Court : The Two-Way The court said it will hear the case of a Virginia school board that wants to prevent a transgender teen from using the boys' bathroom. The justices are expected to hear arguments sometime next year. 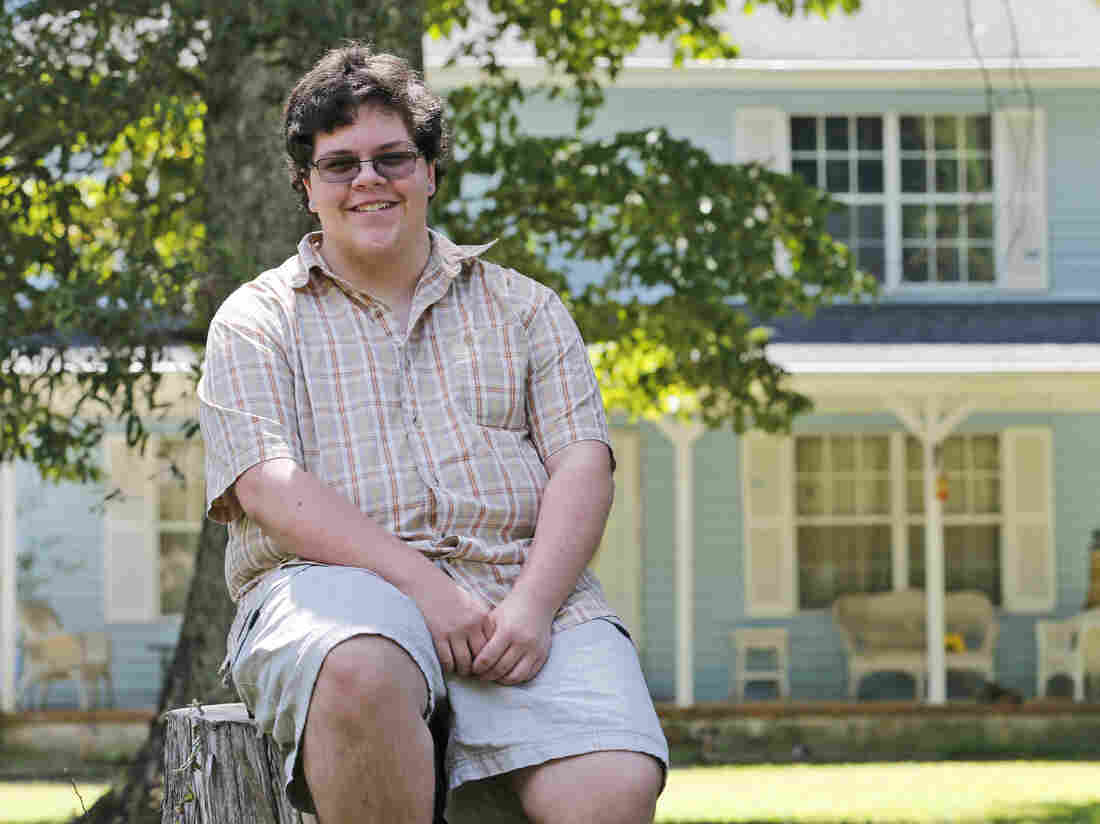 Gavin Grimm, a transgender teen, at home in Gloucester, Va. The Supreme Court will take up transgender rights for the first time, deciding whether the school board may block Grimm from using the boys' bathroom at his high school. Steve Helber/AP hide caption 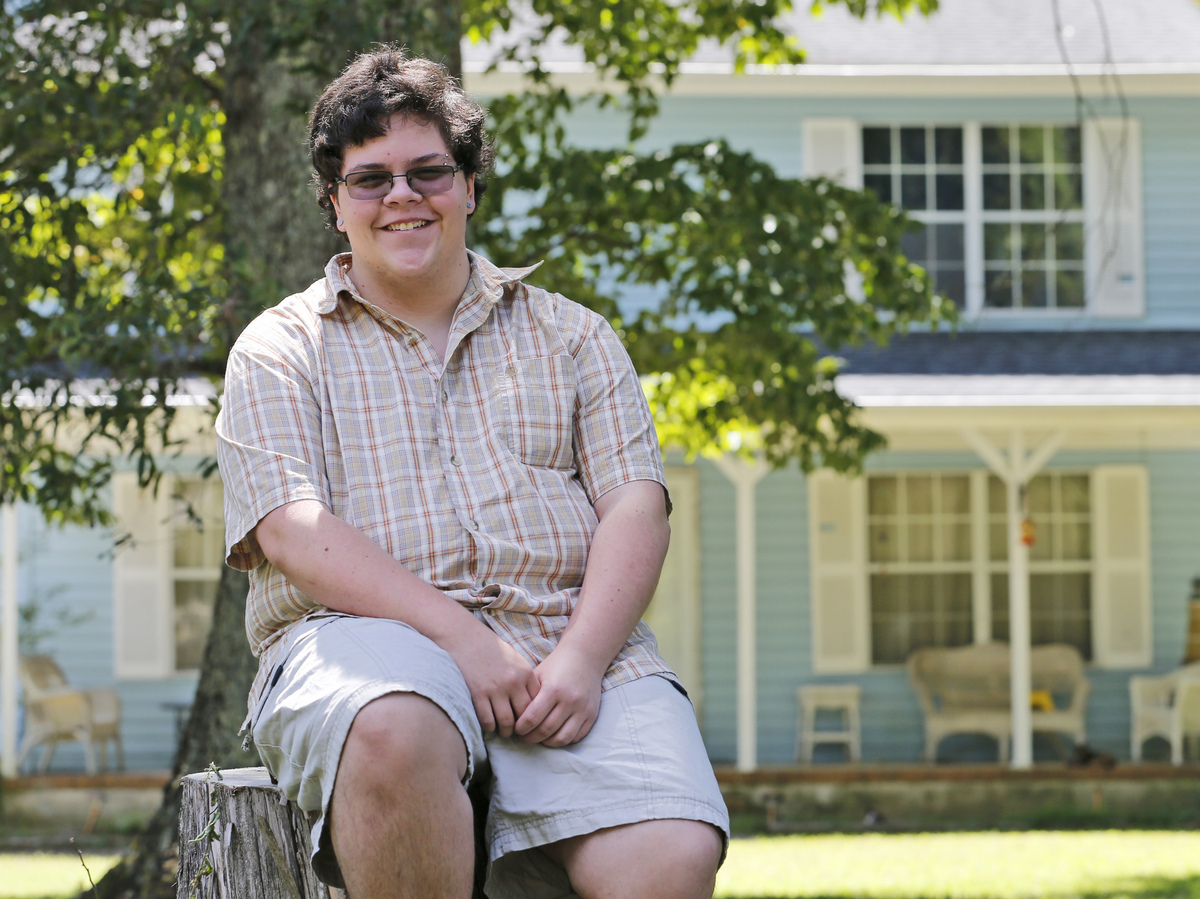 Gavin Grimm, a transgender teen, at home in Gloucester, Va. The Supreme Court will take up transgender rights for the first time, deciding whether the school board may block Grimm from using the boys' bathroom at his high school.

The Supreme Court said Friday it will hear a case regarding transgender students' right to use the bathroom that corresponds with their gender identity.

The justices will hear the case sometime next year.

At issue is whether a Virginia high school student is allowed to use the boys' bathroom. NPR's Nina Totenberg reports:

"Gavin Grimm, a 17-year-old senior in Gloucester County ... came out as transgender when he was a freshman in high school. The school principal allowed him to use the boys' bathroom, until some parents complained, and the school board adopted a policy that required students to use the bathroom that corresponds with their biological sex, or a separate single-stall restroom office."

So Grimm, who has been taking hormones and has grown facial hair, sued the school board. In April, the U.S. Court of Appeals for the 4th Circuit agreed that his case could proceed. Gloucester County then petitioned the court, and in August, the justices ruled 5-3 that the school board did not have to follow the lower court's order. Justice Stephen Breyer said he voted to stay the lower court order as a "courtesy" to maintain the status quo while the court considered whether to hear the lawsuit.

Grimm wrote a column about his case that was published in the Washington Post on Thursday. He said, "If you told me two years ago that the Supreme Court was going to have to approve whether I could use the school restroom, I would have thought you were joking." The column continued:

"I feel the humiliation every time I need to use the restroom and every minute I try to 'hold it' in the hopes of avoiding the long walk to the nurse's office. And the humiliation can come when I least expect it."

He told NPR's All Things Considered, "The alternative facility was a unisex bathroom. I'm not unisex. I'm a boy. And there's no need for that kind of ostracization."

Grimm has the backing of the Obama administration. In May, the White House — citing Title IX, a federal law that protects students from gender discrimination — directed schools to allow students to use the bathrooms that match their gender identities. As NPR reported at the time, "The administration acknowledges this is 'new terrain' for some people and says it wants to help school districts avoid running afoul of civil rights laws."

The administration's move was welcomed by transgender rights advocates, but in August, a federal judge in Texas granted an injunction that blocked the policy from going into effect. The Two-Way reported:

"U.S. District Judge Reed O'Connor has granted a preliminary, nationwide injunction in response to a lawsuit filed by Texas and a number of other states.

"As we've reported, the lawsuit argues that the guidance from the White House would turn schools 'into laboratories for a massive social experiment.' "

Nina reports that the court's decision Friday to take up the case was "somewhat unexpected, given earlier indications the eight-justice court could be tied on the question."