Accessibility links
Airliner Catches Fire At Chicago's O'Hare Airport; No Serious Injuries Reported : The Two-Way An American Airlines 767 aborted its takeoff because of what airline says was "an engine-related issue." The plane caught fire and passengers were evacuated. 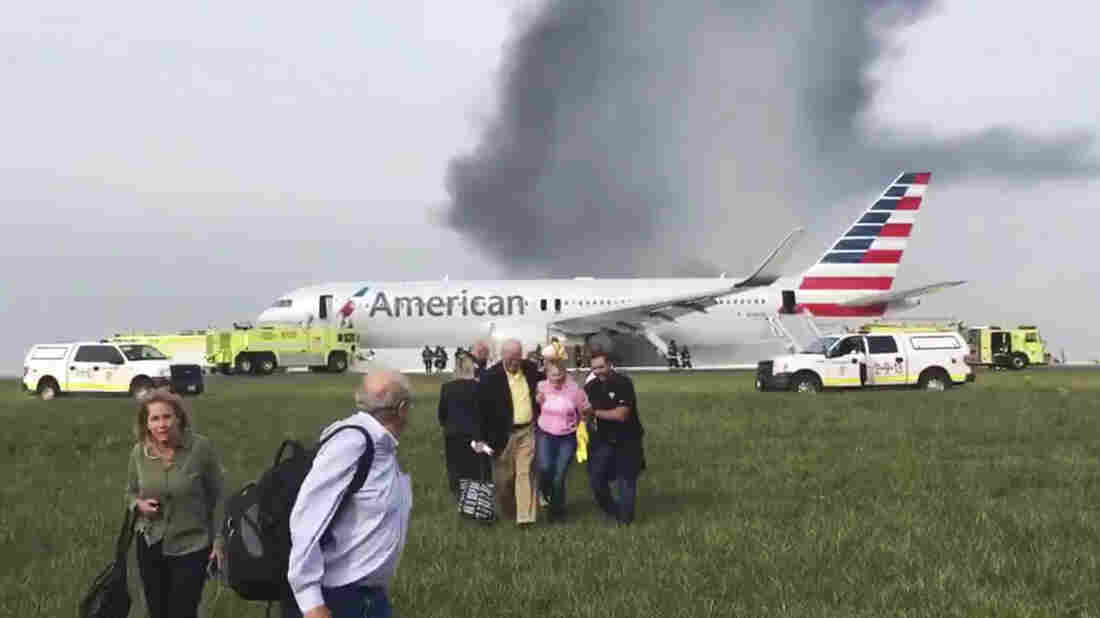 Passengers walk away from an American Airlines jet that aborted a takeoff and caught fire at Chicago's O'Hare International Airport. No serious injuries were reported. Jose Castillo/AP hide caption 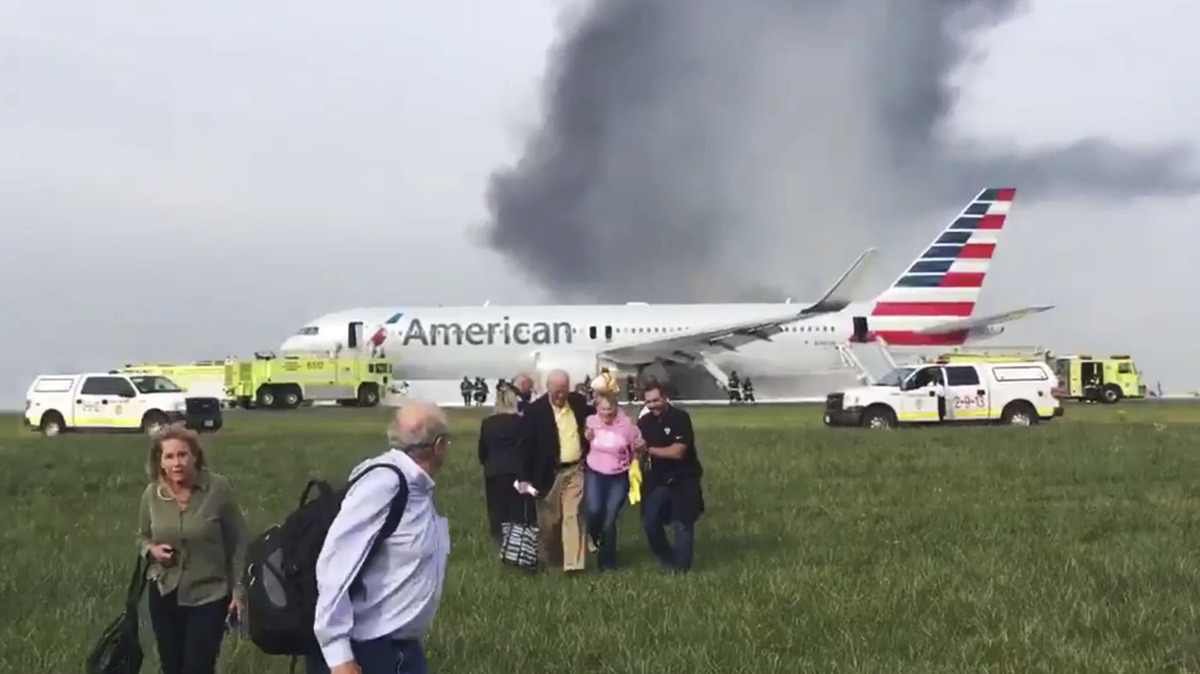 Passengers walk away from an American Airlines jet that aborted a takeoff and caught fire at Chicago's O'Hare International Airport. No serious injuries were reported.

American Airlines Flight 383, a Boeing 767, aborted its takeoff at Chicago's O'Hare International Airport Friday and caught fire. The airline gave the cause as "an engine-related issue." The Federal Aviation Administration said the plane blew a tire. Passengers were evacuated onto the runway.

The city's Office of Emergency Management said 20 people were injured. Earlier the airline had said seven passengers and one flight attendant reported minor injuries and were taken to a hospital. The airline said it rescheduled the rest of the passengers on other flights.

The Associated Press quoted an unnamed federal official on the cause of the incident:

"American Airlines Flight 383 to Miami experienced an "uncontained engine failure," in which engine parts break off and are spewed outside the engine, the official said. The official wasn't authorized to speak publicly about the incident and spoke to The Associated Press on condition of anonymity. The danger of such a failure is that engine pieces effectively become shrapnel and can cause extensive damage to the aircraft. ...

"Uncontained engine failures are unusual thanks to improvements in designs and the metallurgy. There are many possible causes, including overheating, runway debris or large birds that get sucked into the engine or parts that break when they wear out but aren't replaced during maintenance checks."

The plane, which was bound for Miami, was carrying 161 passengers and nine crew members.

The AP reported that flames and heavy black smoke poured from the plane.

"Footage from the scene showed the Boeing 767, which appeared to be damaged on its rear and along its right side, sitting on the runway with flames underneath and shooting from one side along with plumes of smoke. The right wing was drooping toward the ground and appeared to have partially melted.

"Passengers came down emergency slides, hurrying across grass next to the runway as emergency vehicles surrounded the plane.

"Buses were sent to pick up the passengers and bring them back to the terminal, the airline said. The passengers were to be placed on another flight to Miami Friday evening."

In addition to the FAA, the National Transportation Safety Board said it will conduct an investigation.