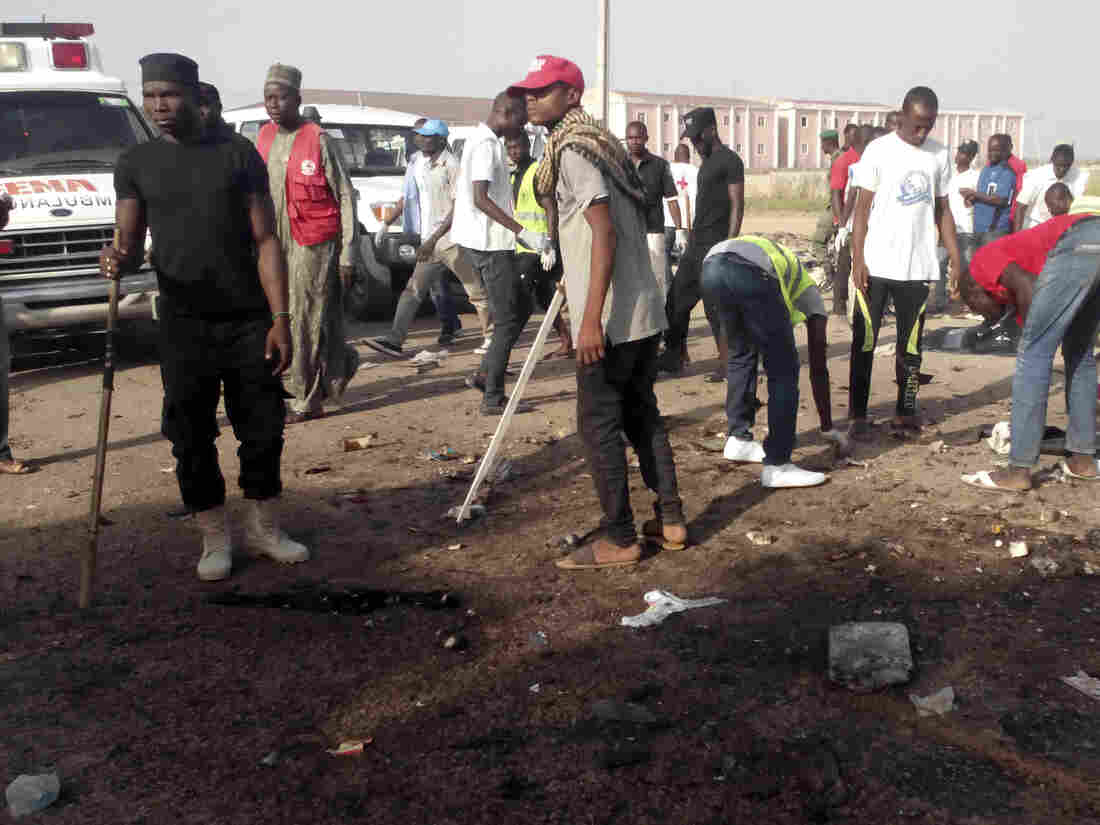 People clear the scene after an explosion in Maiduguri, Nigeria, on Saturday. Jossy Ola/AP hide caption 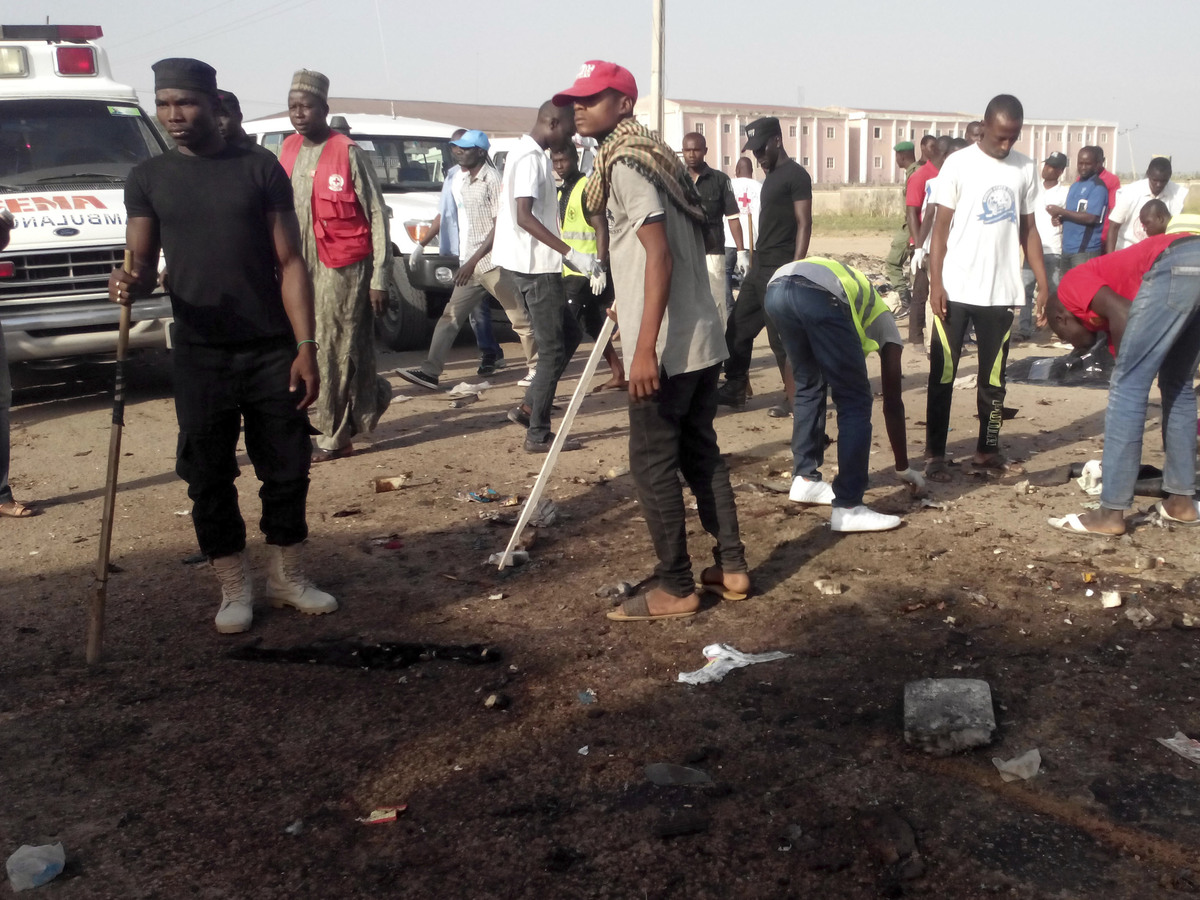 People clear the scene after an explosion in Maiduguri, Nigeria, on Saturday.

NPR's Ofeibea Quist-Arcton told our Newscast desk that "the two blasts came 30 minutes and about a mile apart in the Maiduguri area." She said:

A Nigerian military spokesman says, in the first explosion, a suspected female suicide bomber ran into a group of men and women leaving a camp housing more than 16,000 displaced people. ... In the second blast, a tricycle taxi carrying two passengers exploded outside a gas station.

The Associated Press adds that the attacks follow a "months-long lull" in Boko Haram violence, stemmed from a battle among the ISIS-affiliated group's leaders.

As The Two-Way reported in August, the Islamic State "officially named Abu Musab al-Barnawi as the militant group's new leader and says he will pursue a different strategy — but the old leader, Abubakar Shekau, says he's still in charge."

Later than month, the Nigerian Air Force announced that Shekau had been fatally wounded in air strikes, but — as the BBC reported — he was shown alive and well in a video just last month.

Boko Haram has killed more than 20,000 people in seven years, in and across Nigeria's borders, and chased away more 2.6 million others, Ofeibea reports.