Accessibility links
6.6-Magnitude Earthquake Flattens Much Of Historic Basilica In Central Italy : The Two-Way "The monks are all safe, but our hearts go immediately to those affected, say the Benedictine monks of Norcia. 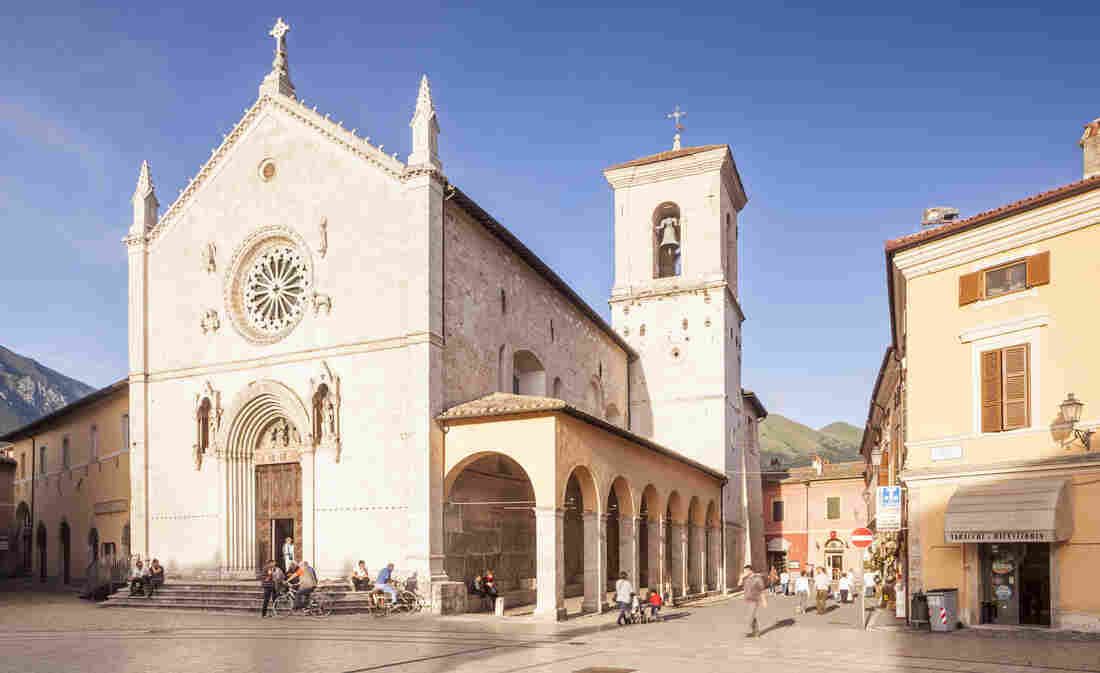 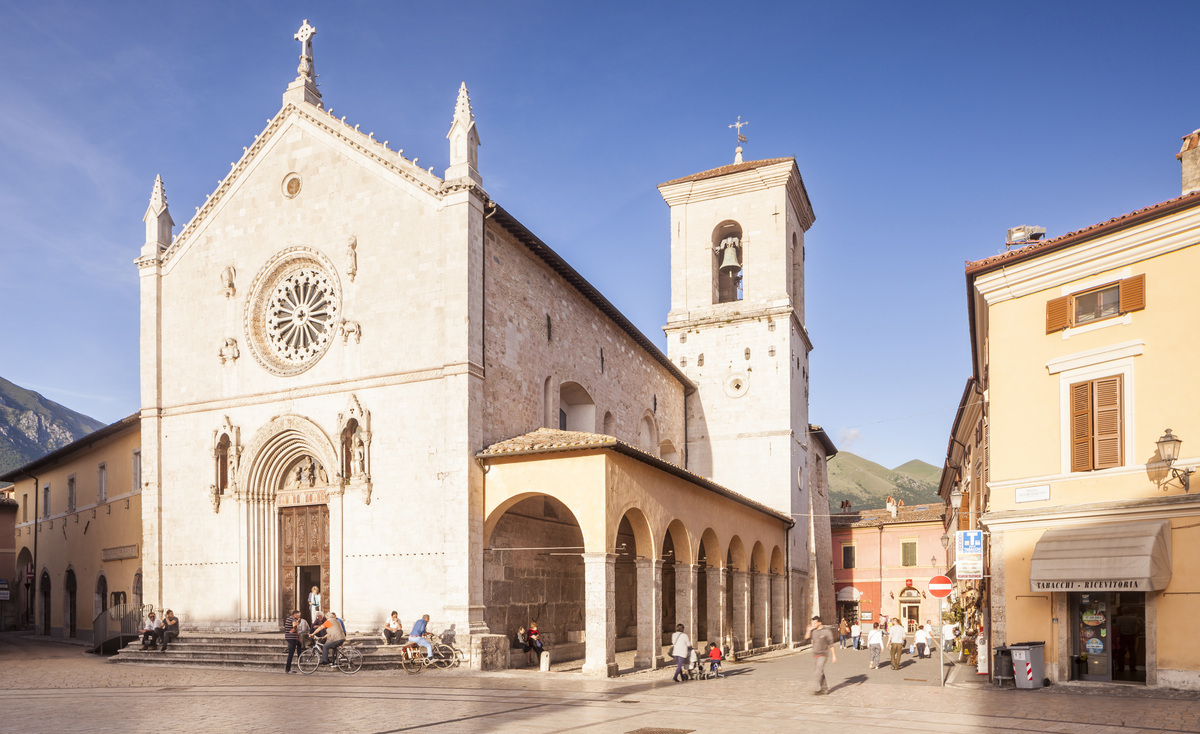 An earthquake has virtually destroyed the basilica of San Benedict in Piaza San Benedetto in Norcia, Italy.

A strong earthquake in Italy's Umbria region destroyed a centuries-old basilica that was built at the birthplace of Saint Benedict and his twin sister Saint Scholastica early Sunday. No deaths were reported from the quake, which followed a series of smaller temblors.

Images from the scene show firefighters coming to the aid of nuns as they fled one of the buildings in Norcia, which is also commonly called Nursia. One reason for the lack of casualties: many buildings had been declared unsafe after a large quake in August.

"The monks are all safe, but our hearts go immediately to those affected, and the priests of the monastery are searching for any who may need the Last Rites," reads an announcement from the Benedictine monks of Norcia, who had been working to raise money to repair their historic basilica.

Today, the monks said, "The basilica is destroyed."

"The quake brought down buildings already damaged by a big tremor in August and two months of aftershocks. Sunday's earthquake was more powerful than the one that struck Aug. 24 that killed almost 300 people.

"There was extensive damage to buildings but no reports of injuries. Many towns had been evacuated in August, and few people remained. The epicenter was near Norcia in the Umbria region, but tremors were felt as far north as Bolzano in the north near the Austrian border and in the southern Puglia region.

"In the walled town of Norcia, the 14th-century basilica of St. Benedict was devastated, with only the façade still standing. In Rome, the earth shook strongly and at length. Transport authorities shut down the metro to check for damage.

"Italy lies on two fault lines, making it one of Europe's most seismically active countries." 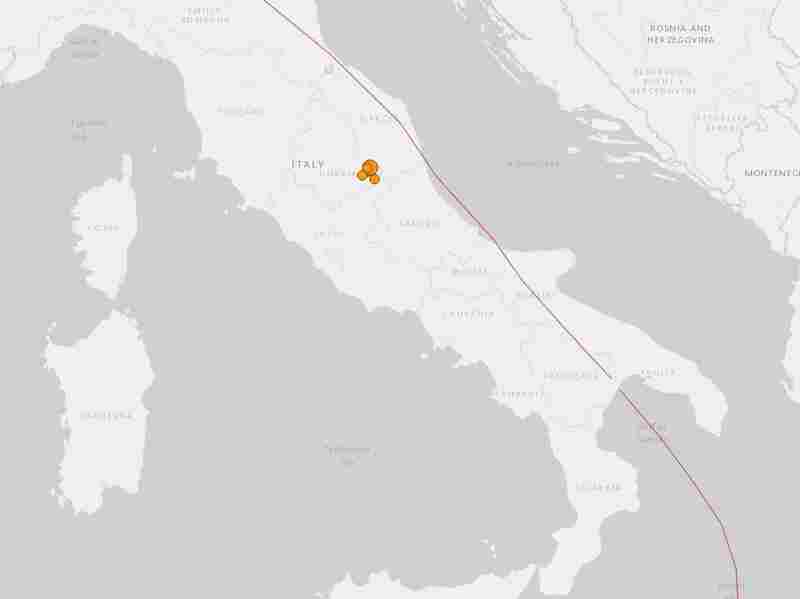 A U.S. Geological Survey map shows the location of a cluster of earthquakes that have hit Italy's Umbria region in the past week. USGS hide caption 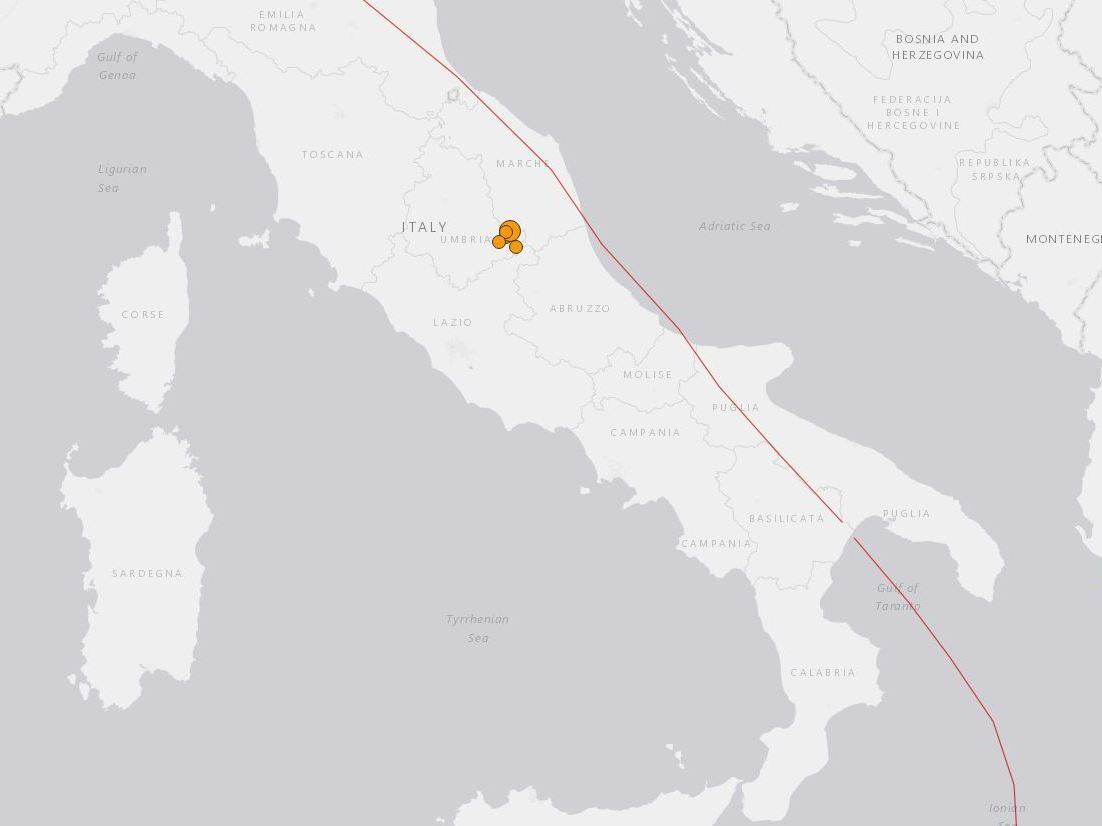 A U.S. Geological Survey map shows the location of a cluster of earthquakes that have hit Italy's Umbria region in the past week.

Framed by the Sibylline Mountains, the town of Norcia sits in a scenic valley plain that's named for Scholastica, Benedict's sister. The quake has ruined months of work to make the basilica safe to use again after August's earthquake.

In recent months, the monks had been using a fund-raising campaign and revenue from their brewery — which produces Birra Nursia — to help pay for the rebuilding effort. That effort was expected to cost $7.5 million — a figure that will surely be dwarfed by the damages incurred today.