Accessibility links
Women Win 30 Seats In Iceland's Parliament — More Than Any Party : The Two-Way If they were a political party, women would need only two more seats to form a majority government in Iceland. 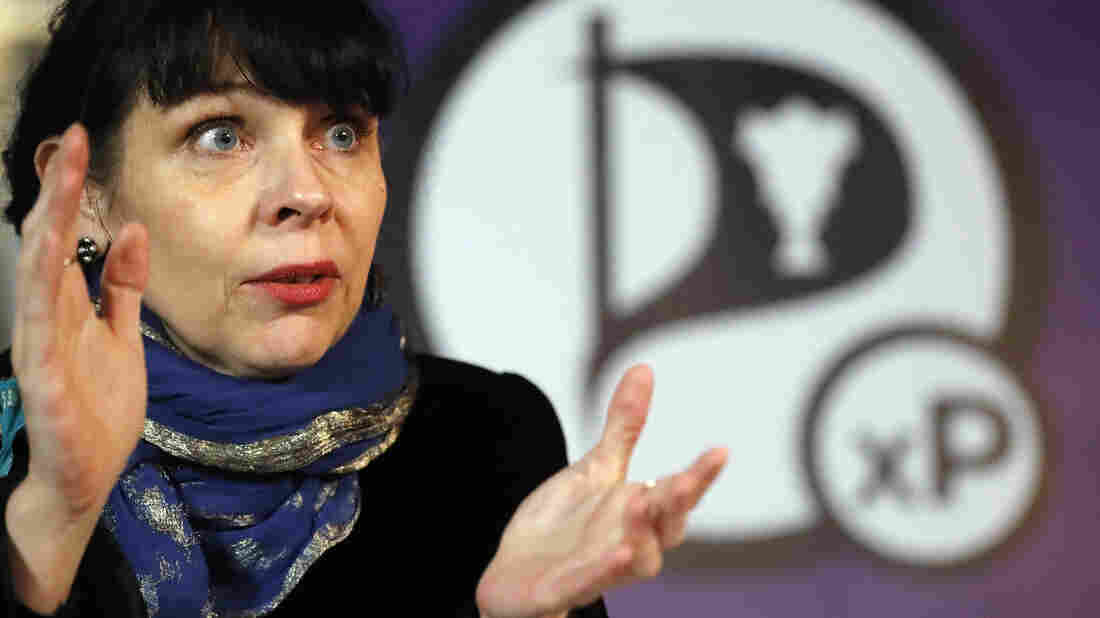 Birgitta Jonsdottir of Iceland's Pirate Party speaks to the media after her party won 10 seats in Parliament. Women now hold nearly half of the seats in the country's Parliament. Frank Augstein/AP hide caption 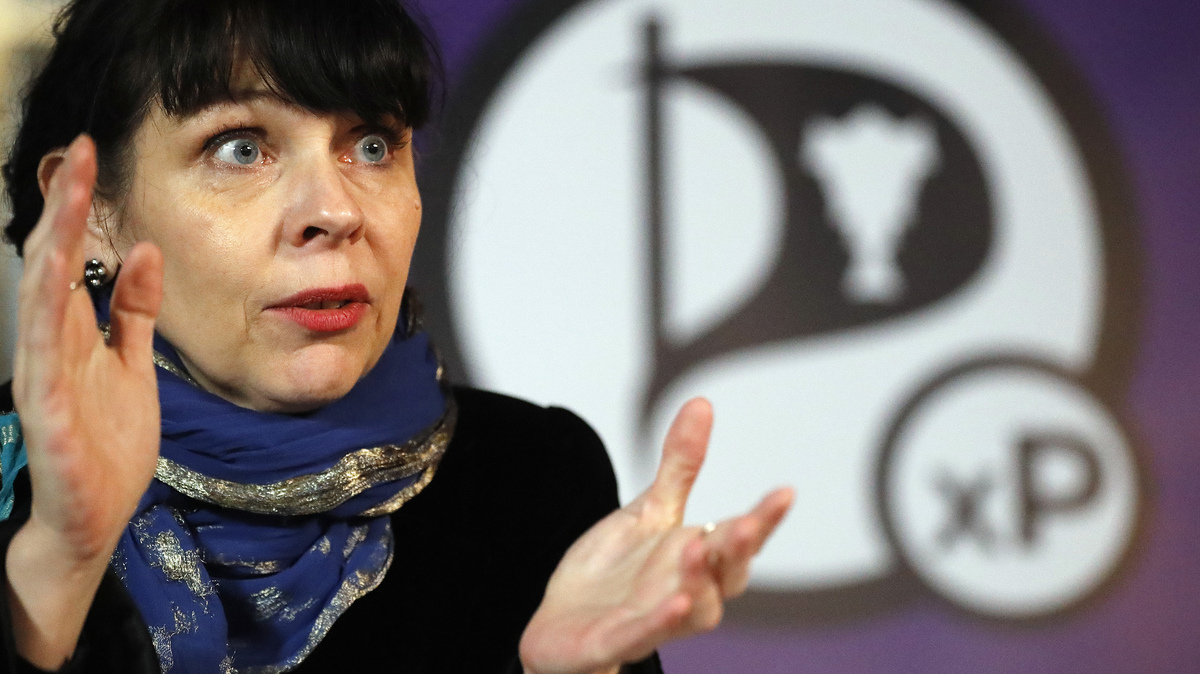 Birgitta Jonsdottir of Iceland's Pirate Party speaks to the media after her party won 10 seats in Parliament. Women now hold nearly half of the seats in the country's Parliament.

If they were a political party, women would need only two more seats to form a majority government in Iceland, after winning a record 30 seats in this weekend's national elections. Voter turnout was just under 80 percent — local media say that's a record low for Iceland.

With female candidates winning nearly half (48 percent) of the 63 seats, Iceland now has the "most equal Parliament in the world" without a quota system, according to the country's Ministry for Foreign Affairs.

Record nr of women in @Althingi after #IcelandElection:48%, making it most equal Parliament in the world w/o electoral #genderquota #Iceland pic.twitter.com/81uAumybKy

For comparison, in the U.S. women currently make up nearly 20 percent of Congress. Worldwide, Nordic countries lead the way in electing women to legislatures, with an average of more than 41 percent, according to the Inter-Parliamentary Union.

Prime Minister Sigurdur Ingi Johannsson — whose Progressive Party finished a distant fourth — resigned after the results became clear. Iceland now faces the daunting task of assembling a three-party coalition, six months after its political scene was thrown into chaos by revelations that Johannsson's predecessor had hidden millions of dollars in off-shore accounts while Iceland weathered a deep financial crisis.

One of the most famous female politicians in Iceland is Birgitta Jónsdóttir, whose Pirate Party more than tripled its seats. Like its namesakes in Sweden, Norway, and elsewhere, the four-year-old party stands for online freedoms, direct democracy and transparency. Ahead of Saturday's vote, the Pirates had captured both momentum and headlines. But the Pirates faded a bit at the finish, and their unique party platform could make the party a tough fit for a coalition government.

Iceland's Parliament is called the Althing, an anglicized form of the Alþingi. According to final election results quoted by Iceland Review, five parties drew support of more than 10 percent:

As the Two-Way's Scott Neuman reported when Iceland became the first country to elect Pirate Party MPs back in 2013, the new members of Parliament included "a WikiLeaks volunteer, a university student and a computer programmer."

The national vote comes six months after the Panama Papers — a database of millions of documents that detail secret financial dealings — sparked scandals in Iceland and other countries. Then-Prime Minister Sigmundur David Gunnlaugsson resigned his post just days after information about off-shore tax accounts was made public.

While advocates for women's equality in Iceland will likely welcome Saturday's election results, they're still working on another common problem: gender pay equity. Last Monday, Icelandic unions and activists urged female workers to leave their jobs at 2:38 p.m. — to reflect the time after which they're working for free, when compared to their male counterparts.