Accessibility links
In Show Of Unity, Pope Francis Marks 500th Anniversary Of Protestant Reformation : The Two-Way Pope Francis is kicking off a yearlong commemoration of the split between Catholics and Lutherans by calling for Christians to stand together against persecution. 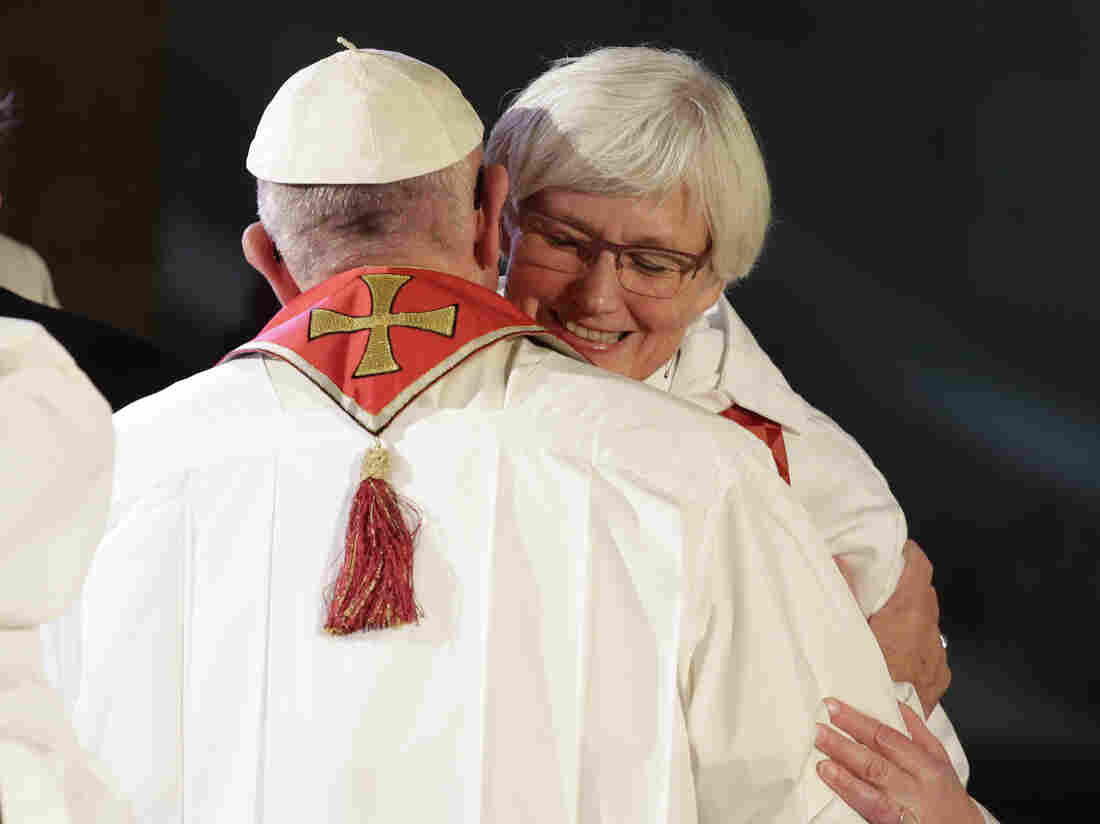 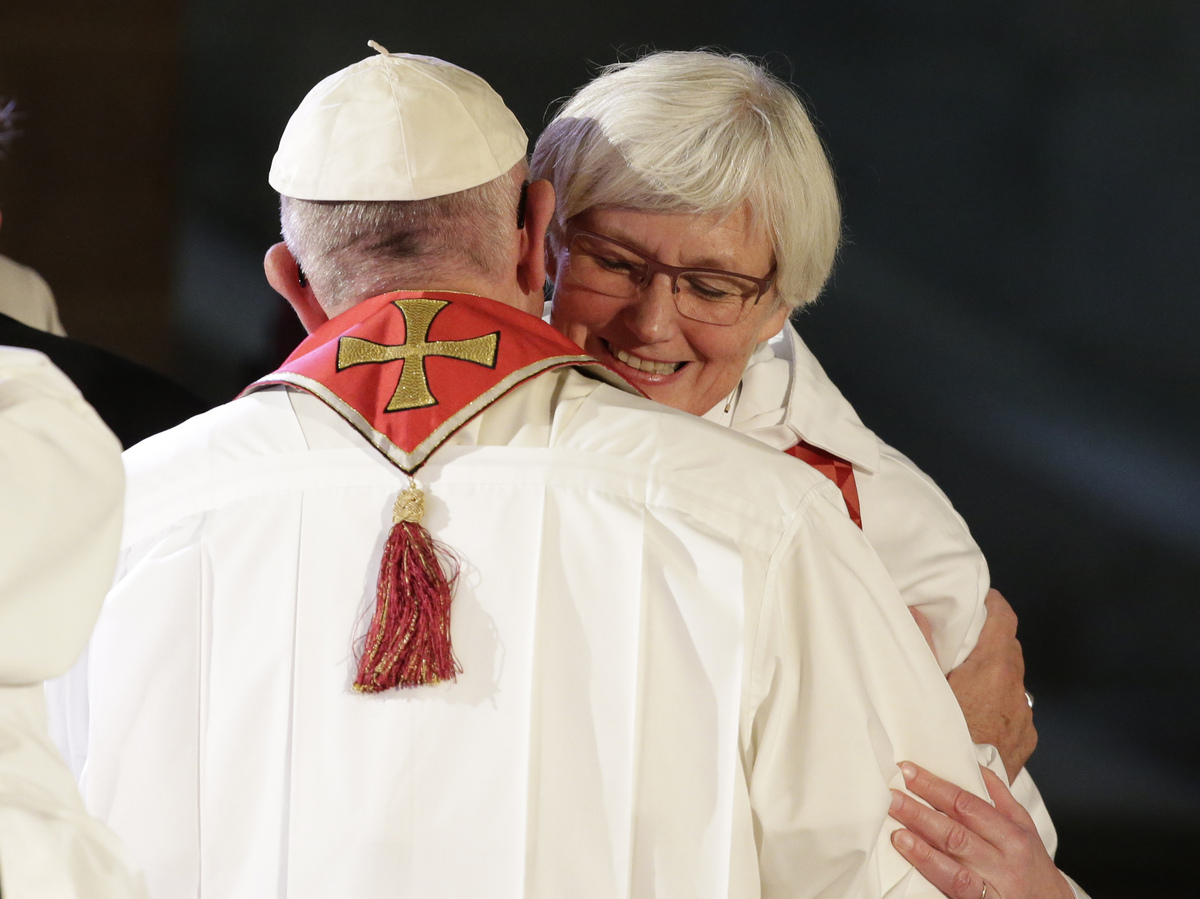 Pope Francis arrived in Sweden on Monday for services marking the 500th anniversary of the Protestant Reformation that split Lutherans and Catholics.

He arrived in the southern city of Malmo, and is scheduled to attend an event with leaders of the Lutheran World Federation on Monday afternoon. He will also lead a service at a Lutheran Cathedral in the city of Lund, and a Mass at the arena in Malmo on Tuesday.

According to Vatican Radio, Pope Francis told the magazine La Civilta Cattolica that he hopes the trip will encourage Lutherans and Catholics to support each other, especially in places where Christians of different denominations are persecuted together.

NPR's Sylvia Poggioli reports that the trip is "in keeping with his efforts to reach out to other branches of Christianity — like the Russian Orthodox Church — and other faiths, including Islam and Judaism."

While the pontiff's visit to Sweden is only for two days, it kicks off a yearlong commemoration of the Protestant Reformation.

And if you don't know the story of the Reformation, Sylvia has you covered for the basics:

"It was the year 1517 when the German monk Martin Luther pinned his 95 Theses to the door of his Catholic church, denouncing the Catholic sale of indulgences — pardons for sins — and questioning papal authority. That led to his excommunication and the start of the Protestant Reformation.

"The Catholic Church reacted with the Counter Reformation, and mutual enmity led to decades of religious wars that devastated central Europe.

"The animosity and resentments left by the Reformation only began to heal after the Second Vatican Council in the 1960s, with the start of an ecumenical dialogue aimed at promoting Christian unity.

"There are still some doctrinal disputes. But Pope Francis says that while theologians iron out their differences, the two churches can work together on social issues like caring for the poor, migrants and refugees, and combating persecution of Christians."

Sylvia also notes that, in the spirit of reconciliation, Pope Francis went so far as to praise Martin Luther as a great reformer. Luther was long deemed a heretic by the Catholic church.

Still, differences in theology and ritual remain between the two churches. The Lutheran church allows women to serve as pastors, while the Catholic church does not permit women as priests, and the two churches have historically different relationships to the papacy itself.