Accessibility links
$151 Million Settlement Deal Reached Over West Virginia Water Poisoning : The Two-Way A federal judge has tentatively signed off on the agreement between local residents and two companies over a 2014 chemical spill that contaminated drinking water for hundreds of thousands of people. 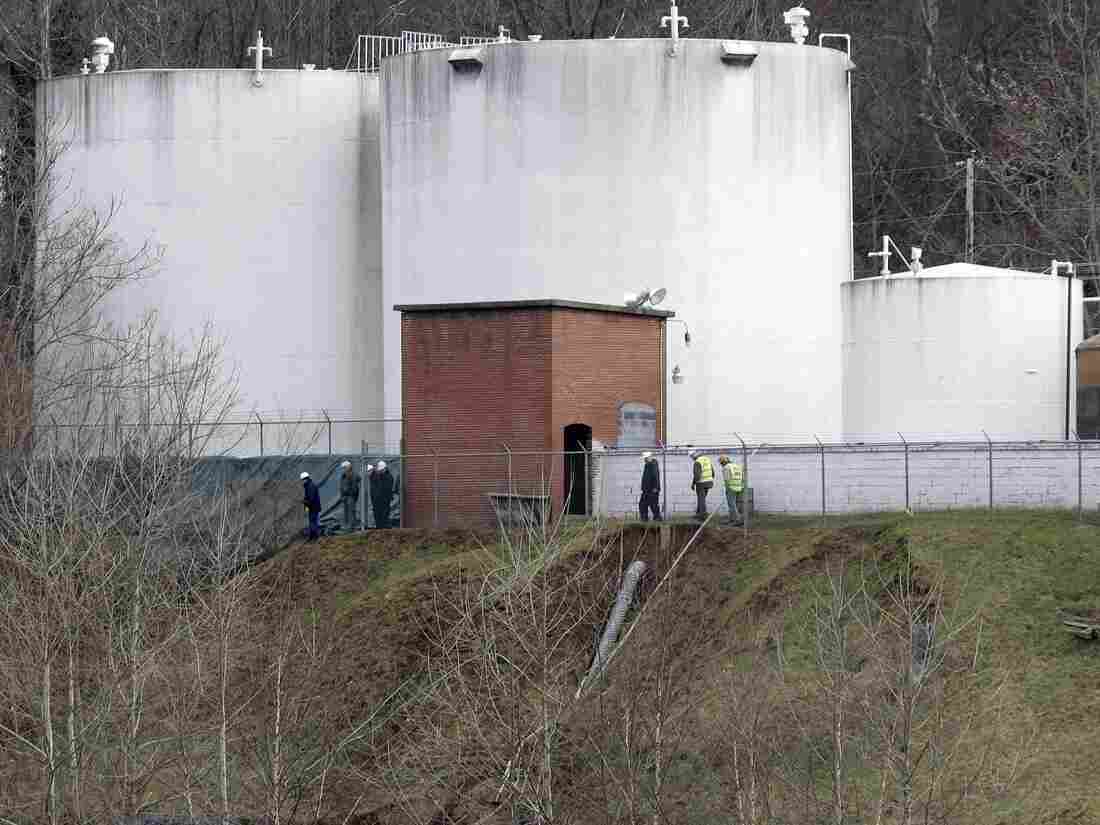 Workers inspect an area around storage tanks where a chemical leaked into the Elk River at Freedom Industries' storage facility in Charleston, W.Va., in January 2014. Steve Helber/AP hide caption 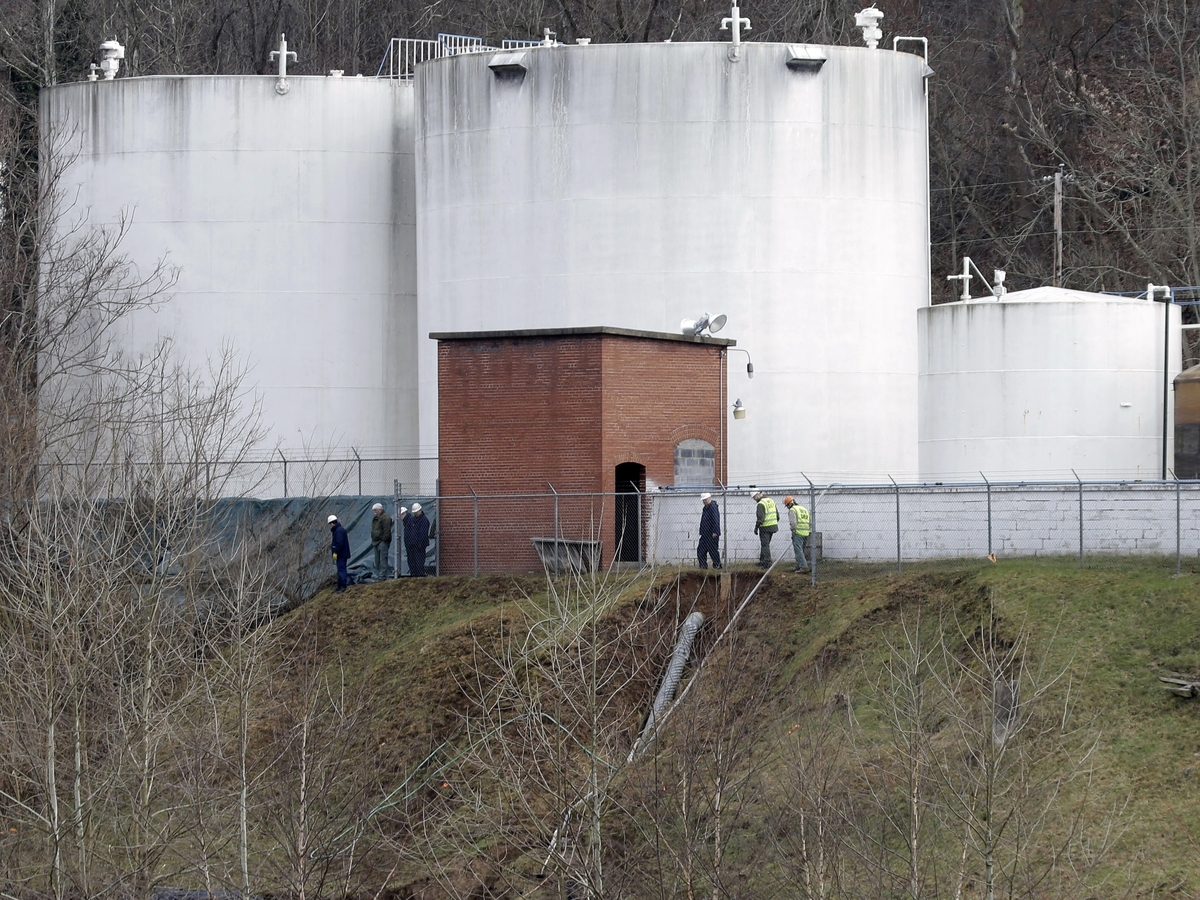 Workers inspect an area around storage tanks where a chemical leaked into the Elk River at Freedom Industries' storage facility in Charleston, W.Va., in January 2014.

A federal judge has tentatively signed off on a $151 million settlement between residents of Charleston, W.Va., and two companies implicated in a 2014 chemical spill that poisoned drinking water for hundreds of thousands of people.

The agreement settles a class action lawsuit brought by at least 224,000 local residents and 7,300 business owners as well as hourly "wage earners" whose places of employment were supplied by West Virginia American Water Co. The exact terms of payment to the claimants in the case haven't been determined, and will be subject to further approval by the judge.

According to the settlement terms, Eastman will contribute its $25 million payment to a general fund to be distributed among those affected. The water company agreed to pay $76 million into a similar fund and could be forced to pay up to $50 million more in individual claims by residents and businesses who believe their damages are more serious.

As The Two-Way has reported, the chemical, called methylcyclohexane methanol, or crude MCHM, caused nausea, vomiting and eye irritations that led to infections after it entered the water supply in January 2014.

The spill prompted West Virginia's governor to declare a state of emergency for nine counties, and water to about 300,000 people was cut off for days.

Eastman Chemical sold the crude MCHM to Freedom Industries, which owned and operated a storage tank that leaked the chemical into the Elk River. The lawsuit alleged that Eastman had a duty "to warn its customer [Freedom] about storage incompatibilities" because MCHM was known to be corrosive.

The accusations against West Virginia American Water Co. concerned breach of duty to customers because the company delivered poisoned water to homes and businesses. The lawsuit alleged the company did not adequately prepare for a leak of that kind near its intake facility on the Elk River.

The Charleston Gazette-Mail reported that both companies responded to the settlement by pointing out they have not admitted "fault or liability" for the water contamination, and that the judge ordered attorneys for the parties involved to provide him with a progress report on the settlement on Nov. 14.

The newspaper also quoted statements from both companies following the settlement announcement:

"West Virginia American said, 'A resolution through a settlement allows us and our dedicated employees to serve our customers without the distractions of ongoing lawsuits.'

"Eastman said, 'We we worked with plaintiffs' counsel to negotiate a global settlement to resolve all litigation, and to provide benefits and closure to the community.'"

Freedom Industries, the company that owned the tanks that leaked, wasn't listed in the lawsuit because it filed for bankruptcy shortly after the spill, as The Two-Way has reported. However, according to court records, plaintiffs already settled claims against Freedom's president at the time, Gary Southern.