Accessibility links
Suspect In 'Ambush-Style' Killings Of 2 Iowa Police Officers Is In Custody : The Two-Way Police say both officers were sitting in their squad cars in the Des Moines area when they were shot in the early hours of Wednesday morning. A suspect was taken into custody hours later. 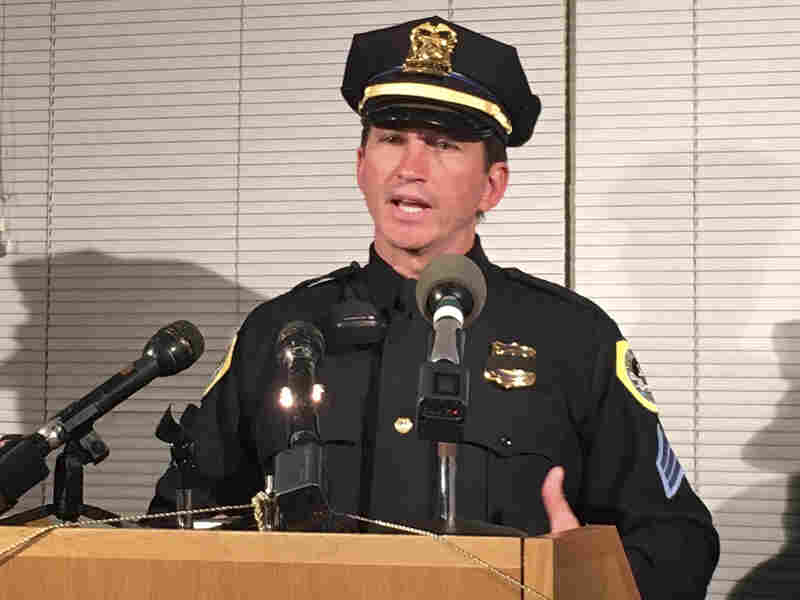 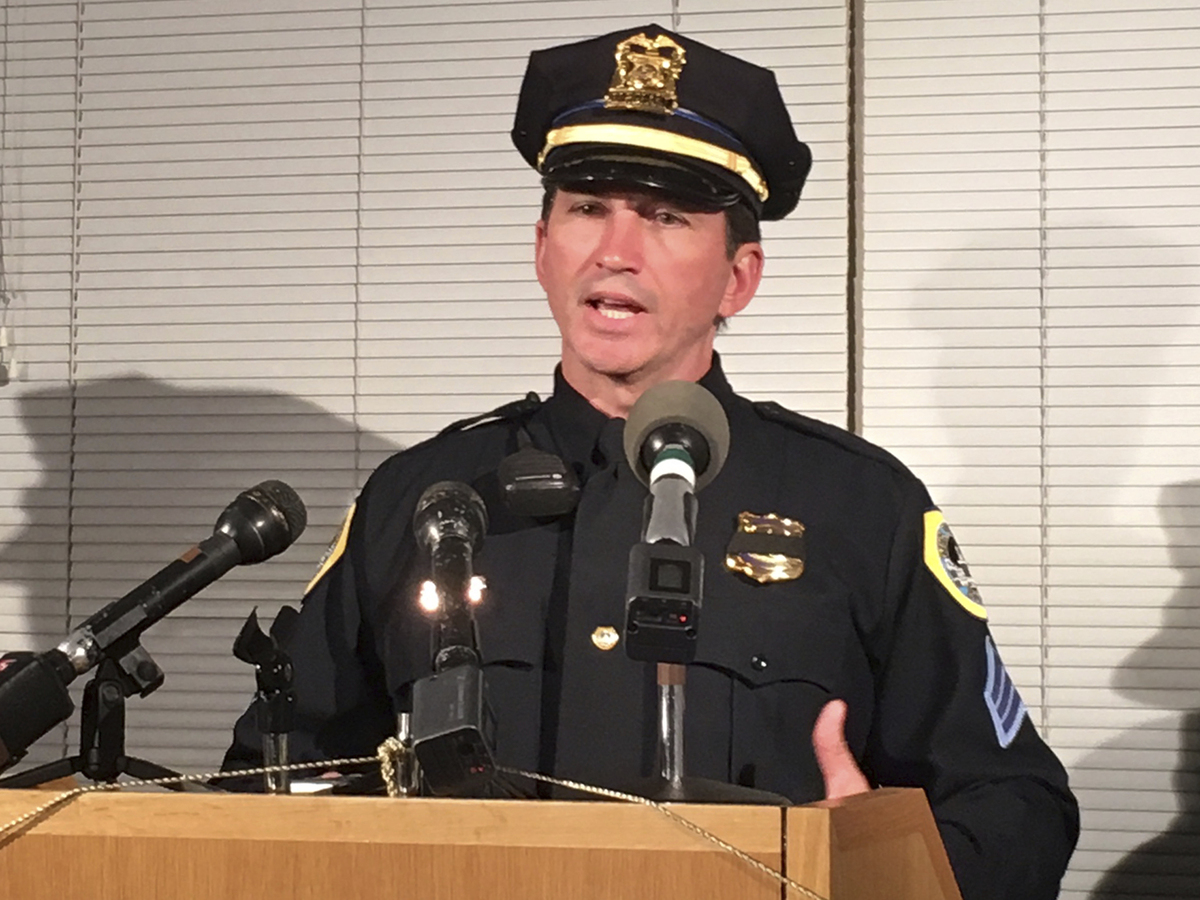 A suspect is in custody in connection to the ambush-style killings of two police officers in the Des Moines, Iowa, area, according to police.

The two officers were shot and killed early Wednesday as they sat in their squad cars.

"The shootings appear to have been ambush-style attacks," police spokesman Paul Parizek said in a statement. 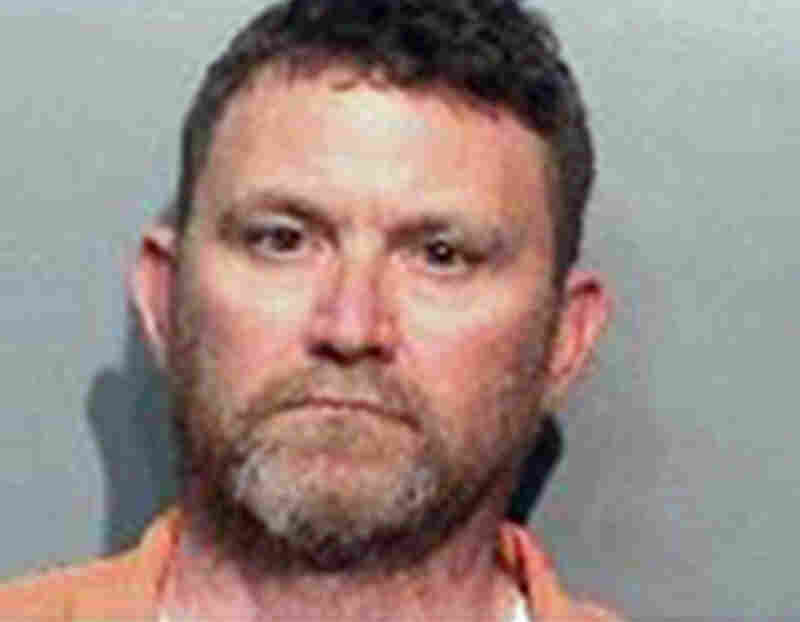 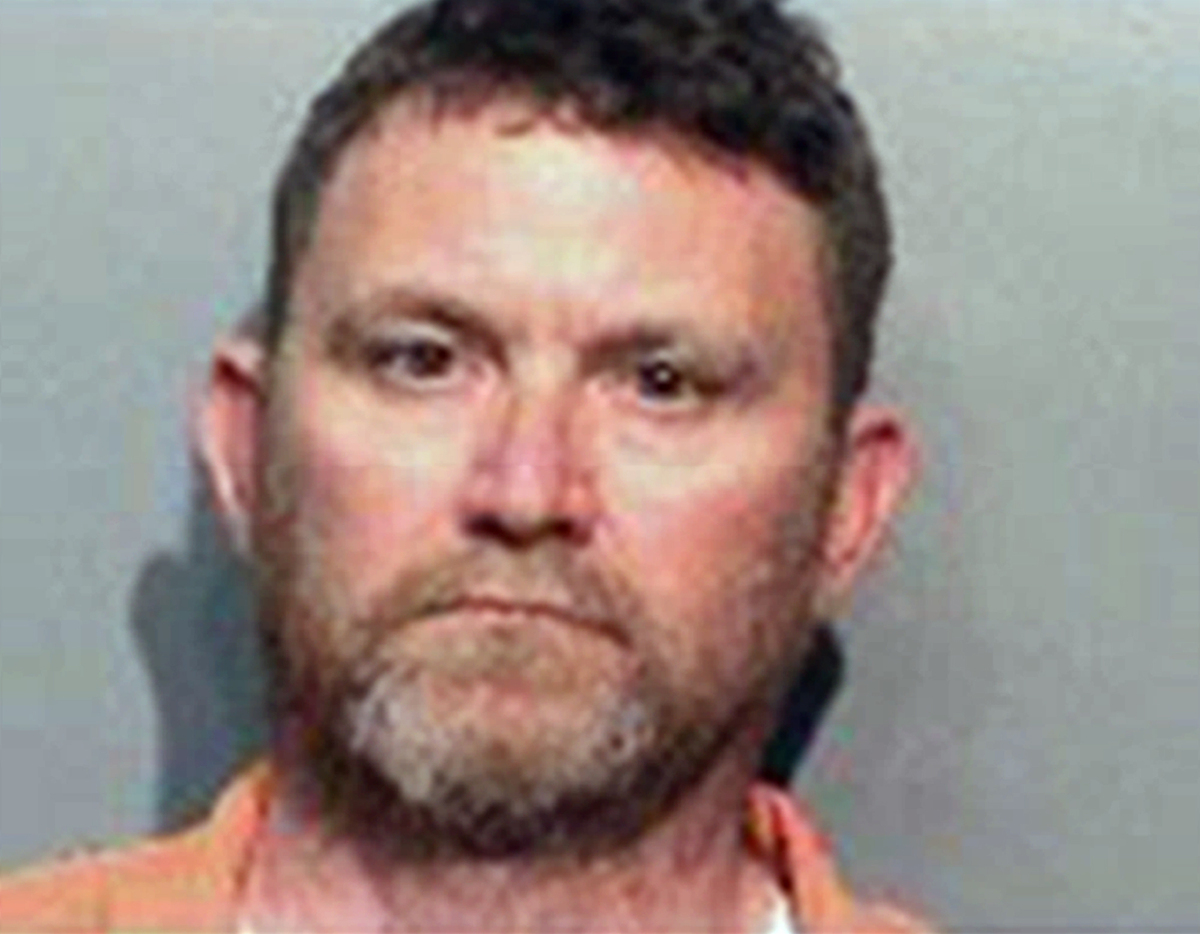 This undated photo provided by the Des Moines Police Department shows Scott Michael Greene, of Urbandale, Iowa. Des Moines and Urbandale Police said in a statement Wednesday that they have identified Greene as a suspect in the killings early Wednesday morning of two Des Moines area police officers.

The suspect in custody is 46-year-old Scott Michael Greene, a white male resident of Urbandale, a Des Moines suburb.

Urbandale police were very familiar with Greene, Urbandale Police Chief Ross McCarty said at a news conference Wednesday. "Most of our officers ... have taken trips to his house or delivered service to him," he said. "Never to anything of this extent, though."

Before he was detained, police said they believed Greene had "information" related to the attack. They also described him as "armed and dangerous," and urged anyone who thought they saw him to call 911 and not approach him.

Greene was taken into custody Wednesday morning after he was located in a county west of Des Moines. He gave himself up to police officers without a struggle, police said, and no shots were fired.

He is in custody at a local hospital, but not yet under arrest, police said at a news conference Wednesday; they would not specify his condition, and said they are waiting to interview him before determining what charges, if any, might be appropriate.

The two police officers were about 3 miles away from each other, and police said they did not appear to have interacted with each other — or with the shooter — leading up to the killings.

During a news conference before Greene was captured, police spokesman Parizek was "emotional," The Associated Press reported, noting that there was "clearly danger" for police officers in the region because officers were being targeted while doing their jobs. For a time, Des Moines police doubled up on patrol for safety.

At a news conference on Wednesday, Urbandale police said Greene had a long record of interactions with police and was in court as recently as Tuesday, in connection with a domestic altercation.

The police chief also confirmed that Greene was recently involved in an incident at Urbandale High School, where he was expelled from the property after waving a Confederate battle flag.

A pair of YouTube videos posted last month by a user named "Scott Greene" seem to show that event.

One is a still image showing a middle-aged man wearing sunglasses holding a Confederate battle flag at what appears to be a high school sports event in Urbandale. Another video features a man (whose face isn't shown) arguing with police after they have ejected him from the grounds for causing a disturbance by the flag.

"Have I committed a crime?" the man asks repeatedly, as police tell him the school is private property and he is trespassing. He said an officer assaulted him by grabbing his arm as he was being escorted out of the stadium, and later accused African-American spectators of assaulting him in the stands when they grabbed the flag from his hands. Police returned the flag to him and asked if he wanted to go to the police station to file a report, which he declined to do. The YouTube user "Scott Greene" titled the video "Police Abuse, Civil Rights Violation."

NPR has not confirmed that the videos show or were posted by Scott Michael Greene. The man shown in the still image fits Greene's description and some of the older videos on the account purport to show an apartment complex where, according to public records, Greene was living at the time.

The Des Moines Register reports that someone with Greene's name and birth date pleaded guilty to criminal charges in two separate incidents in 2014.

In one case, Greene pleaded guilty to interference with official acts after a police officer said he was "hostile" and "combative" while resisting an attempt to pat him down for weapons, the newspaper reports.

The other incident occurred two days later, when Greene reportedly approached a man in the parking lot of an apartment complex.

"Greene, who lived in the apartments, called the man the N-word and told the man 'I will kill you, (expletive) kill you,' according to the complaint," the Des Moines Register reports. The paper says Greene pleaded guilty to a harassment charge and was sentenced to probation.