Accessibility links
In South Africa, More Calls For The President To Step Down : The Two-Way Thousands of people demonstrated in Pretoria before the release of a report on alleged corruption by President Jacob Zuma. The Nelson Mandela Foundation has accused Zuma of looting the state.

In South Africa, More Calls For The President To Step Down

In South Africa, More Calls For The President To Step Down 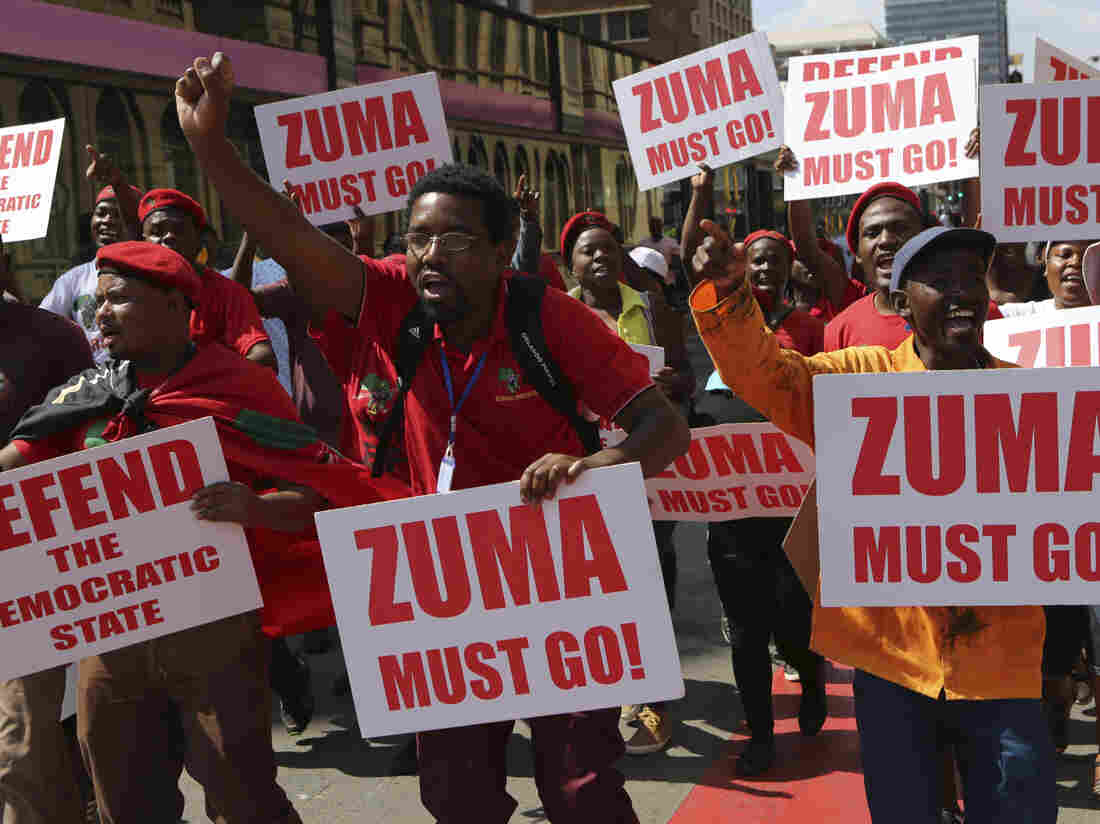 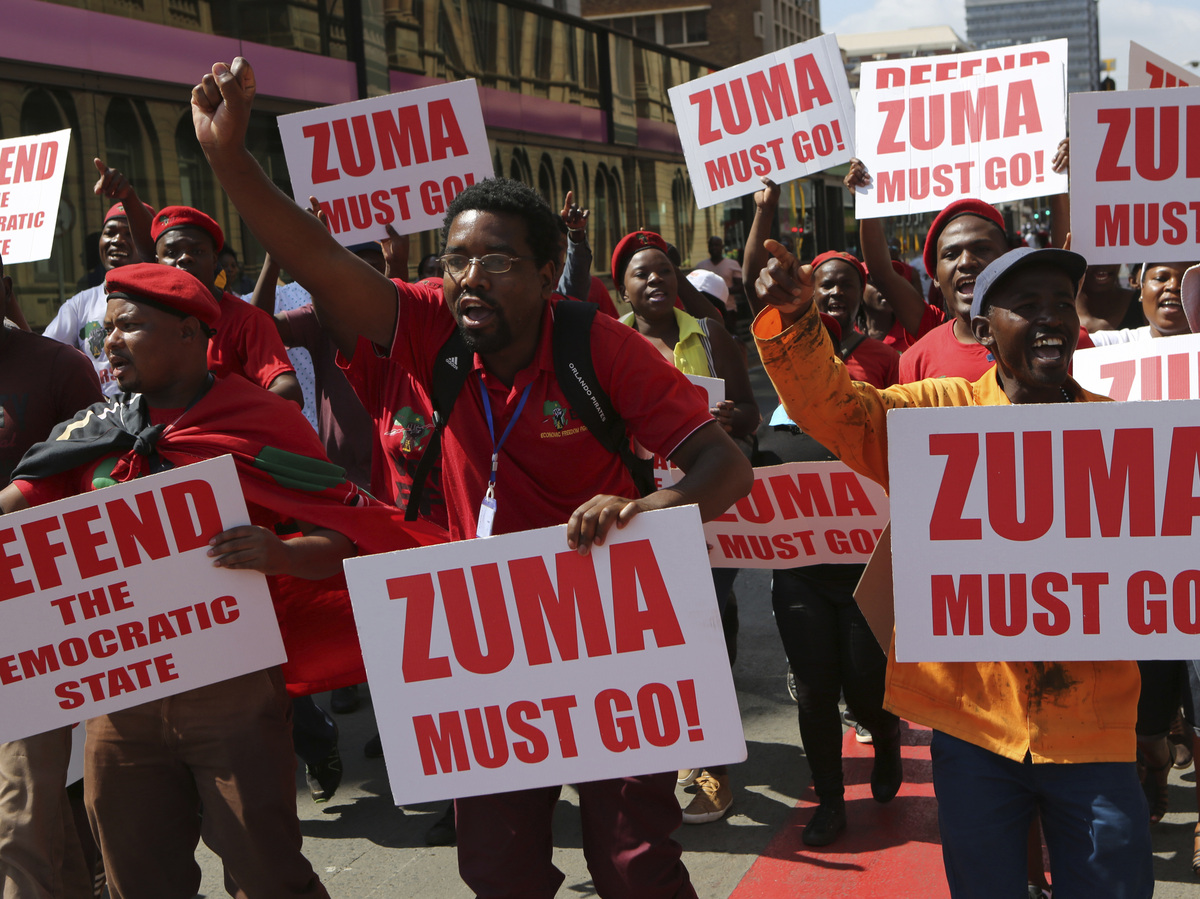 In South Africa, protesters are once again calling for President Jacob Zuma to step down over allegations of corruption and political mismanagement.

People took to the streets Wednesday in Pretoria over an official report on alleged corruption inside the Zuma administration. After the president asked the country's highest court to block its release, thousands of people turned out to protest, The Associated Press reports.

Public support for Zuma and his party, the African National Congress, has fallen. This summer, as The Two-Way has reported, the party "lost key races in South Africa's municipal elections following a series of corruption scandals. It's the worst defeat in the history of the African National Congress, which has governed South Africa since the country's first post-apartheid vote in 1994."

The result was widely seen as a referendum on Zuma.

Police officers outside Zuma's offices fired stun grenades and turned on water cannons, according to the AP.

"Protesters are blocking the streets into downtown with burning tires and they're pelting cars with stones, trying to intimidate people into staying home.

"Some large, poor residential areas have also been cordoned off by protesters, hoping the shutdown catches President Jacob Zuma's eye.

"Today's protest, dubbed 'Save South Africa' is organized by opposition political parties. It comes just one day after the Nelson Mandela Foundation accused Zuma of looting the state."

The corruption report was released Wednesday afternoon after a judge ruled it could not be withheld.

Granitz said it outlines "the influence a wealthy industrialist family has on Zuma's administration, how the government awarded the family contracts and whether they hand-picked cabinet ministers for Zuma."

The report follows a string of scandals involving Zuma. Last year, some began calling for the president's resignation after he replaced his popular finance minister for what appeared to be politically-motivated reasons.

In March, the country's top court slammed Zuma for using taxpayer money for a visitors' center, amphitheater, cattle kraal, chicken run and swimming pool at his private residence. He had argued that the amenities were security features. The court disagreed, as we reported, and found Zuma was liable for a portion of the $20 million spent.

Amid anti-Zuma protests, the main opposition leader, Mmusi Maimane, said at the time that the president must be impeached.

And last month, students disrupted classes, clashed with police and even set fire to university buildings as they called for the government to lower tuition fees.