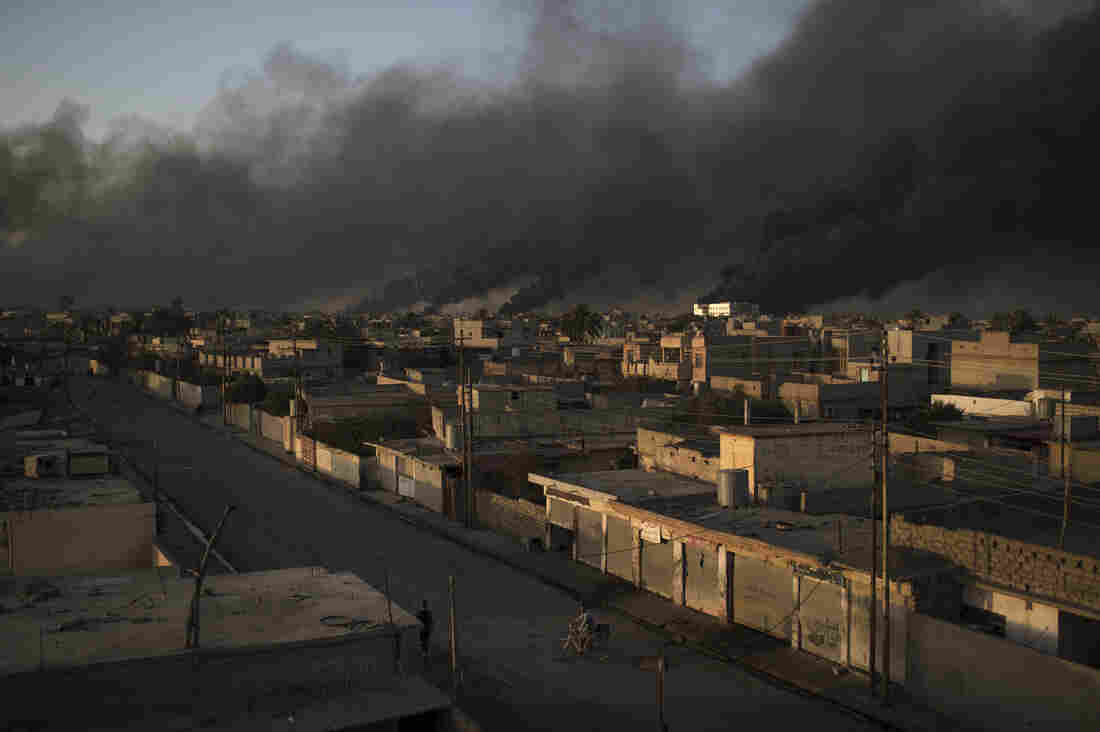 A man rides his bike on a street as smoke rises from burning oil fields on Monday in Qayara, south of Mosul, Iraq. Felipe Dana/AP hide caption 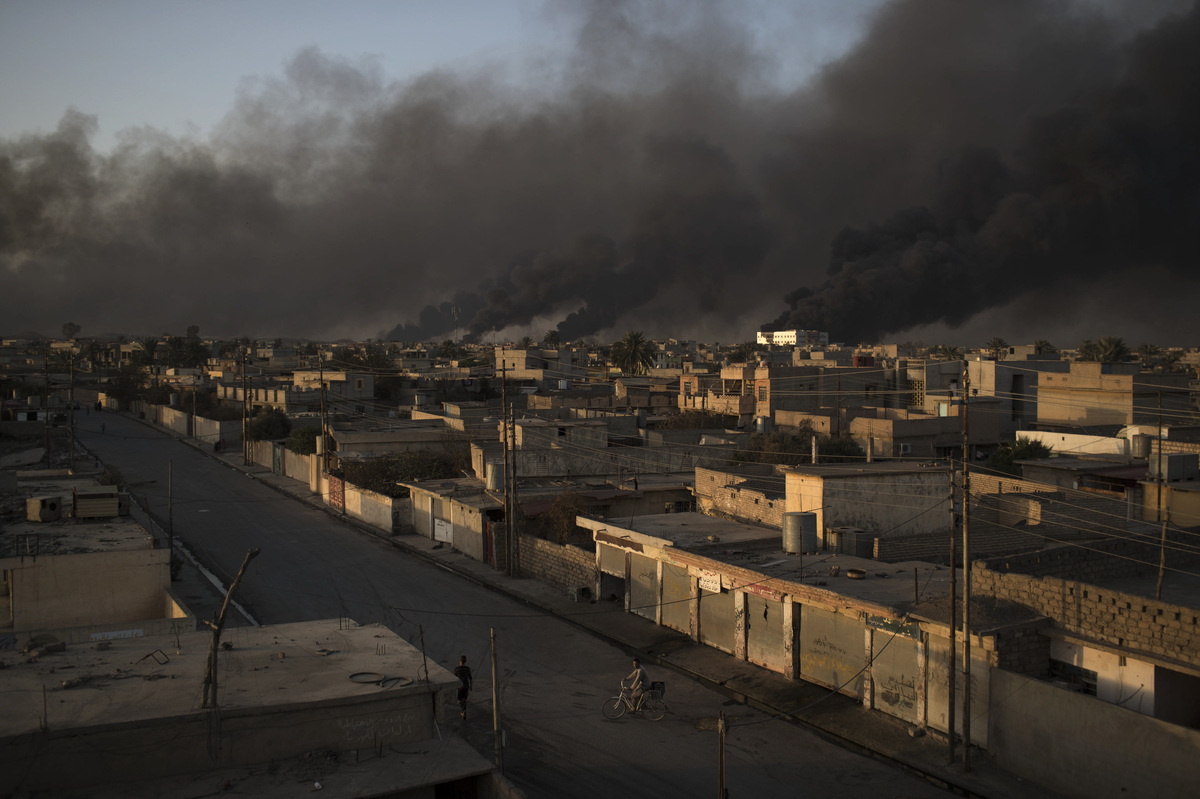 A man rides his bike on a street as smoke rises from burning oil fields on Monday in Qayara, south of Mosul, Iraq.

The reclusive leader of the Islamic State, Abu Bakr al-Baghdadi, has purportedly issued an audio message calling on his fighters to stand firm in Mosul, as Iraqi security forces enter the city for the first time since ISIS seized it more than two years ago.

The message could not be independently verified, but if authentic, it would be Baghdadi's "first audio message released in nearly a year," Reuters reports.

The recording also encouraged ISIS supporters worldwide to continue fighting and called for attacks in Saudi Arabia and Turkey, according to SITE Intelligence Group, which monitors militants on the Internet.

In speech, #ISIS Baghdadi rallies his fighters, esp. those in Mosul, portrays war as Sunni vs Shiite, & calls for attacks in #KSA & #Turkey

"Oh you who seek martyrdom! Start your actions! Turn the night of the disbelievers into day," Baghdadi said, according to a SITE report quoted by The Associated Press. "Totally decimate their territories, and make their blood flow like rivers." 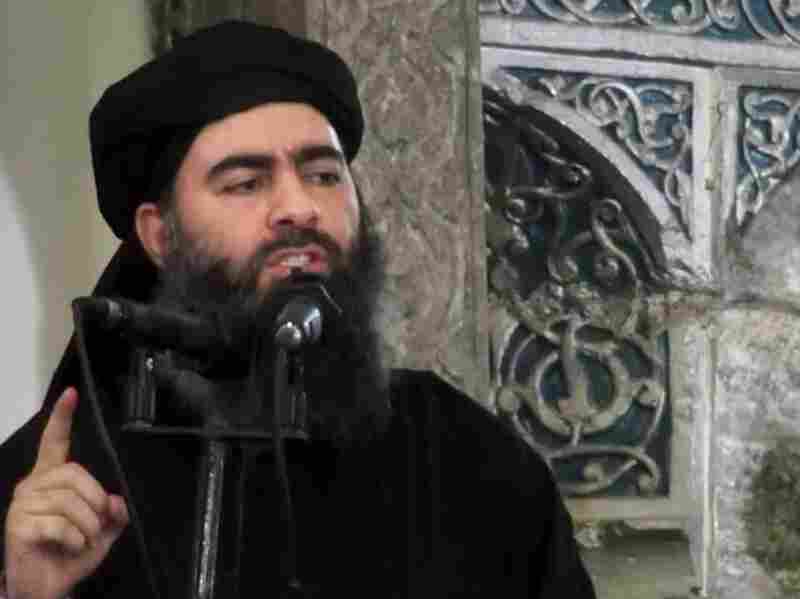 A 2014 militant video purported to show the leader of the Islamic State group, Abu Bakr al-Baghdadi, delivering a sermon at a mosque in Iraq. Uncredited/AP hide caption 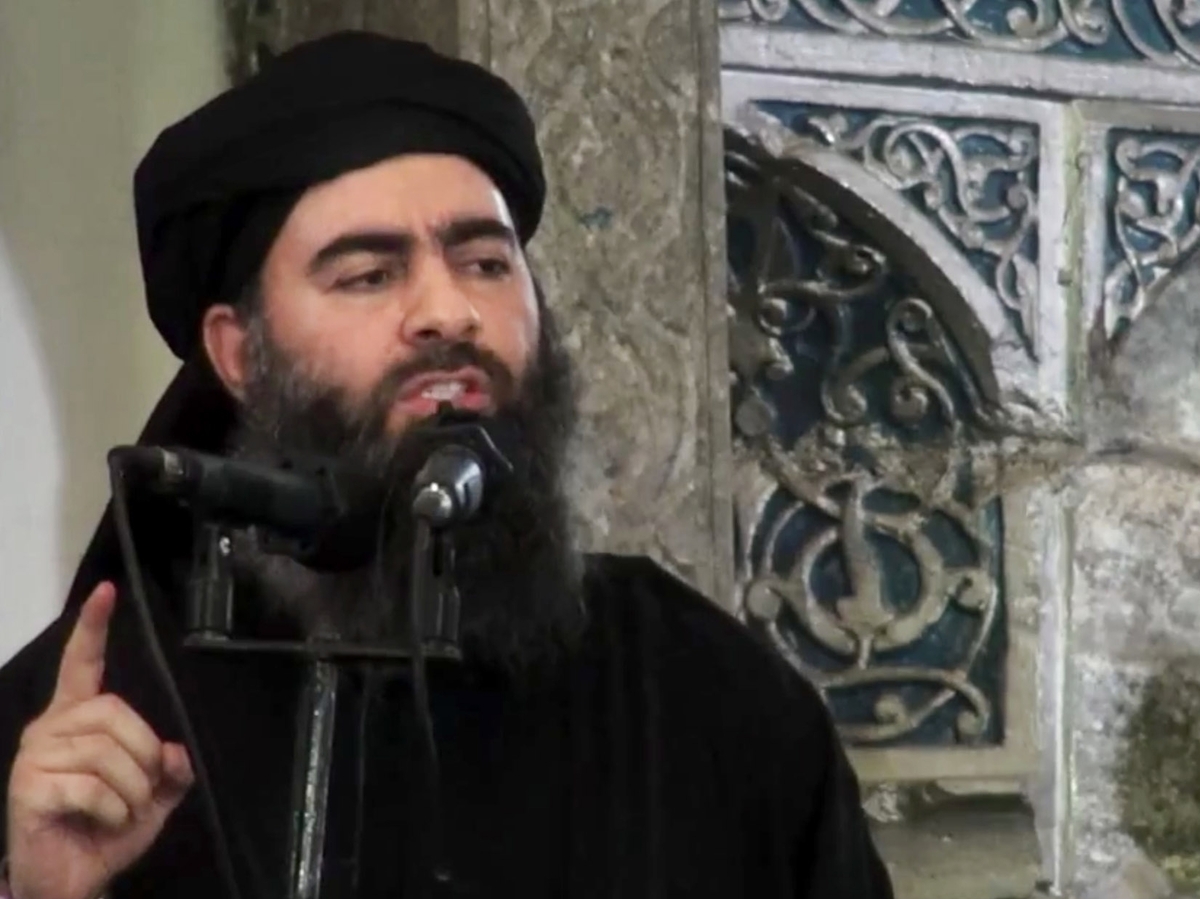 A 2014 militant video purported to show the leader of the Islamic State group, Abu Bakr al-Baghdadi, delivering a sermon at a mosque in Iraq.

The BBC writes that some of the remarks "appeared to betray concern that military pressure on the group in Mosul might lead to a broader erosion of support."

The fate of this city holds major symbolic significance. Mosul is the last major urban center under ISIS control in Iraq, and it was there that Baghdadi made a speech declaring a "caliphate" in 2014.

This comes as Iraqi elite counterterror forces are entering the ISIS-held city from the east and Iraqi armed forces are pushing up from the south, as NPR's Alice Fordham reports from northern Iraq. Concern is growing that the militants have forced thousands of civilians from nearby areas into the city and are now using them as human shields.

As Iraqi Forces Push Into Mosul, Camps Brace For An Influx Of The Displaced

"An eyewitness inside Mosul tells NPR that people from villages near the city have been forced inside by ISIS," Alice says. "Some areas are so crowded there are now people sleeping on the streets."

The offensive started more than two weeks ago and is "ahead of schedule," according to the U.S. envoy to the coalition fighting ISIS, Brett McGurk. He said in a tweet that "Iraqi forces enter eastern neighborhoods of Mosul this morning" and called it a milestone.

Milestone: Iraqi forces enter eastern neighborhoods of #Mosul this morning. New advances on all axes. Ways to go, but ahead of schedule.