Accessibility links
A Tribe Called Quest To Join Host Dave Chappelle On Saturday Night Live : The Two-Way This news from NBC comes not long after the announcement that the hip-hop group will release their first album in nearly two decades. They say it will be their last. 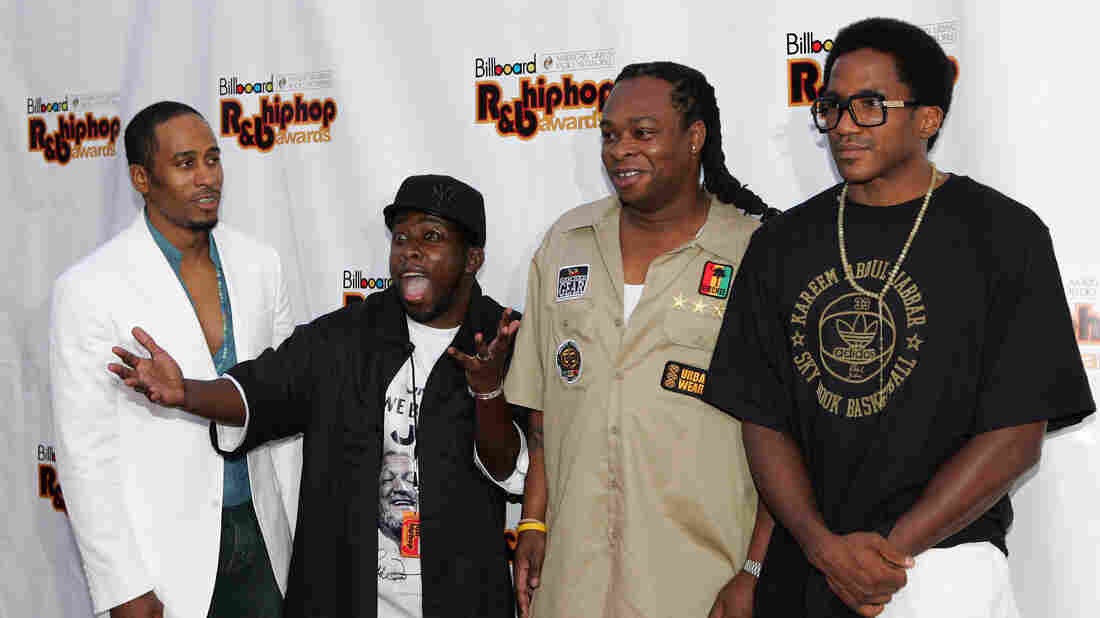 A Tribe Called Quest, seen here in 2005, is reuniting for an SNL appearance and album despite the death of founding member Phife Dawg, second from left, in March. Rob Carr/AP hide caption 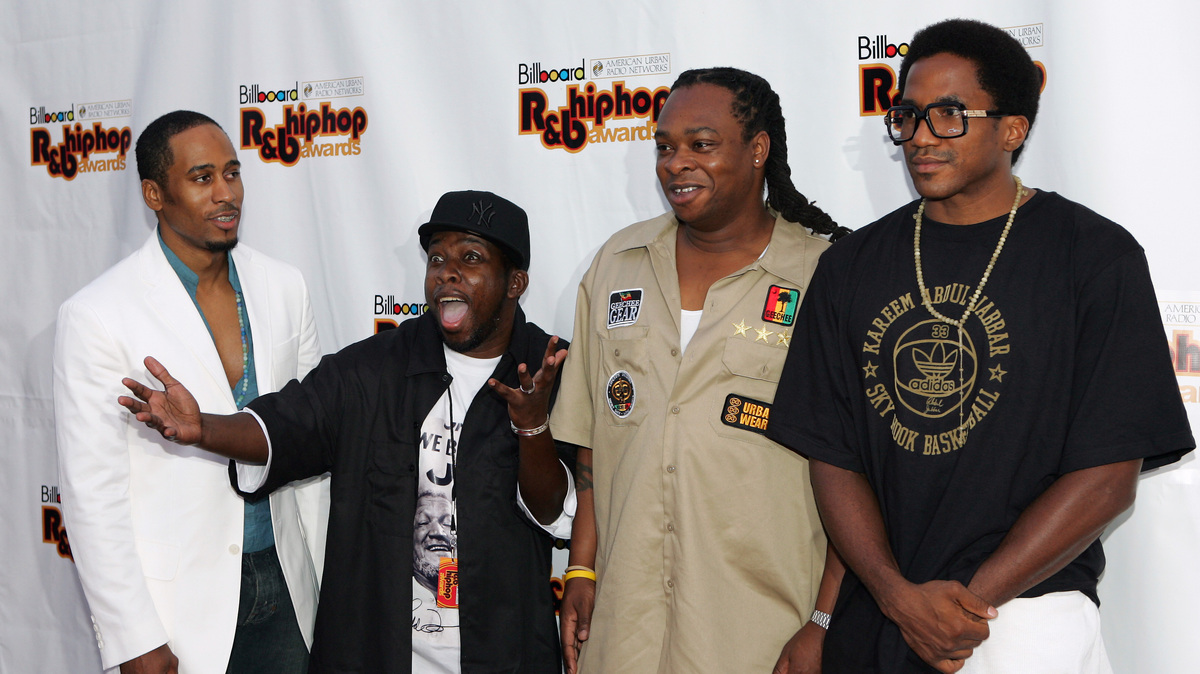 A Tribe Called Quest, seen here in 2005, is reuniting for an SNL appearance and album despite the death of founding member Phife Dawg, second from left, in March.

This news comes on the heels of another announcement from the influential hip-hop group: A Tribe Called Quest will be releasing its first new album in nearly two decades on Nov. 11, the day before the group's scheduled appearance on SNL.

'We Didn't Wanna Be Anybody Else': A Tribe Called Quest Reflects On Its Debut

The album, called We Got It From Here... Thank You 4 Your Service, will also be the group's last. One of the founding members – Malik Taylor, known as Phife Dawg – died in March of this year at the age of 45 from complications of diabetes.

A Tribe Called Quest was formed in 1985 in New York City by high school friends Q-Tip, Phife Dawg, Ali Shaheed Muhammad, and Jarobi White, who over the years has been a part-time member of the group. Their 1991 album, The Low End Theory, is widely recognized as one of the most influential hip-hop albums of all time. Muhammad was also co-host of NPR's music podcast Microphone Check, which recently became independent of the network.

A handwritten note from Q-Tip was posted on his Facebook page in late October. He announced the new album, which had formerly been only rumored, and discussed its origins. Q-Tip cited the group's performance on The Tonight Show last year – their first TV appearance in 18 years – as the beginning of the reunion. He writes, it was Nov. 13 – the night of the Paris bombings – an "unseasonably warm night in NYC."

"As we left 30 Rock, I felt the need, we all did, to get back to the studio and start that cook up," Q-Tip writes. He says the album was "coming along nicely," when Phife Dawg passed away. "But he left us with the blue print of what we had to do."