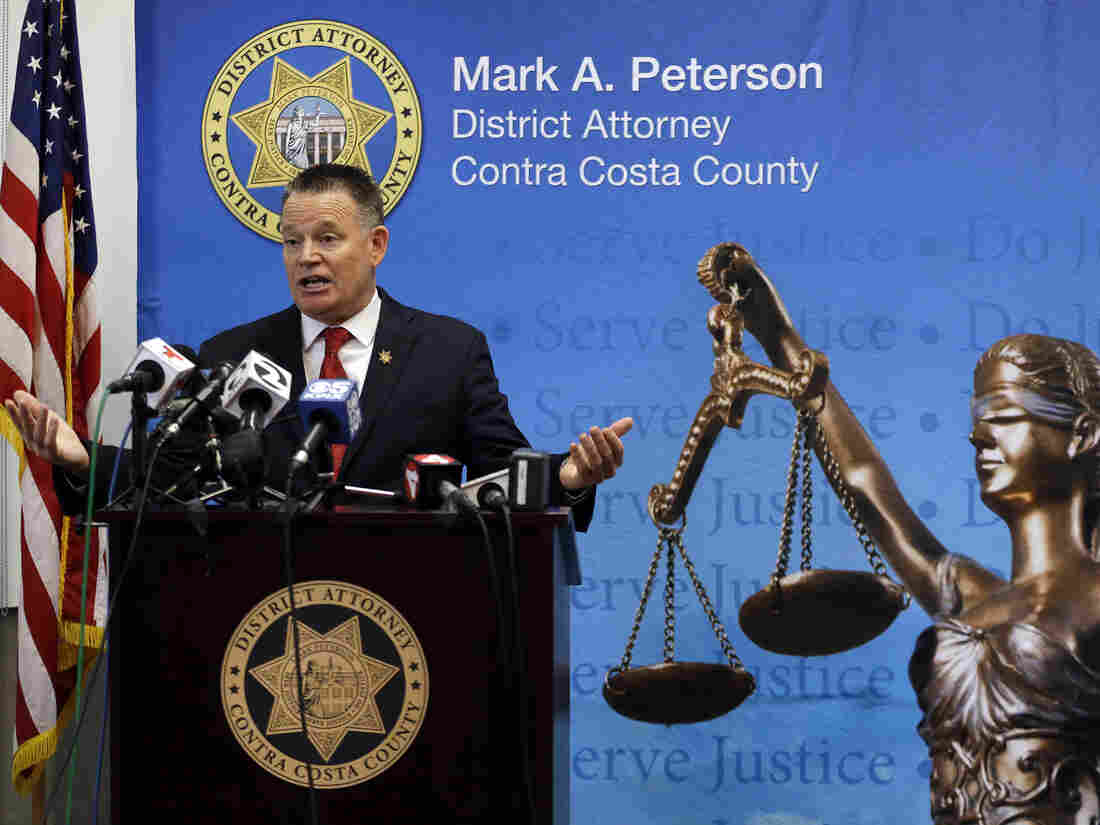 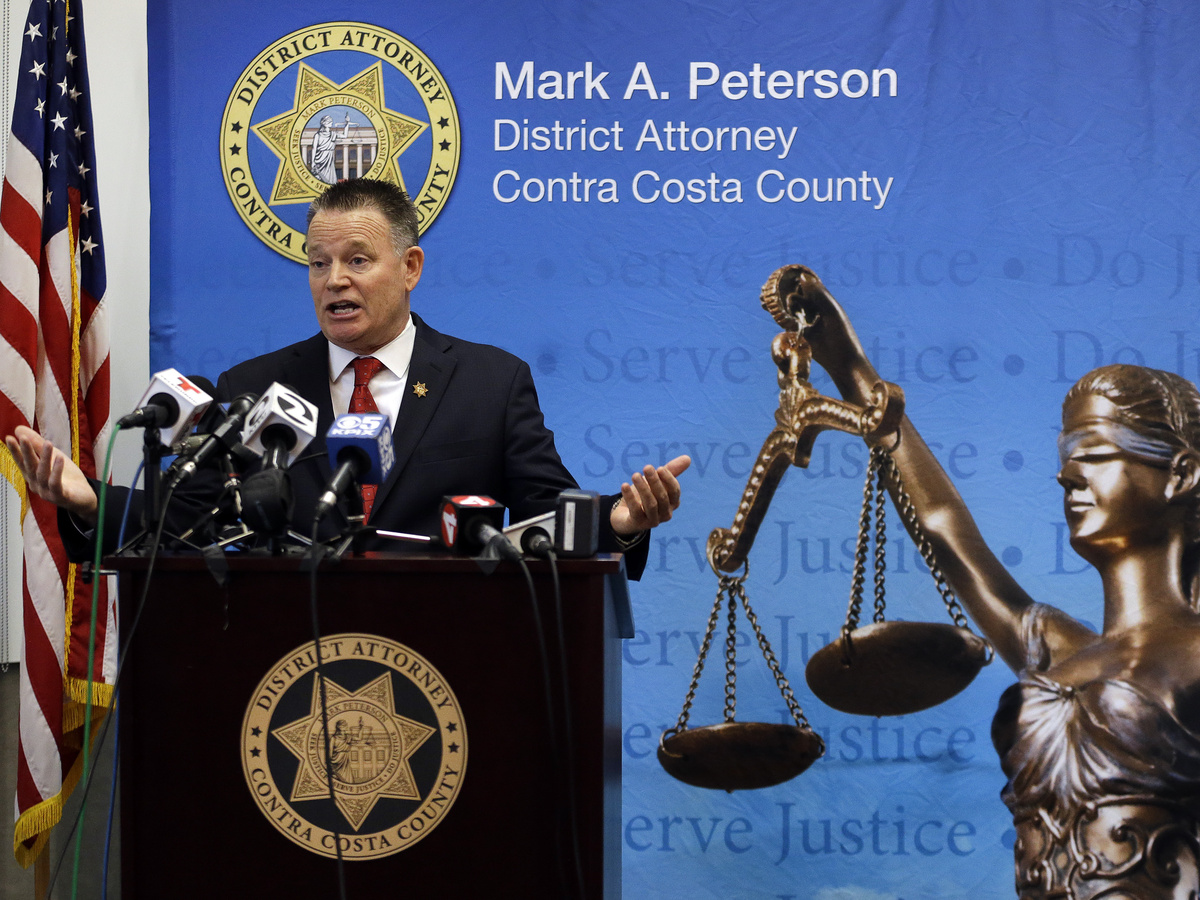 Contra Costa District Attorney Mark Peterson announced in Martinez, Calif., that he will charge a retired police captain with a misdemeanor prostitution count.

Another law enforcement officer will be charged in the ongoing investigation of dozens of San Francisco Bay Area police officers who allegedly had sex with a teen sex trafficking victim.

Contra Costa County District Attorney Mark Peterson said he is filing a single misdemeanor charge against an 81-year-old retired Oakland police captain who allegedly paid the victim for sex. According to Peterson, the victim was 18 at the time. The name of the retired officer was not announced, and NPR generally does not name individuals who are the alleged victims of sexual assault.

The charges follow the news Thursday that a former Oakland police officer, Terryl Smith, 30, will face five misdemeanor counts of "unauthorized furnishing of local criminal records." Smith allegedly ran the victim's name through a confidential police database and shared the information with her. The victim has said that she engaged in sex with police officers for money or for information about police activities.

In September, the district attorney of neighboring Alameda County, Nancy O'Malley, announced criminal charges against seven police officers, five of them past or current members of the Oakland Police Department.

As of last week, four police officers in the Richmond Police Department who were linked to the widespread scandal had been fired. An attorney for three of the officers, Michael Rains, said the firings were unjustified, in part because the contact between the officers and the victim was consensual. She allegedly said her contact with the Richmond officers occurred after she turned 18 years old.

Contra Costa DA Peterson said he will not be charging any current police officers, including those from Richmond, based on a lack of evidence.

The police sex scandal surfaced in June when a local newsweekly reported that the victim had been involved with an Oakland officer who had killed himself last year. That revelation led to the resignation of the police chief and then the rapid departures of two successors, all in the course of two weeks.