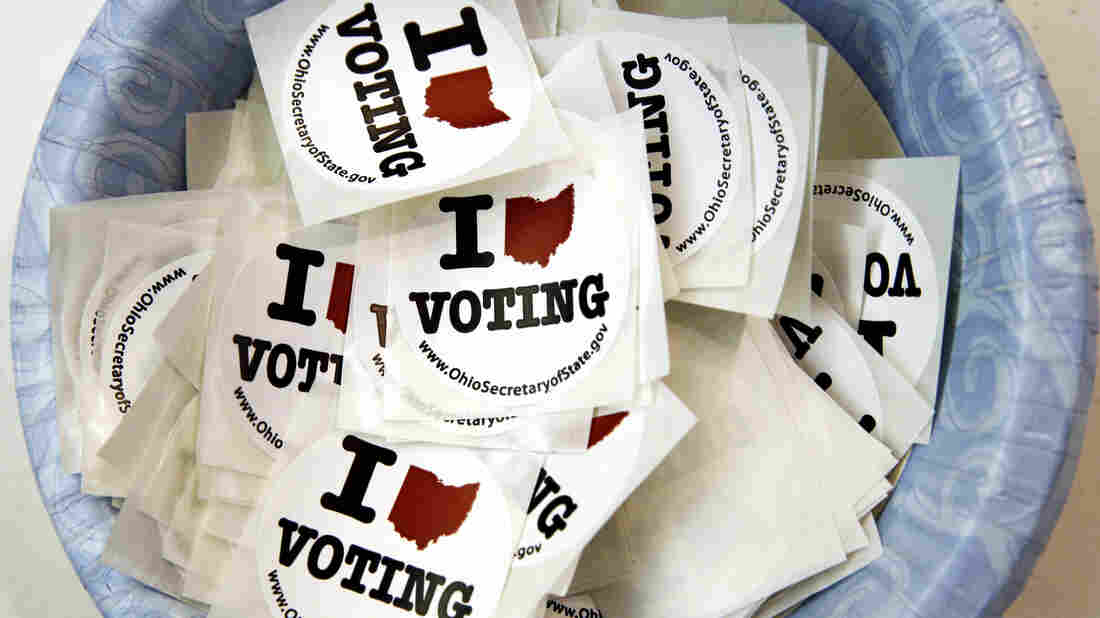 Stickers were on hand at a polling place during the primary election earlier this year in Westerville, Ohio. Friday, a judge in Ohio warned the campaigns not to intimidate voters. Matt Rourke/AP hide caption 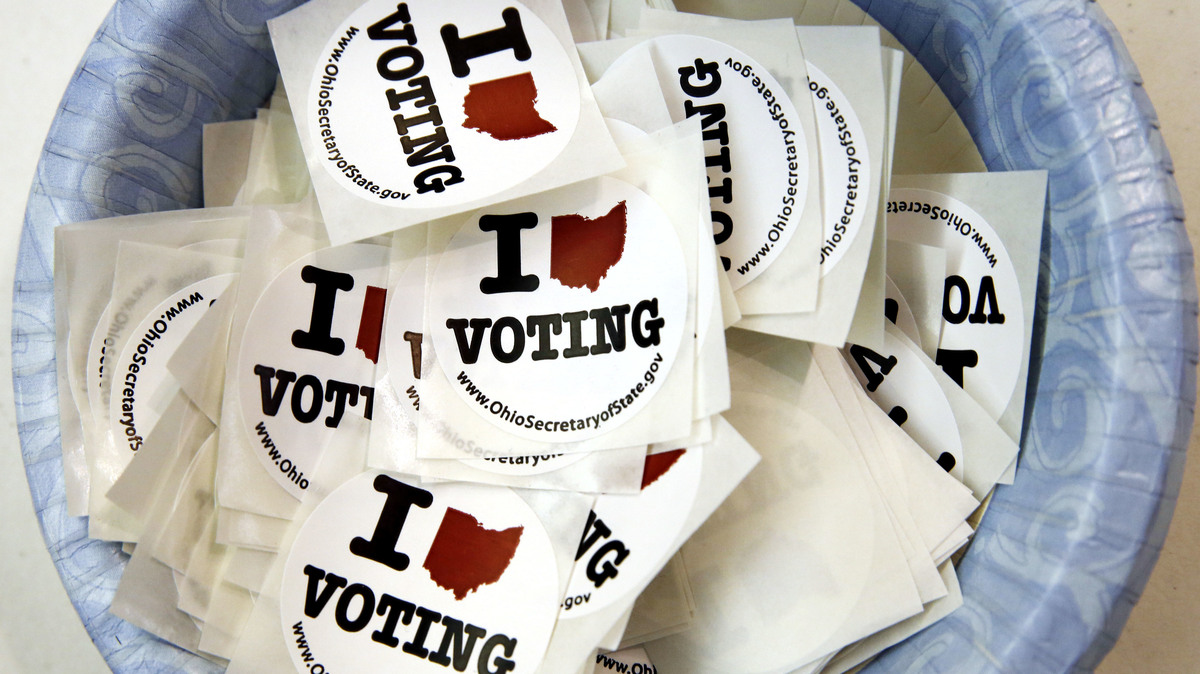 Stickers were on hand at a polling place during the primary election earlier this year in Westerville, Ohio. Friday, a judge in Ohio warned the campaigns not to intimidate voters.

A number of court rulings went the Democrats' way on the Friday before Election Day.

In North Carolina, a federal judge stopped the state from blocking thousands of voters from casting ballots. Keri Brown of member station WFDD reports for our newscast unit that at least three counties had removed up to 4,000 voters after private citizens had questioned those voters' legal addresses.

U.S. District Judge Loretta Biggs ruled that the procedures violated a law that forbids mass removal of voters within 90 days before an election, and said voters have the right to cast ballots "free from interference and burden unnecessarily imposed by others."

Plans To Watch Polls For Fraud Raise Fears Of Intimidation

In Ohio, a federal judge ordered the Donald Trump campaign and others not to intimidate or harass voters at polling sites. NPR's Pam Fessler reports Democrats sued insisting that monitoring wouldn't be a protection against fraud, but a guise for discouraging voting, especially by minorities:

"The judge ordered the Trump campaign and all groups – including any associated with the Clinton campaign – not to engage in any voter intimidation, [such as] verbally harassing or taking photos of voters in or around polling sites. Republicans say they have no intention of intimidating minority voters."

A court in Kansas also upheld a complaint against a requirement that prospective voters prove their citizenship.

But in Arizona, what had been a victory for Democrats Friday became a reversal Saturday, after the U.S. Supreme Court allowed the state's ban on ballot-collecting to remain in effect for Tuesday's vote. [Updated at 3 p.m. ET Saturday].