Accessibility links
Massive Protests Hit Seoul Over Leader's Ties To Mysterious Confidante : The Two-Way One day after South Korea's President Park Geun-hye issued a new apology over one of the most bizarre political scandals in recent memory, demonstrators call for her resignation. 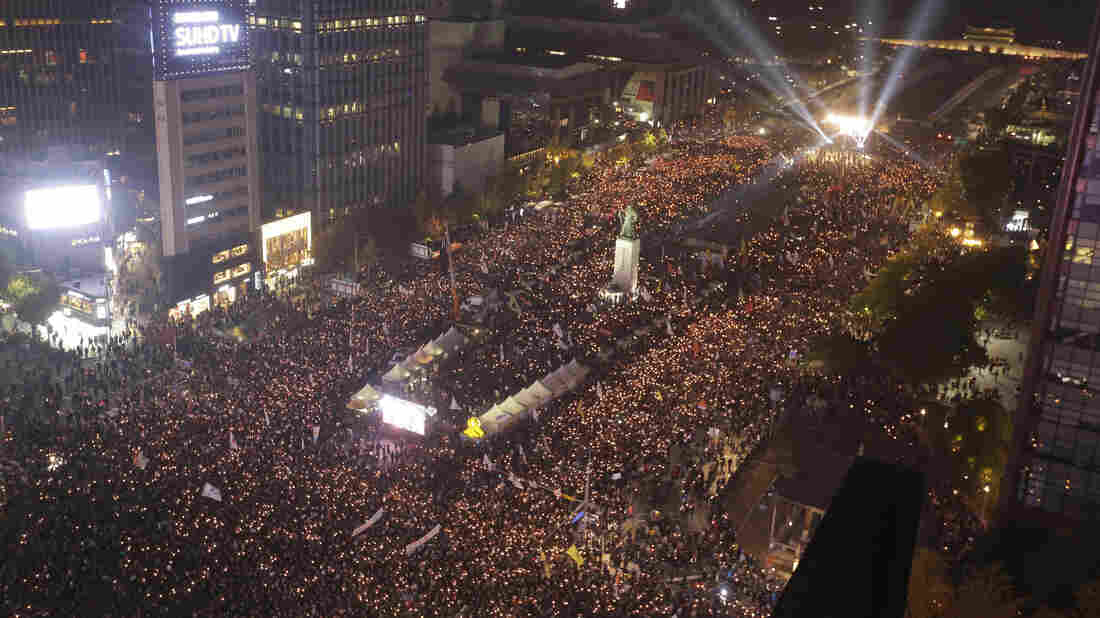 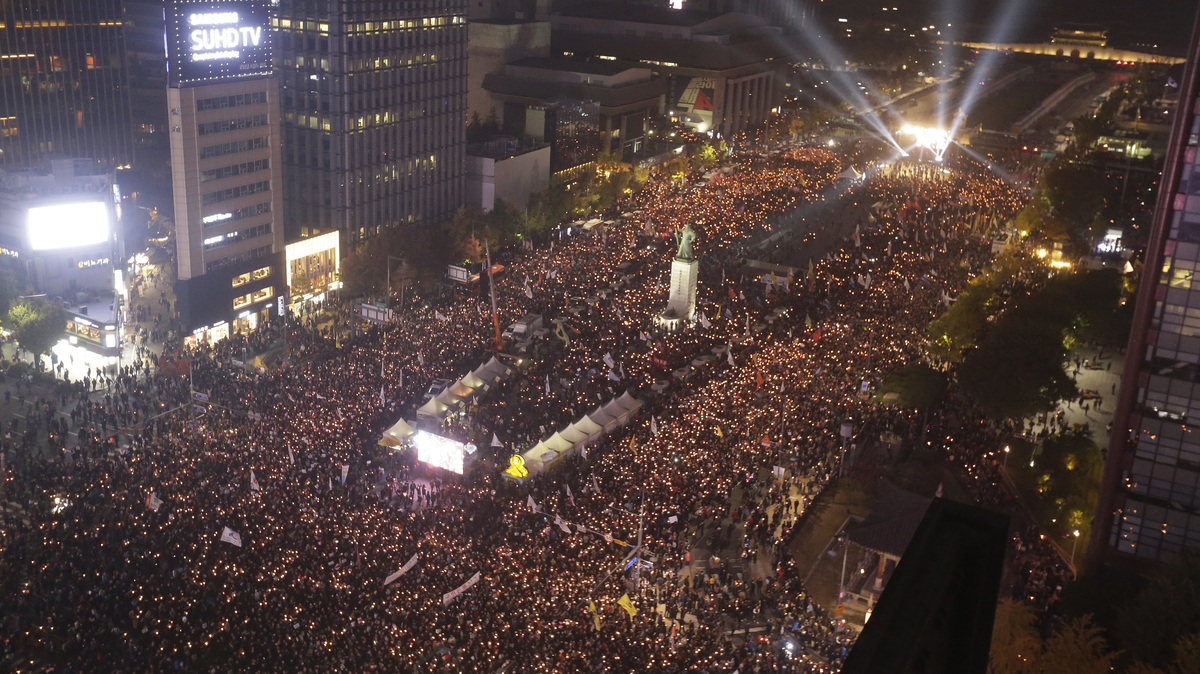 Tens of thousands of protesters flood part of downtown Seoul Saturday, calling for South Korean President Park Geun-hye to step down over an explosive political scandal.

One day after South Korea's President Park Geun-hye issued a new apology over one of the most bizarre political scandals in recent memory, protesters flooded the streets of downtown Seoul to call for Park to resign over her relationship with a spiritual adviser who has ties to a shamanistic cult.

That adviser is Choi Soon-sil, a friend of Park's for some 40 years who was arrested this week as part of an investigation into whether Choi had improper influence over Park — and whether she used that influence to get rich.

As NPR's Elise Hu has reported, "Choi is the daughter of a mysterious religious figure, Choi Tae-min, the leader of a small cult who befriended a young Park Geun-hye in the 1970s with claims he could channel the voice of Park's dead mother."

Here's a summary of recent developments in the scandal:

As is often the case, estimates of the size of today's protests in Seoul vary widely. Organizers tell the Korea Herald that around 200,000 people came out; the police say it was around 43,000.

Whatever their number, the protesters held signs and chanted for Park to step down. The group reportedly ranged from middle school students to retirees.

"Looking at young students taking to the streets, I am so ashamed and embarrassed about myself and people from our generation," Lee Seong-kyun, a 65-year-old retiree, tells the Korea Herald. "We (adults) let this happen by not taking action"

It's the second Saturday in a row that thousands of demonstrators have turned out to demand Park step down; last week, her approval rating hit "an unprecedented low of 14 percent and Park's ordered all 10 of her senior aides to resign," as Elise reported.

By Wednesday, Park's approval rating had fallen to 9 percent.