Accessibility links
Jury Selection Postponed In Trial Of Church Shooting Suspect Dylann Roof : The Two-Way The federal death penalty trial of Roof, who is accused of murdering nine people at Charleston, S.C.'s oldest black church, was postponed for a closed hearing between Roof, his attorney and the judge. 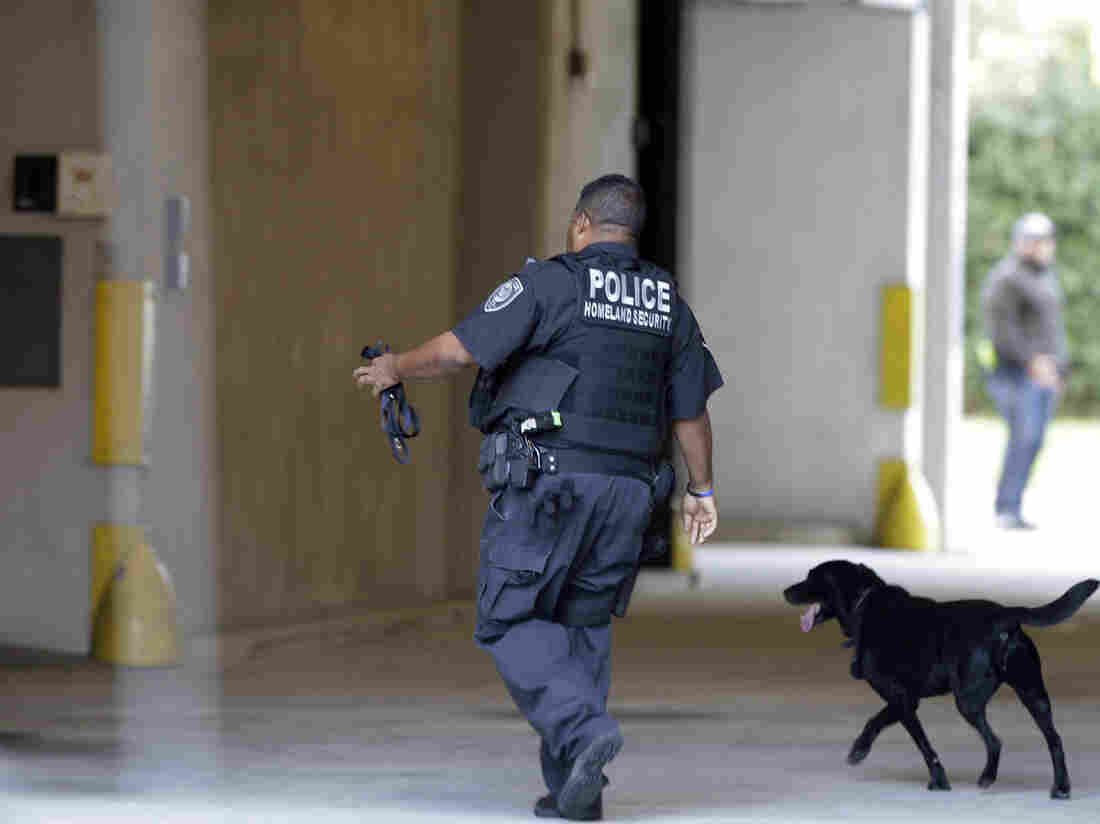 An officer with the Department of Homeland Security patrols outside the federal courthouse in Charleston, S.C., on Monday. Chuck Burton/AP hide caption 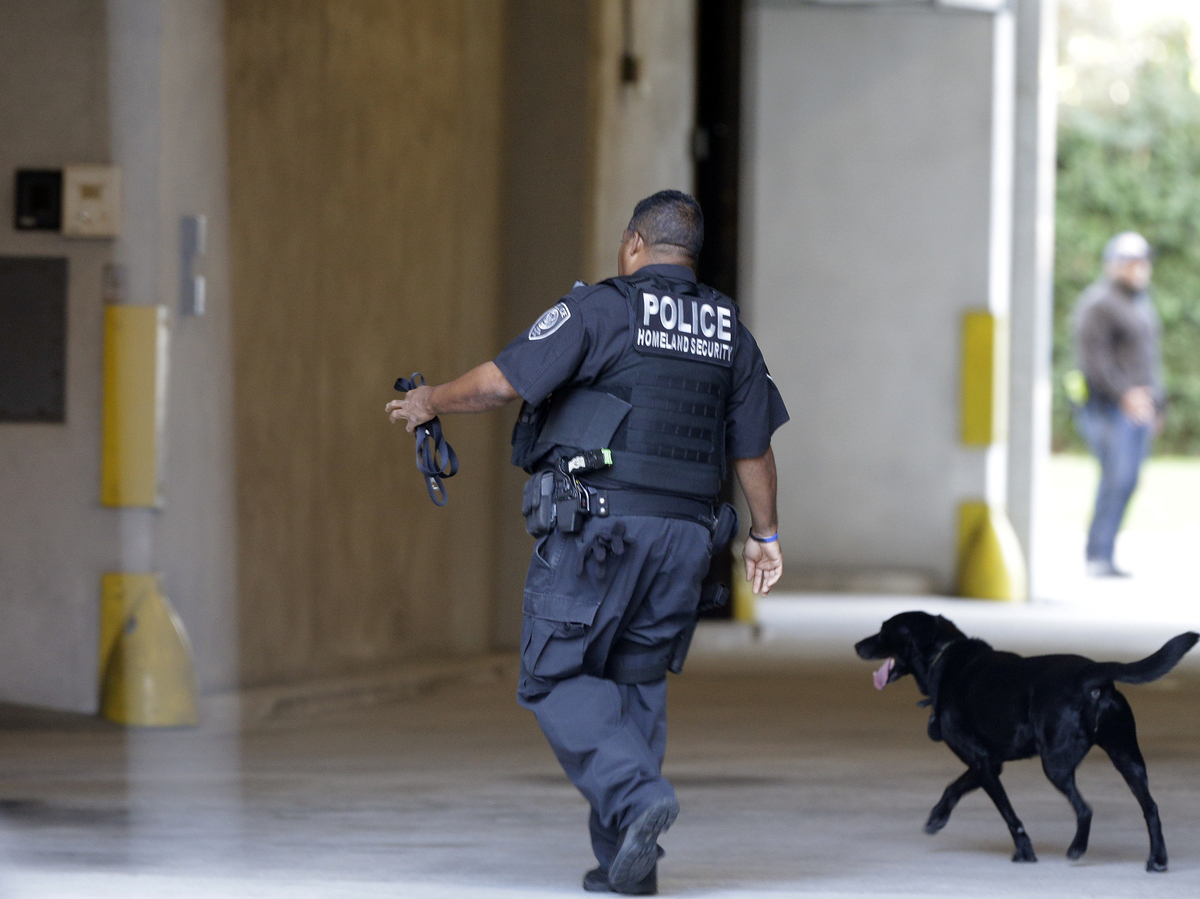 An officer with the Department of Homeland Security patrols outside the federal courthouse in Charleston, S.C., on Monday.

Jury selection in the federal trial of Dylann Roof, the 22-year-old suspected of murdering nine people last year at the oldest black church in Charleston, S.C., was postponed Monday morning by the presiding judge.

In a public statement explaining the delay, Judge Richard Gergel did not say when jury selection would resume.

"I have received a motion in this case this morning requiring my immediate attention and the conducting of a hearing involving only the Defendant and defense counsel. The hearing with be closed to the Government and the public."

"The government" refers to the prosecution in the case. Roof has pleaded not guilty to 33 federal hate crimes counts; he is accused of entering the historically black Emanuel African Methodist Episcopal Church in downtown Charleston and sitting among worshipers at a Wednesday Bible study before opening fire. The church's senior pastor was among those who died.

The judge did not elaborate on the nature of Monday's last-minute hearing, saying only that, "The closing of the hearing in necessary to protect the attorney client privilege and the Defendant's right to a fair and impartial jury and a fair trial."

Reporter Jennifer Berry Hawes of Charleston's The Post and Courier newspaper was at the courthouse and tweeted that the hearing lasted an hour and 40 minutes, and that the lead defense attorney for Roof did not comment on what was discussed.

For more on the trial and the alleged crime, here's what we wrote yesterday.

On Monday, the Charleston Police Department said it was investigating letters sent to Emanuel AME Church, several hotels and a city park. The letters included racial epithets and called for people to kill those who are not white, reported NPR's Debbie Elliott.

"Security is tight in downtown Charleston with two high profile, racially-charged trials underway: the Roof federal death penalty case, and across the street in the county courthouse, the murder trial of a white ex-cop accused of killing an unarmed black motorist."

That trial, for former police Officer Michael Slager, is in its second week.