Accessibility links
U.S.-Backed Fighters Push Forward In 2 Key Offensives Against ISIS : The Two-Way Two offensives in two countries are aimed at retaking Syria's Raqqa and Iraq's Mosul. Raqqa is the Islamic State's de facto capital, while Mosul is the group's most important stronghold in Iraq. 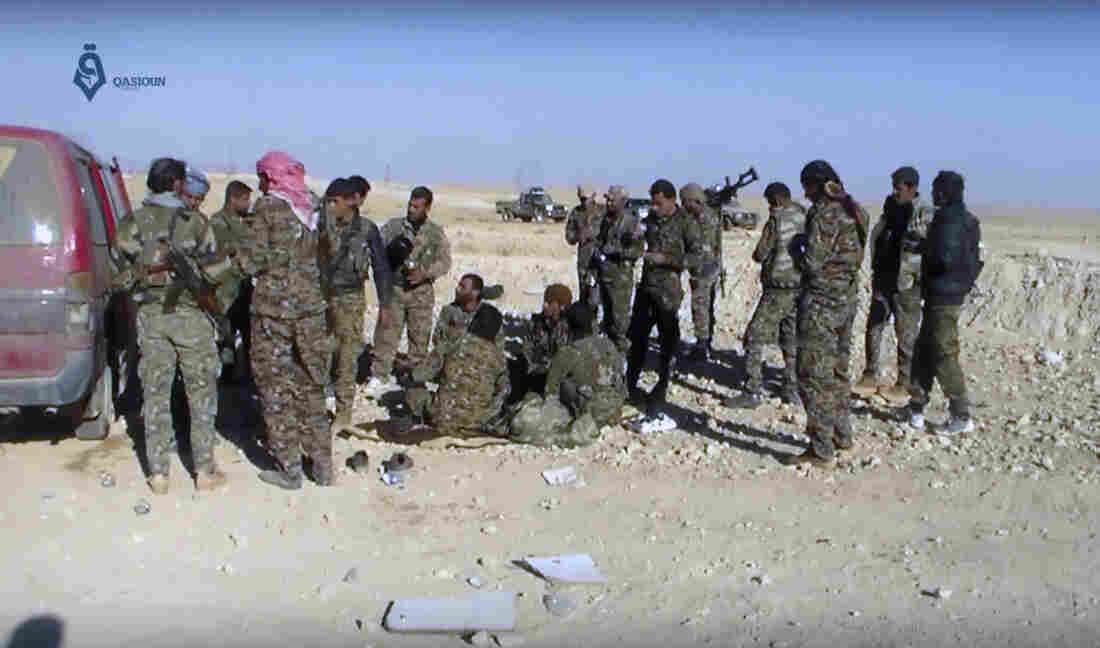 U.S.-backed fighters rest during fighting with the Islamic State group near Ein Issa, north of Raqqa, Syria, as shown in a video by Qasioun, a Syrian opposition media outlet. AP hide caption 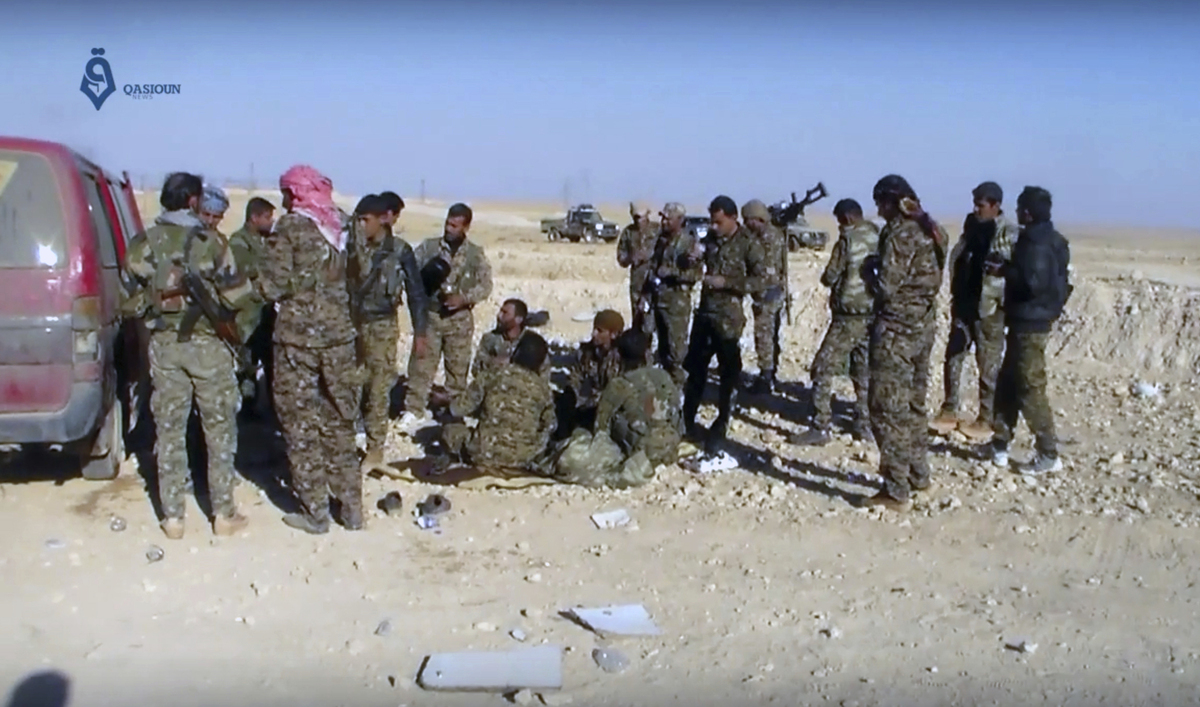 U.S.-backed fighters rest during fighting with the Islamic State group near Ein Issa, north of Raqqa, Syria, as shown in a video by Qasioun, a Syrian opposition media outlet.

U.S.-backed troops are making slow progress in their offensive aimed at retaking the Syrian city of Raqqa, the so-called capital of the Islamic State. This comes as Iraqi forces, assisted by the U.S., report gains in their mission to capture Mosul, the most important ISIS stronghold in that country.

The Syrian Defense Forces — a coalition led by Kurds that also includes Arab and Turkmen fighters — are trying to isolate Raqqa before attempting to take control of it. The SDF announced the start of the offensive on Sunday. It's backed by U.S.-led air support and military advisers.

"As in Mosul, the fight will not be easy and there is hard work ahead, but it is necessary to end the fiction of ISIL's caliphate and disrupt the group's ability to carry out terror attacks against the United States, our allies and our partners," U.S. Secretary of Defense Ash Carter said in a statement.

Iraqi security forces launched their offensive on Mosul in mid-October and have steadily gained ground. Last week, forces entered the eastern neighborhoods of the city. As the fighting continues, concern is growing about widespread reports that ISIS is using civilians as human shields and carrying out executions.

After Iraqi troops cleared ISIS fighters from the strategically located village of Hamam al-Alil south of Mosul, they discovered a mass grave with about 100 decapitated bodies, according to a Ministry of Defense statement. It wasn't immediately clear who the people were and when they died.

Raqqa fell under ISIS control in 2014 and is seen as the group's most important stronghold in Syria. ISIS is likely to launch a fierce defense of the city, as Abdelaziz Alhamza of the citizen-journalism collective "Raqqa is Being Slaughtered Silently" tells Morning Edition. "And [ISIS] losing Raqqa, it means like defeating the Islamic State," he added.

While the coalition troops are reportedly making gains, the composition of the ground force has raised questions. The SDF's most powerful component is the Kurdish YPG, a key U.S. ally against the Islamic State in Syria that neighboring Turkey views as a terrorist group.

Turkish concerns have complicated planning for the offensive, according to Reuters, because the country "does not want to see any further expansion of Kurdish influence in northern Syria."

"The Kurdish participation is problematic," as the BBC's Mark Lowen reports, because "Kurdish fighters are accused of expelling Arabs from areas they've taken in the north and Raqqa has an overwhelming Arab majority."

The U.S.-led coalition said in a statement that Arab troops involved in the operation are "indigenous to the area and will help establish regional support for SDF operations."

Monday saw heavy fighting in the countryside north of Raqqa, with the Syrian Observatory for Human Rights reporting that the SDF fighters faced suicide attacks as the two sides exchanged fire.

North of Mosul, Iraqi commanders tell NPR's Alice Fordham that they are making gains in the village of Bashiqa. As Alice reports, intense fighting continues in the city's eastern neighborhoods, and "an eyewitness inside says ISIS is preventing people from leaving, and mosques are broadcasting calls for people to join the fighting."