Accessibility links
D.C. Votes Overwhelmingly To Become 51st State : The Two-Way District of Columbia voters passed the referendum Tuesday with nearly 80 percent in favor. Congress, which will ultimately decide the fate of the federal district, is not expected to approve it. 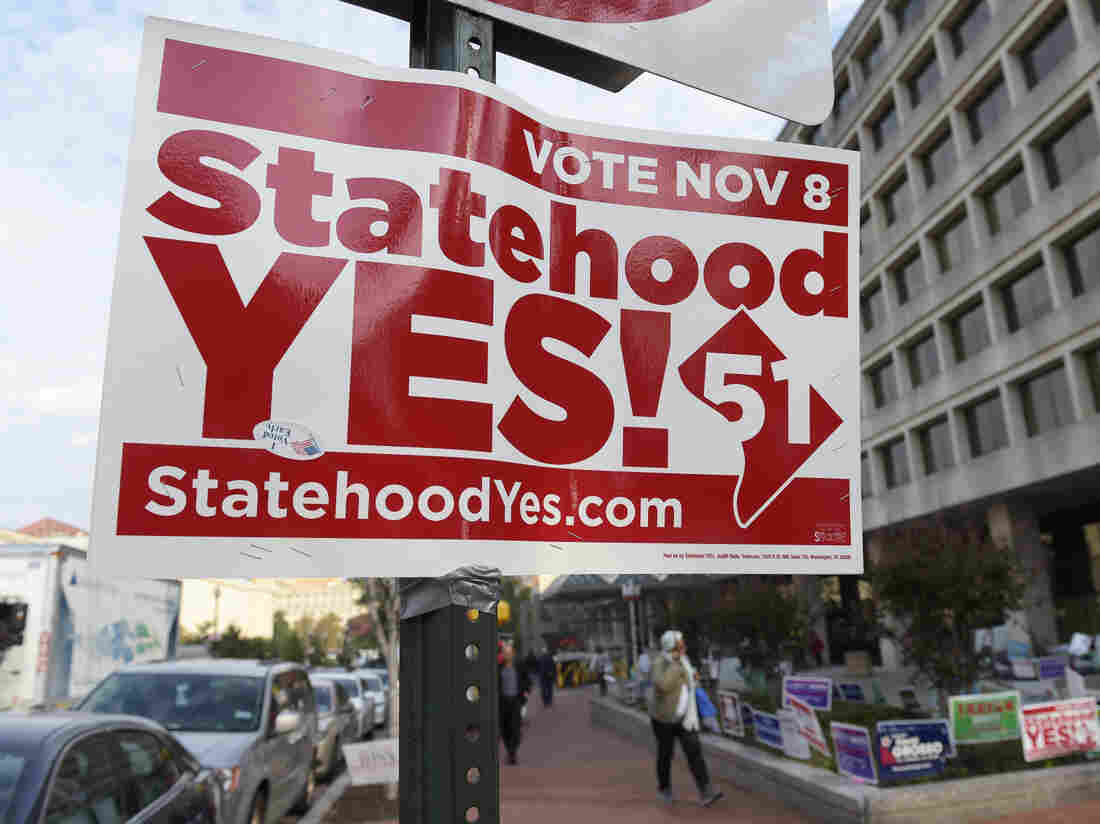 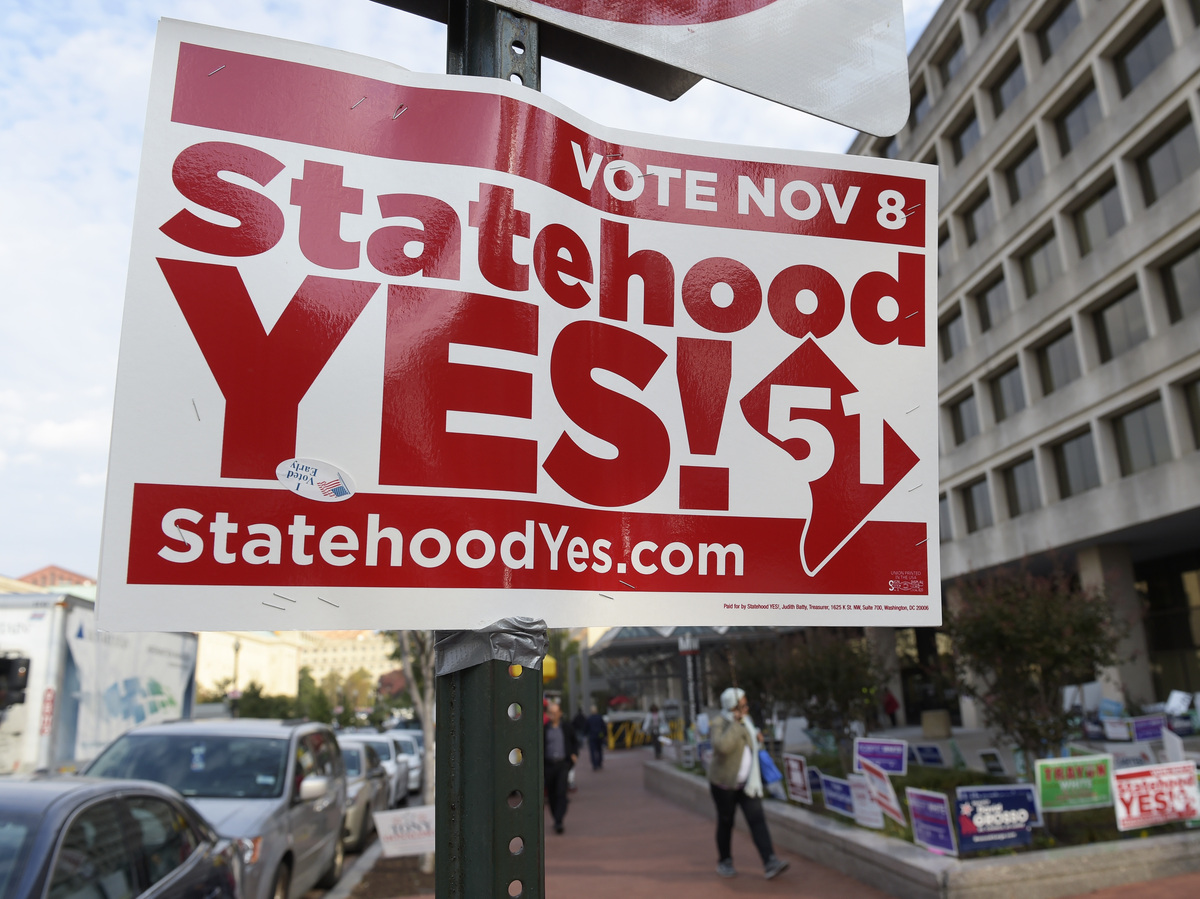 A sign supporting D.C. statehood on display outside an early voting place on Nov. 3.

Voters in the District of Columbia passed a measure on Tuesday in favor of petitioning Congress to become a state in the union.

79 percent of voters cast votes in favor of the ballot measure, which splits the district into a residential state with a small federal district in the middle of it for government buildings and monuments, as we have reported.

Now that it has passed, the petition will go to Congress, which has the power to permit or deny it. D.C. Mayor Muriel Bowser told the Washington Post she would move quickly and deliver a petition for D.C. statehood to the president-elect and congressional leaders by Inauguration Day.

"This is what I've heard from D.C. residents all over the city. ... They want to be treated like every American. They want two senators," Bowser told the Post. "We need equality, and the only way to get there is with statehood."

Residents of the District of Columbia currently do not have full voting rights. As NPR's Ken Rudin explained in a 2010 blog post:

"People who live in the nation's capital — at least most of them anyway — pay their taxes. But they don't have voting representation in Congress. They do get three electoral votes in the race for president. But there is nobody for them in the Senate, and in the House, there is a delegate who can vote in committee or on procedural matters that don't involve a final vote but cannot vote on the floor."

The proposed "State of New Columbia" would grant residents the right to full congressional representation under a new state Constitution that will be drawn up as a result of the referendum.

But the outcomes of the presidential and congressional races on Tuesday could affect whether Congress and the next president approve D.C.'s petition.

"Partisan politics have long made D.C. statehood a non-starter with Republicans in Congress. ... Democrats outnumber Republicans in the District by a margin of more than 2 to 1. That means that if it were allowed to become a state, the District would probably elect two Democratic senators and a Democratic member of the House, improving odds for Democratic control of both chambers for decades to come."

In 2015, Trump said on NBC's Meet the Press that, when it came to the question of statehood, he would be in favor of "whatever's best for them," referring to the people of D.C.

"I would look at a number of things," he said. "And something would be done that everybody would be happy."