Accessibility links
3 Ways President-Elect Trump May Shake Up Trade Policy : The Two-Way Analysts say Trump is likely to kill off TPP, reshape NAFTA and impose tariffs. But economists fear those moves could set off a trade war. 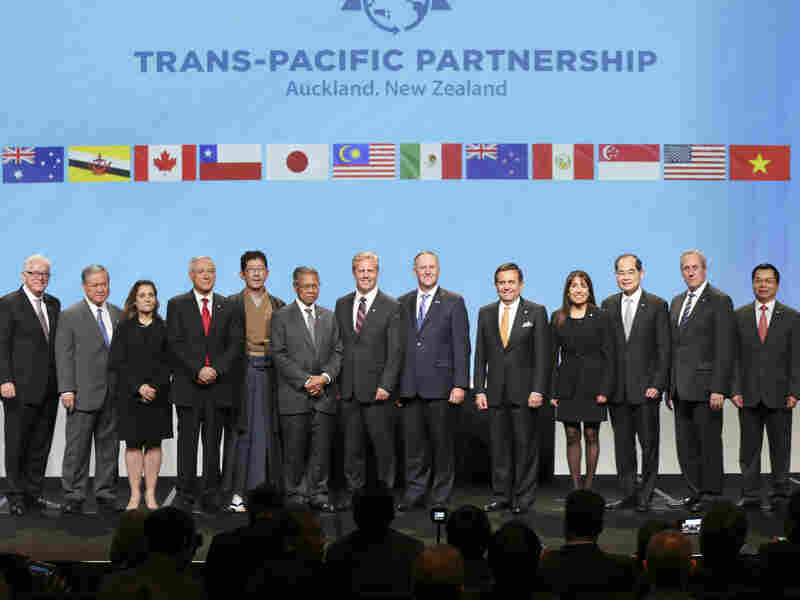 Trade delegates pose for a photograph after signing the Trans-Pacific Partnership Agreement in Auckland, New Zealand, earlier this year. The deal is expected to be in the crosshairs of President-elect Donald Trump. David Rowland/AP hide caption 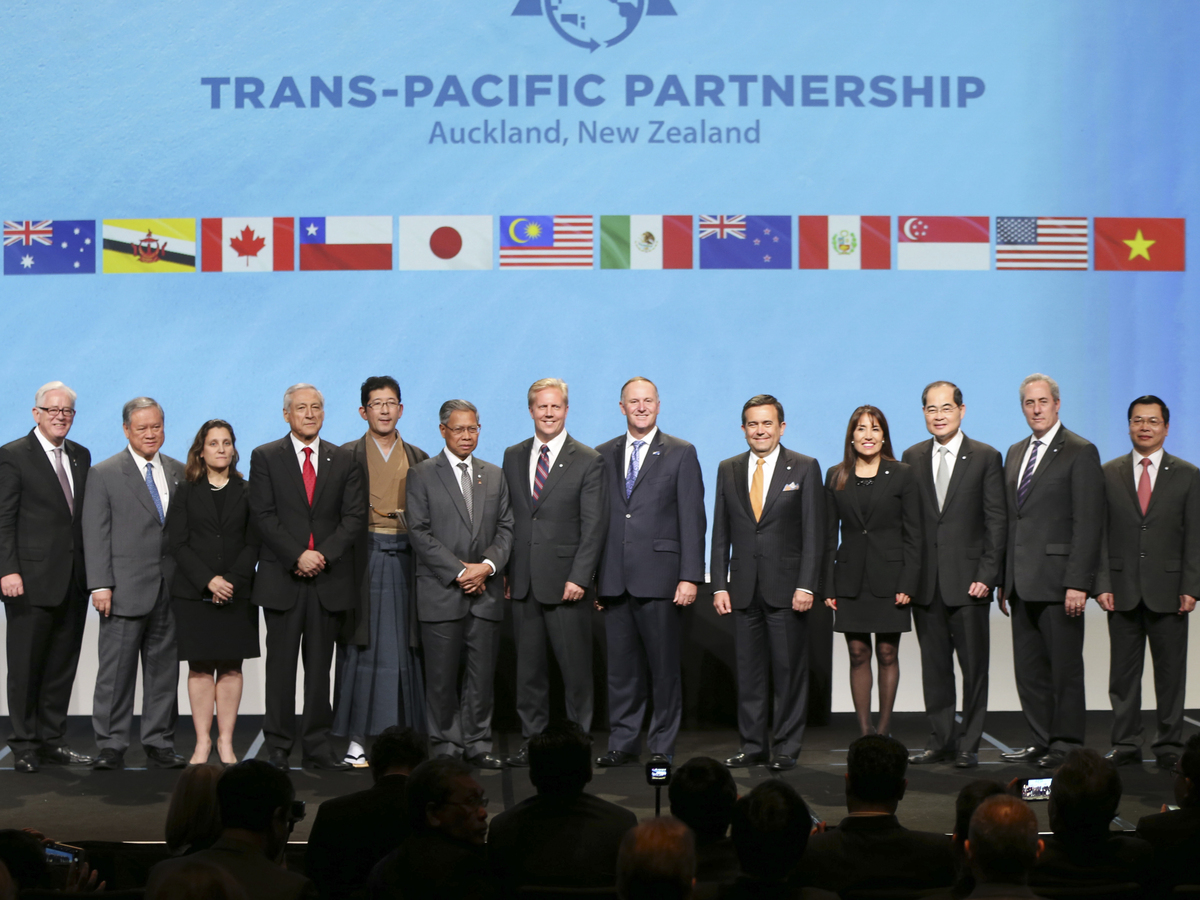 Trade delegates pose for a photograph after signing the Trans-Pacific Partnership Agreement in Auckland, New Zealand, earlier this year. The deal is expected to be in the crosshairs of President-elect Donald Trump.

During his campaign, President-elect Donald Trump often was fuzzy on details of his economic plans.

But he was clear about one goal: getting much tougher on trade relations with our most important partners, i.e., China, Canada and Mexico.

Analysts say they don't doubt he will follow through. "We are definitely shifting to a world where the landscape is far less favorable to trade," said Eswar Prasad, professor of trade policy at Cornell University.

These are the three most likely steps to be taken in this new environment:

Step 1: Kill TPP. For years, the Obama administration has been negotiating the Trans-Pacific Partnership, a trade pact involving 12 Pacific Rim nations, including the United States, Japan and Australia. President Obama had hoped to get Congress to approve the pending deal after the election.

But Trump has said TPP would benefit special interests that plan to "rape" this country. In coming weeks, Republican leaders wouldn't want to pass an agreement that would not get implemented next year by a new administration.

In a sign that may suggest other countries recognize the death of TPP, a press conference concerning the deal was canceled by the ambassadors of four TPP participants — Australia, Japan, New Zealand and Singapore. They had planned a briefing on Thursday at Japan's embassy, where they would discuss "why this deal is important."

But on Wednesday, the event suddenly was canceled because, they said, of difficulties with "schedules."

Step 2: Go after NAFTA. As part of his first-100-days agenda, Trump has promised to renegotiate the North American Free Trade Agreement — or withdraw from it.

For more than two decades, NAFTA has been knitting together the economies of the U.S., Canada and Mexico, allowing manufacturers and farmers to more easily do business across an immense economic space. But Trump says some U.S. manufacturers have moved jobs to Mexico, so he wants to impose steep tariffs on imported goods from that country.

Because NAFTA is a multination treaty signed by Congress, changing it "would not be a trivial matter," Prasad said. "It's going to be difficult to roll back trade agreements that already exist."

Still, Trump could slowly strangle NAFTA by "making life potentially difficult" for firms doing cross-border business, Prasad said. That can be accomplished by aggressively using enforcement mechanisms to hassle companies. "Could NAFTA be killed? Not in letter, but in spirit — yes," he said.

Step 3: Impose tariffs. Trump has threatened to impose big tariffs on imports from certain countries to force concessions to trade deals. He also says he would use "tariffs to discourage companies from laying off their workers in order to relocate in other countries and ship their products back to the U.S. tax-free."

Moody's Analytics says such tariffs would hurt many U.S. industries, particularly autos, oil and technology, which rely heavily upon international supply chains. "However, it would be positive for industries facing severe import competition, such as steel and manufacturing subsectors," the Moody's report said.

Economists say the danger with imposing tariffs is that our trading partners could retaliate, making it much more difficult to sell U.S. goods and agricultural products around the world. "We are likely to see ... a trade war break out as the president raises tariffs on China and Mexico," Keith Wade, chief economist at Schroders, said in an analysis.