Accessibility links
Colorado Voters Accept Right-To-Die Measure : The Two-Way Colorado became the sixth state to pass an aid-in-dying measure. It allows people with six months or less to live to obtain and self-administer medications to hasten their deaths. 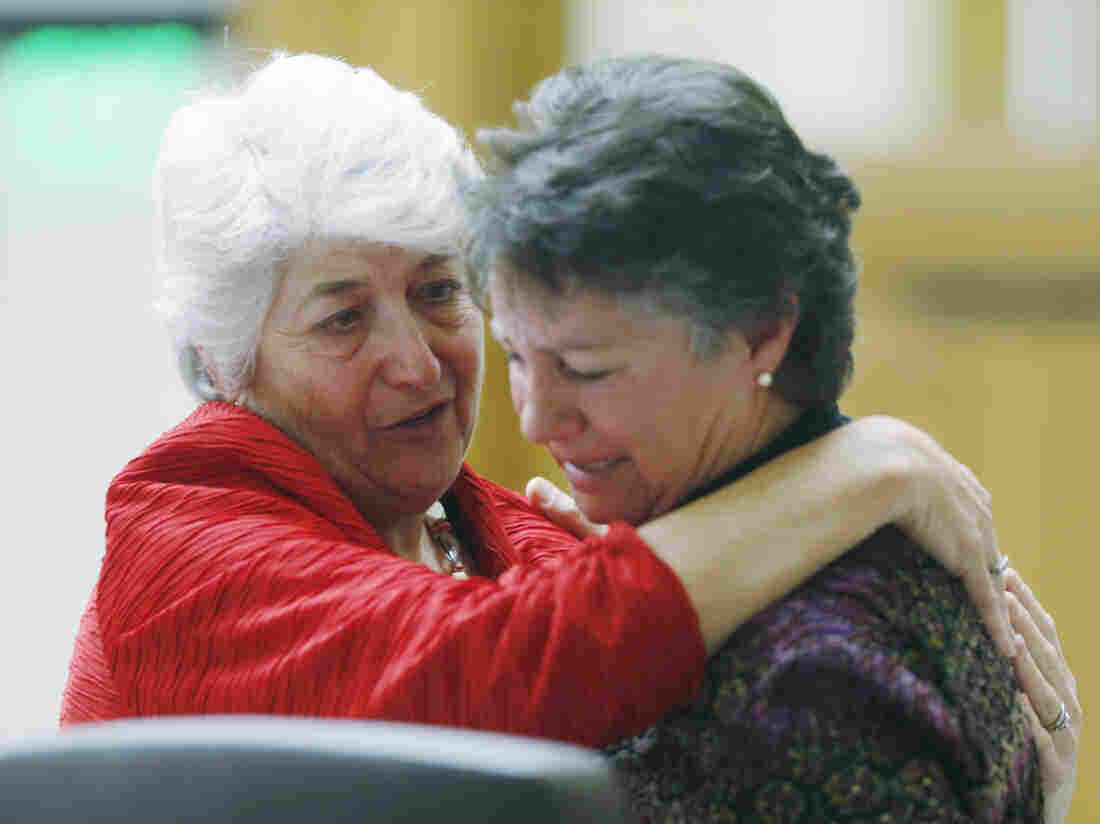 Colorado state Rep. Lois Court consoles Carol Stork after her 2015 testimony about the death of her terminally ill husband, during a legislative hearing on a proposal to offer life-ending medication to such patients. David Zalubowski/AP hide caption 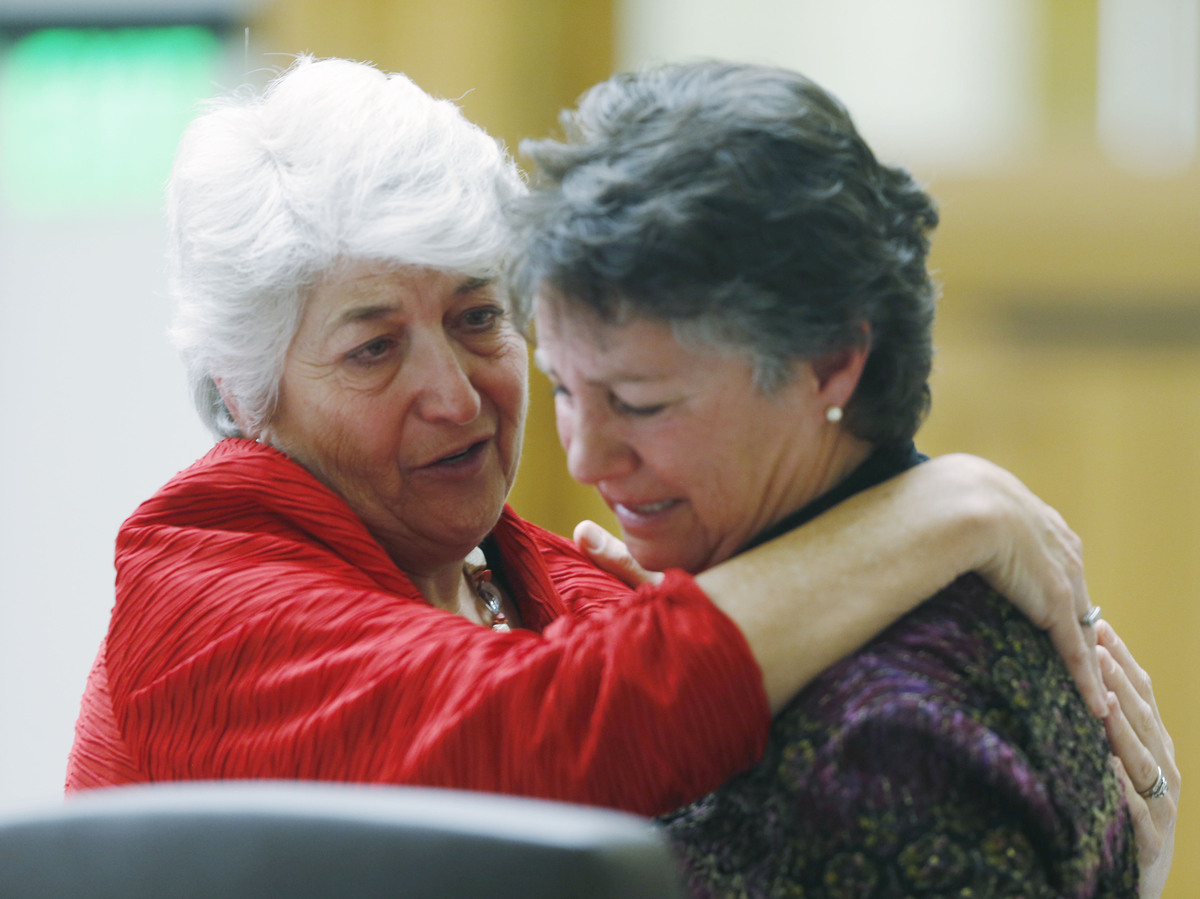 Colorado state Rep. Lois Court consoles Carol Stork after her 2015 testimony about the death of her terminally ill husband, during a legislative hearing on a proposal to offer life-ending medication to such patients.

The ballot measure allows adults with six months or less to live the option to obtain prescription medication from a doctor and administer it themselves. The measure passed with about 65 percent of the vote, according to The Denver Post.

The measure requires that people "make two oral requests, separated by at least fifteen days, and a valid written request to his or her attending physician." It also requires that people be capable of taking the medication unassisted, and stipulates that patients can rescind a request for life-ending medication at any time during the process.

The law protects doctors and pharmacists from prosecution for prescribing or dispensing such medications.

The Denver Post reported two similar measures had previously failed to make it through the state legislature.

"We congratulate Colorado for becoming the sixth state where more people have peace of mind at the end of life and fewer suffer unnecessarily," Barbara Coombs Lee, the head of the national assisted-dying advocacy group Compassion & Choices, wrote in a statement.

The other five states with so-called aid-in-dying laws are Washington, Vermont, Montana, California and Oregon. Montana's law has effectively legalized the practice of helping terminally-ill patients end their own lives by protecting physicians from prosecution, as we have reported.

California's law is the most recent — it was signed by the governor in 2015 and took effect in June this year. Like the Colorado measure, it gives the right to life-ending prescriptions to patients with six months or less to live.

Oregon's aid-in-dying law has been on the books the longest — it took effect in 1997, according to the Oregon Health Authority.

John Daley of Colorado Public Radio has reported that Colorado's proposal is modeled after Oregon's law. "In both, two doctors must determine a patient is mentally capable of making the choice and isn't under undue influence or coercion," he said.

Stringent anonymous data collection requirements in Oregon's law mean there is detailed information available about how the law has been used by patients and doctors in the nearly two decades since it took effect. For example, between 1997 and 2015, more than one-third of people who obtained prescriptions didn't take the medications, according to data compiled by the state.

Oregon data also showed an increase in the number of people requesting life-ending medication in the last three years.