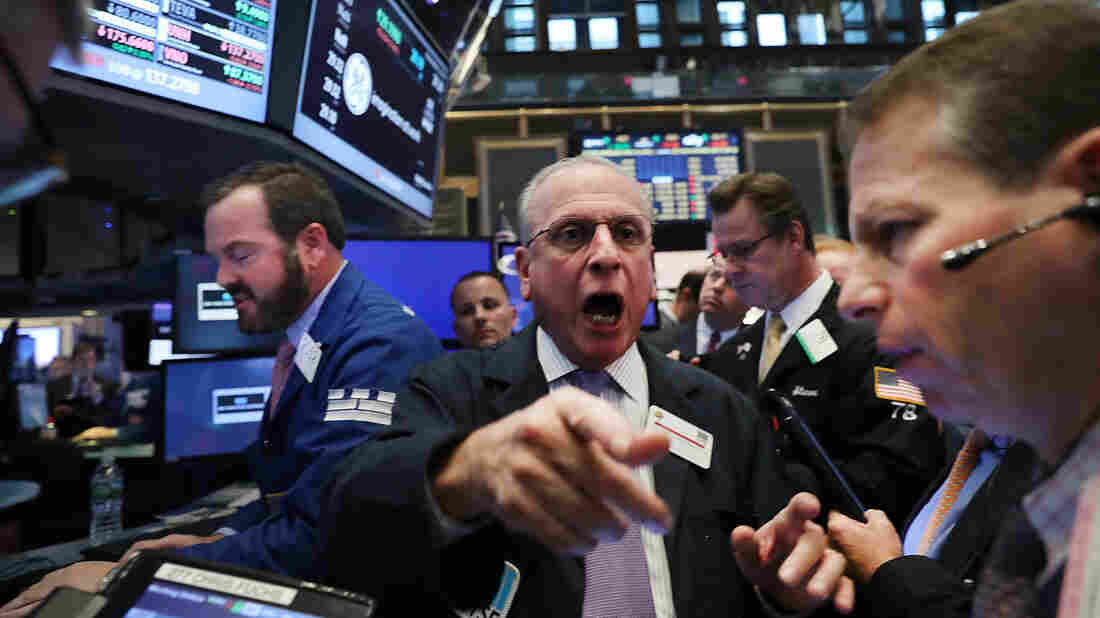 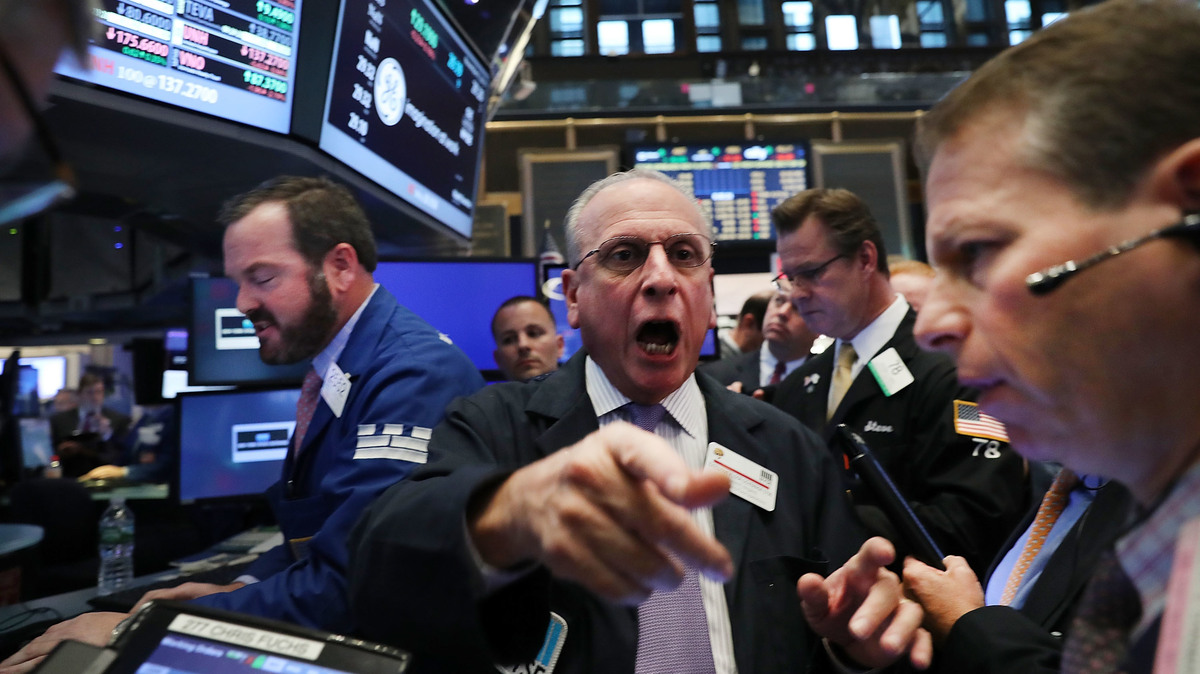 Traders work on the floor of the New York Stock Exchange Wednesday morning, after Donald Trump won a major upset in the presidential election.

U.S. stocks closed up Wednesday. It was a dramatic reversal from the deep losses in overnight trading. Investors were concerned that Donald Trump's unexpected victory would create uncertainty and damage the overall view of the U.S. economy. Overnight financial markets reacted with fear as Hillary Clinton's loss became apparent.

Throughout the summer and into the fall, U.S. markets had behaved quietly, as investors became confident of a Clinton victory. In late October, when it appeared the FBI would reopen an inquiry into Clinton's email, stocks began a steady fall.

But with the election settled, each of the major indexes closed up by more than a point on Wednesday. A closer look reveals that investors poured money into sectors that could potentially benefit from the Trump presidency.

"The market's basically looking at old economy stocks coming back ... and those stocks did pop up today," says Juli Niemann, an analyst with Smith Moore and Co.

This rally was nothing more than Alka Seltzer bubbles relieving election pain and fizz. Now the ulcers are developing nicely: Isolationism and protectionism.

Health care companies did poorly, with the anticipation that the Obamacare insurance coverage law will end. And tech stocks dipped. "That's the new economy," she continues, "and [investors think] this is not going to be a new economy kind of president."

Financial stocks were up in part because analysts believe interest rates will rise because the dollar is declining. Europe and Asia are worried about the Trump presidency, and their investment money could potentially move out of U.S. markets.

"We're not alone in this [new economy], " says Niemann, "So this rally was nothing more than Alka Seltzer bubbles relieving election pain and fizz. Now the ulcers are developing nicely — isolationism and protectionism."

One of the sectors facing uncertainty is automotive. Auto stocks were mixed upon news of the election, with car companies — one of the industries Trump criticized during the campaign — vowing to work with the president-elect. The Detroit News looks how the auto industry is reacting to the impending Trump presidency.

"Carmakers have banked on using Mexico, which offers low labor costs, to aid small-car production, which have lower profit margins. Mexico represents about 20 percent of light vehicles made in North America, according to a recent analysis of the country's impact on the automotive industry by the Center for Automotive Research.

" 'We agree with Mr. Trump that it is really important to unite the country – and we look forward to working together to support economic growth and jobs,' Ford, which congratulated Trump, said in a statement.

"Trump repeatedly used an April 2015 announcement by Ford to invest $2.5 billion for small car production in Mexico as a talking point throughout his campaign. The Republican businessman has said he would renegotiate NAFTA. If that's not a success for Trump, he has indicated he would end the trade pact with Canada and Mexico and slap a tariff as low as 10 percent, or as high as 35 percent, on vehicles and parts made in Mexico that are imported into the U.S. He also has threatened tariffs of up to 45 percent on China for goods exported to the U.S."