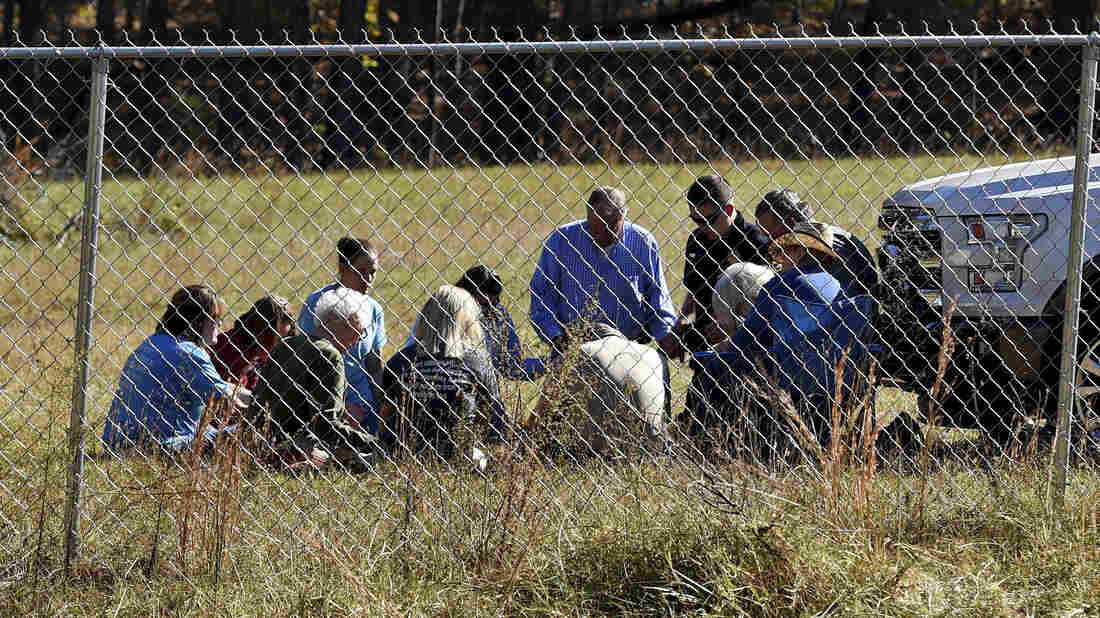 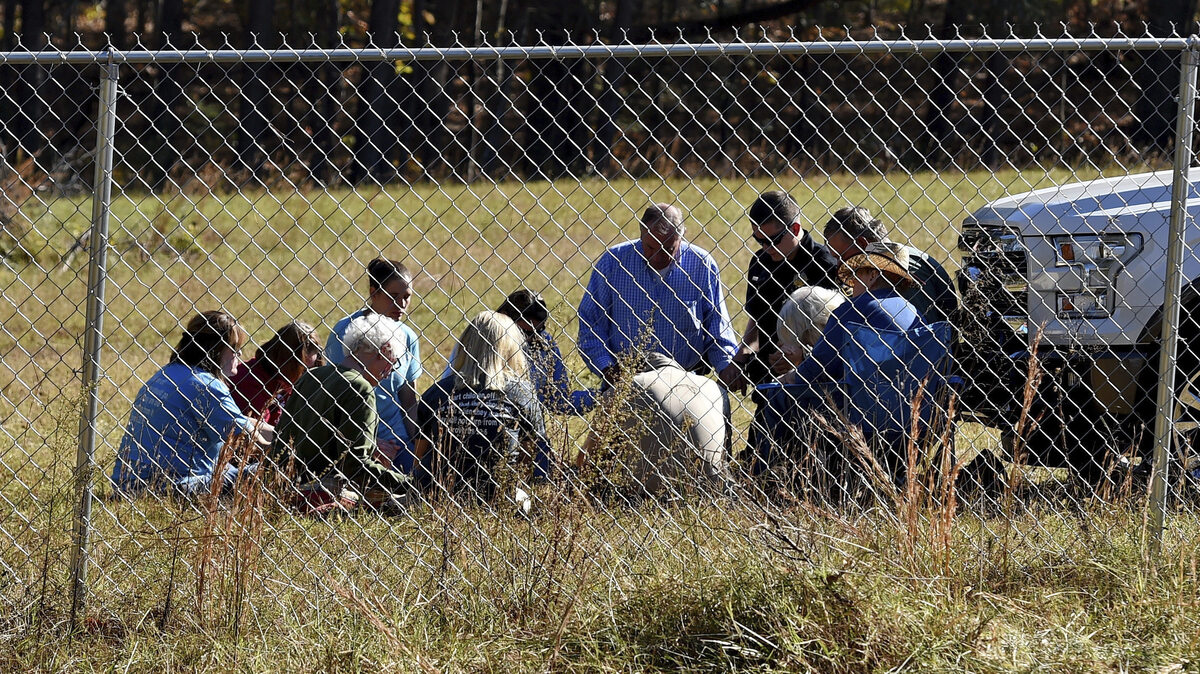 Members of a local church hold a prayer service on Todd Kohlhepp's property in Woodruff, S.C.

The bodies of two more presumed victims of Todd Kohlhepp, the South Carolina man who has confessed to multiple murders, have been identified as a young married couple who went missing in late 2015. Kohlhepp was arrested last week after a woman was found chained in a storage container on his land in Woodruff, S.C.

After Kala Brown was found alive but imprisoned on Kohlhepp's nearly 100-acre property, the body of her boyfriend, Charles Carver, was found nearby. The couple had been missing since late August. Now the Spartanburg County Sheriff's Office says it has found the remains of another couple on the property, and that both victims appear to have died from gunshots.

Meagan Leigh McCraw Coxie, 25, and her husband, Johnny Joe Coxie, 29, were reported missing in December of last year. The couple has at least one child, officials say.

"Deputies say that the couple panhandled near Interstate 26. The Coxies were released from jail in December 2015. Meagan told her mother that she had gotten a job and asked to be bonded out of jail, and her mother agreed, [Lt. Kevin] Bobo said.

"Meagan's mother reported the couple missing to the Spartanburg County Sheriff's Office later that same month, according to authorities."

The TV station also relayed a statement from Johnny Coxie's relatives, in which they said, "The family is in shock, grieving, and are not comfortable talking to anyone at this time. They have asked for people to please try and understand and give them time to heal. They appreciate everyone's love and concern."

As The Two-Way reported this past weekend:

"When she was found on Kohlhepp's nearly 100-acre property, Brown told law enforcement agents that as many as four bodies could be buried there — prompting Wright to tell journalists Thursday, "We're trying to make sure we don't have a serial killer on our hands.' "