Accessibility links
NAFTA Leaders Say They're Open To Talks : The Two-Way NAFTA has long united the economies of the United States, Mexico and Canada. With Donald Trump headed to the White House, trade partners say they're open to talks.

After 22 Years, Is NAFTA Headed Back To The Drawing Board?

After 22 Years, Is NAFTA Headed Back To The Drawing Board? 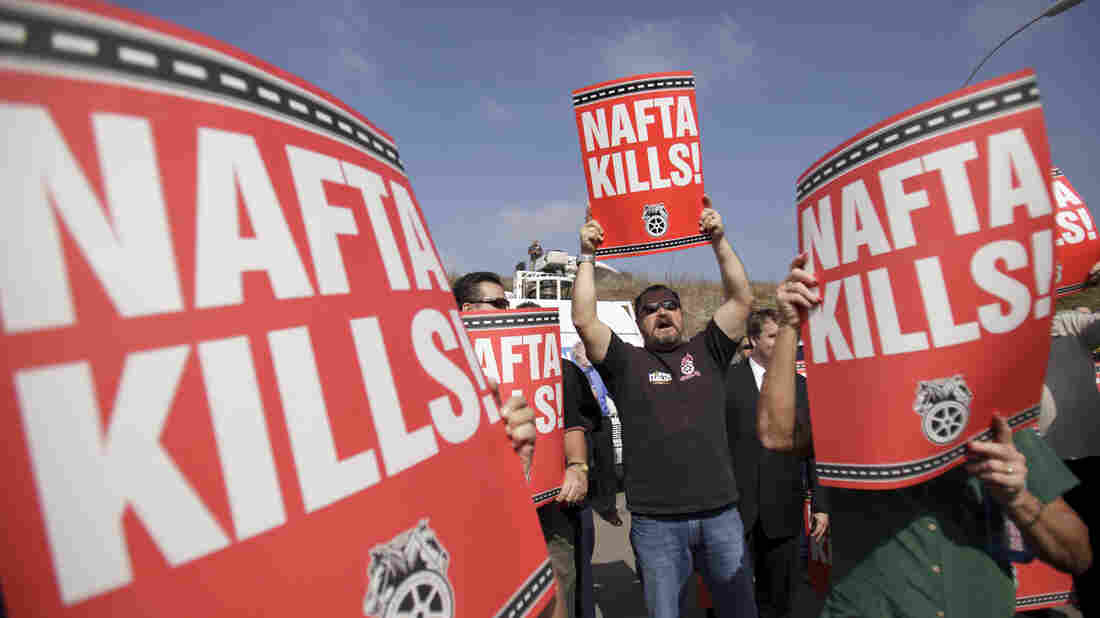 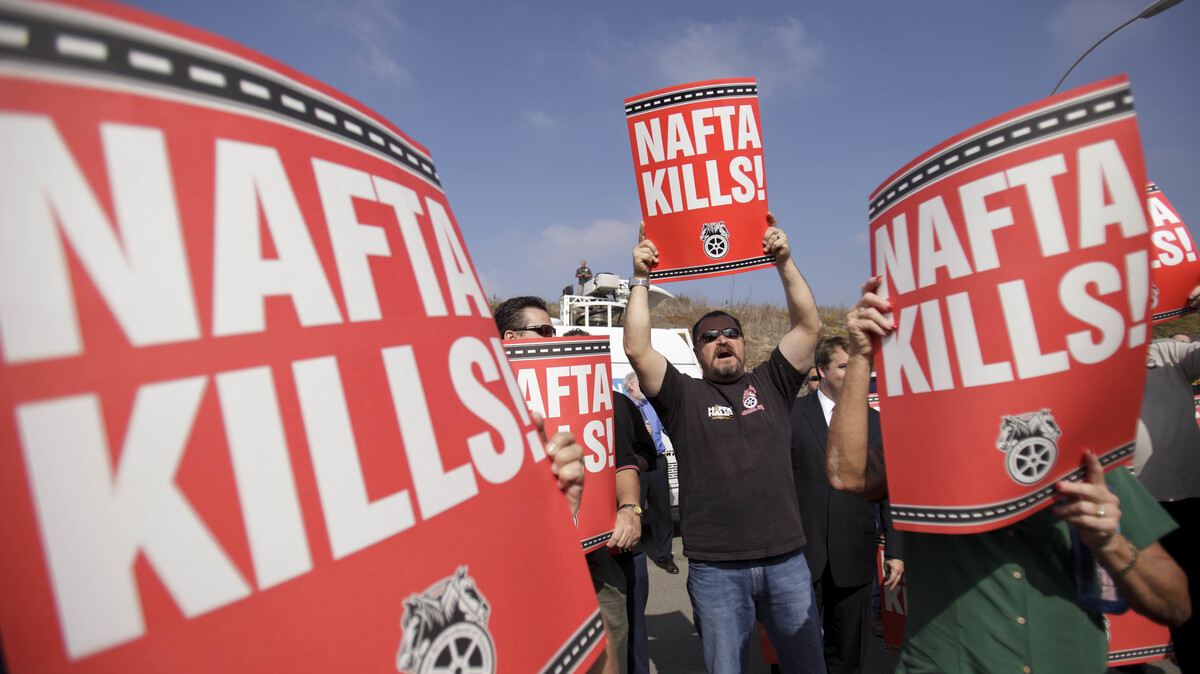 Teamsters union members in San Diego rail against the NAFTA trade deal in 2011.

Pull out your blue pencils, green eyeshades and rule books; it may soon be time to start rewriting NAFTA.

Leaders in the United States, Canada and Mexico say they're open to giving the North American Free Trade Agreement, in place since 1994, a hard look.

NAFTA covers nearly 500 million consumers spread over an immense continent stretching from above the Arctic Circle to below the Tropic of Cancer.

When NAFTA hit its 20th anniversary in 2014, a number of economists assessed its impact. Most concluded that NAFTA had a relatively small impact on the economy.

"NAFTA did not cause the huge job losses feared by the critics or the large economic gains predicted by supporters. The net overall effect of NAFTA on the U.S. economy appears to have been relatively modest," according to the nonpartisan Congressional Research Service.

Nevertheless, the manufacturing job losses that were tied to NAFTA stirred anger among many Americans. AFL-CIO President Richard Trumka, who had worked to defeat Trump, issued a statement on Wednesday suggesting that organized labor is willing to work with the incoming administration on trade.

Trumka said that for too long, the United States has pursued "policies that hold down wages, increase inequality, diminish opportunity and ship American jobs overseas." He said he stands ready to work with Trump "on trade, on restoring manufacturing, on reviving our communities."

Most business groups are saying that whatever happens next, the process should be slow and careful.

"Suddenly abandoning NAFTA would also disrupt the robust trade among all three nations," Gary Shapiro, CEO of the Consumer Technology Association, wrote in a post-election analysis.