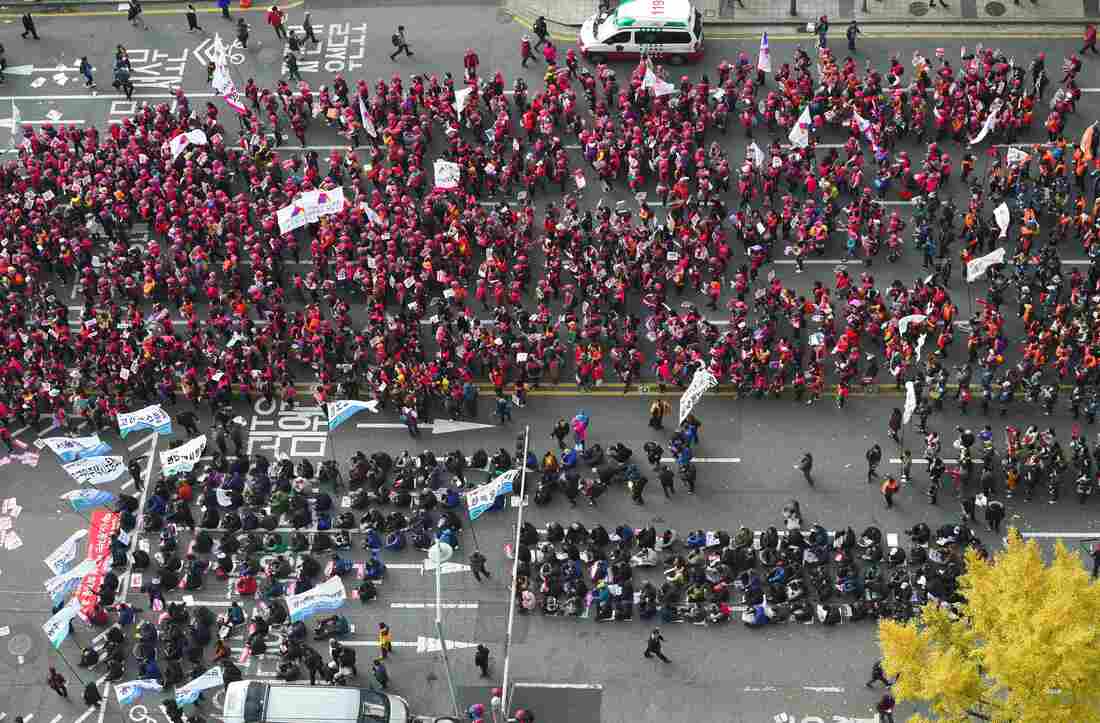 At least 500,000 protesters, according to Reuters, gathered in central Seoul on Saturday to demand the resignation of scandal-hit President Park Geun-hye. Jung Yeon-Je/AFP/Getty Images hide caption 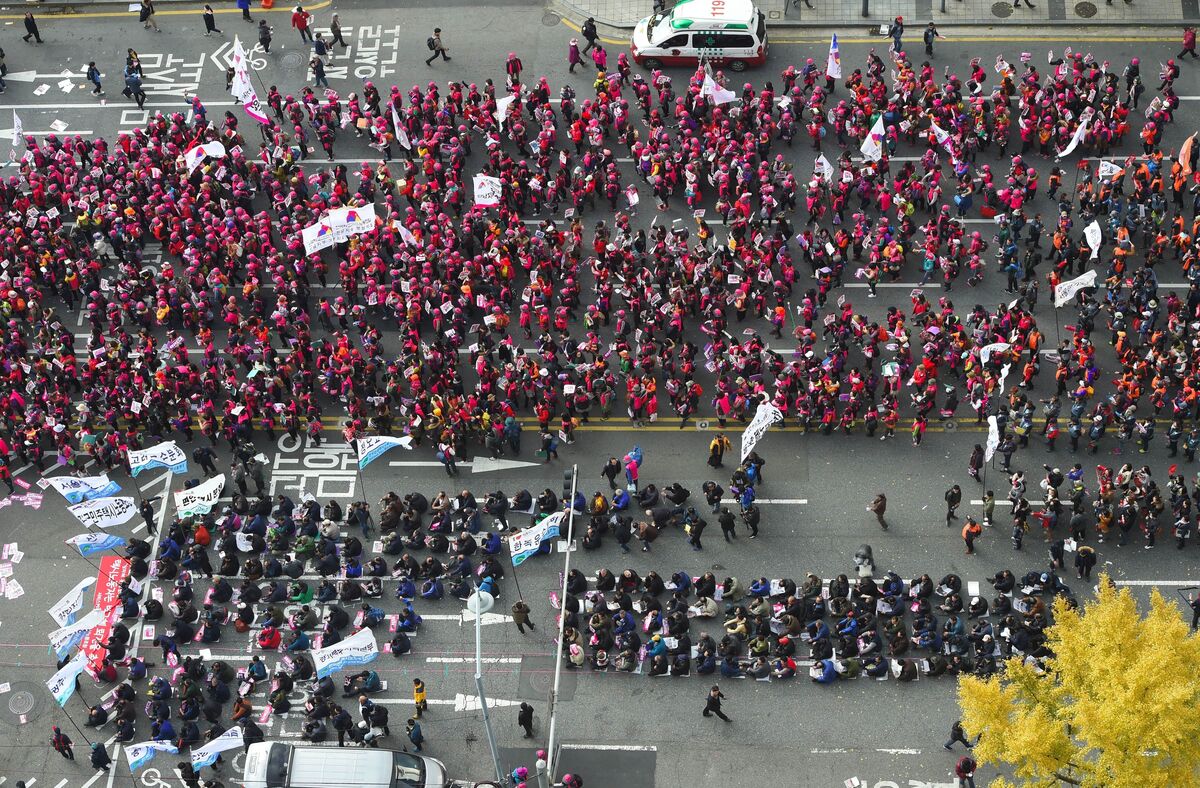 At least 500,000 protesters, according to Reuters, gathered in central Seoul on Saturday to demand the resignation of scandal-hit President Park Geun-hye.

Hundreds of thousands of South Koreans from across the country crammed into the major thoroughfare of central Seoul on Saturday, in an organized and peaceful protest against the embattled president, Park Geun-hye.

The crowd of at least 500,000 people, according to Reuters, held candles and signs reading "Resign," sang pop songs and patriotic numbers, and marched together toward the Blue House, the presidential home and office complex.

"It's an explosion of their feelings," demonstrator Jinwon Kim says of the crowds. "People are very angry."

Park has twice-apologized for a ballooning scandal that revealed her friend of four decades, Choi Soon-sil, who is the daughter of a self-proclaimed cult leader, was getting advance policy information and speeches with which to advise the president on a range of state affairs. Choi had no government experience or official position, and she is said to have been doing her counseling in secret. Investigators have charged Choi with abuse of power and fraud, as she is accused of peddling her influence to extort huge sums from South Korean conglomerates to enrich herself and her family.

This is the third weekend in a row crowds have showed up to protest the president, and Saturday's was the largest by far. Expecting a mass demonstration, police used lines of buses to block demonstrators from getting too close to the presidential complex itself.

An estimated 27,000 law enforcement, a mix of professional and conscripted officers, stood in riot gear to maintain peace. And despite a swelling crowd that organizers estimated at one million — which would make this the largest protest in South Korean history — the crowd was largely peaceful for the rally that stretched from mid-afternoon into late night.

"I'm not really worried about the future because the people are gathering," Kim said. "So I think our democracy has a bright future. We're getting better and better. Our democracy is developing."

Members of the three main opposition parties in South Korea joined the rally and its leaders took turns on various stages set up along Seoul's main drag.

So far, there's no move to impeach the president, who has another year left in her term. Park has made concessions to try and salvage her job, dismissing senior aides, and allowing lawmakers to appoint a prime minister and give him wide control of domestic affairs.

Her approval rating remains at a dismal 5 percent for the second week in a row. It's the lowest approval number for a democratically-elected president in South Korean history.