Accessibility links
Explosion Kills 4 Americans At Bagram Airfield, Largest NATO Base In Afghanistan : The Two-Way NATO says at least 17 people were wounded in the suicide bombing attack — the second on a foreign installation in Afghanistan in the past week. 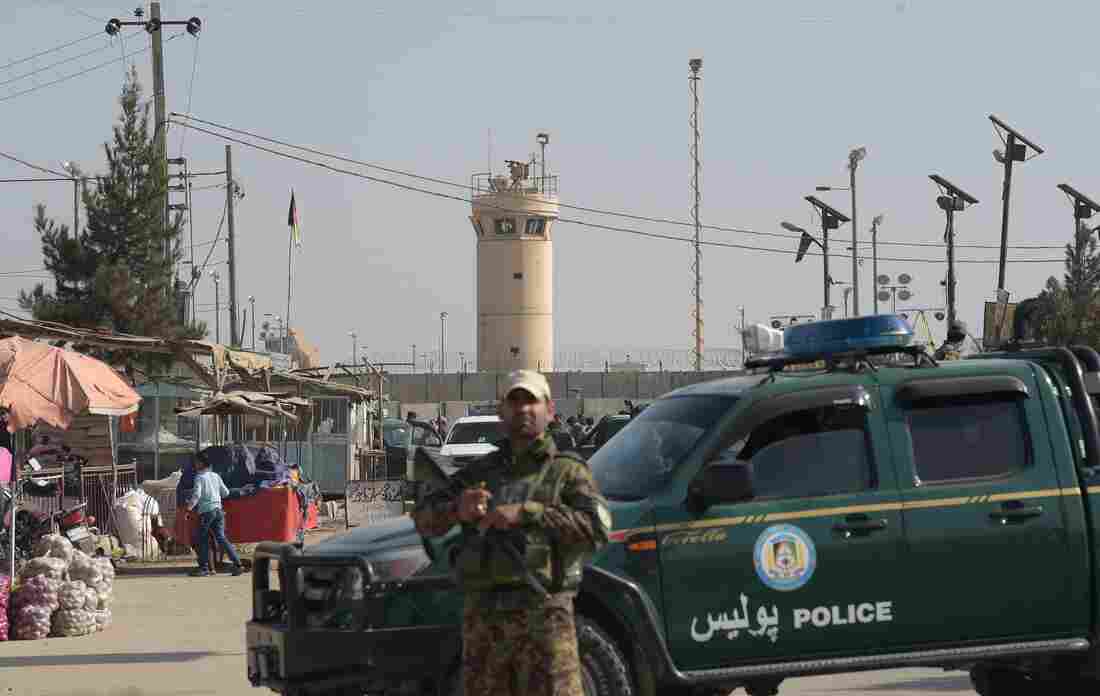 Afghan security personnel watch the area near the Bagram Air Field, after a suicide bomber killed four people inside the base. Shah Marai/AFP/Getty Images hide caption 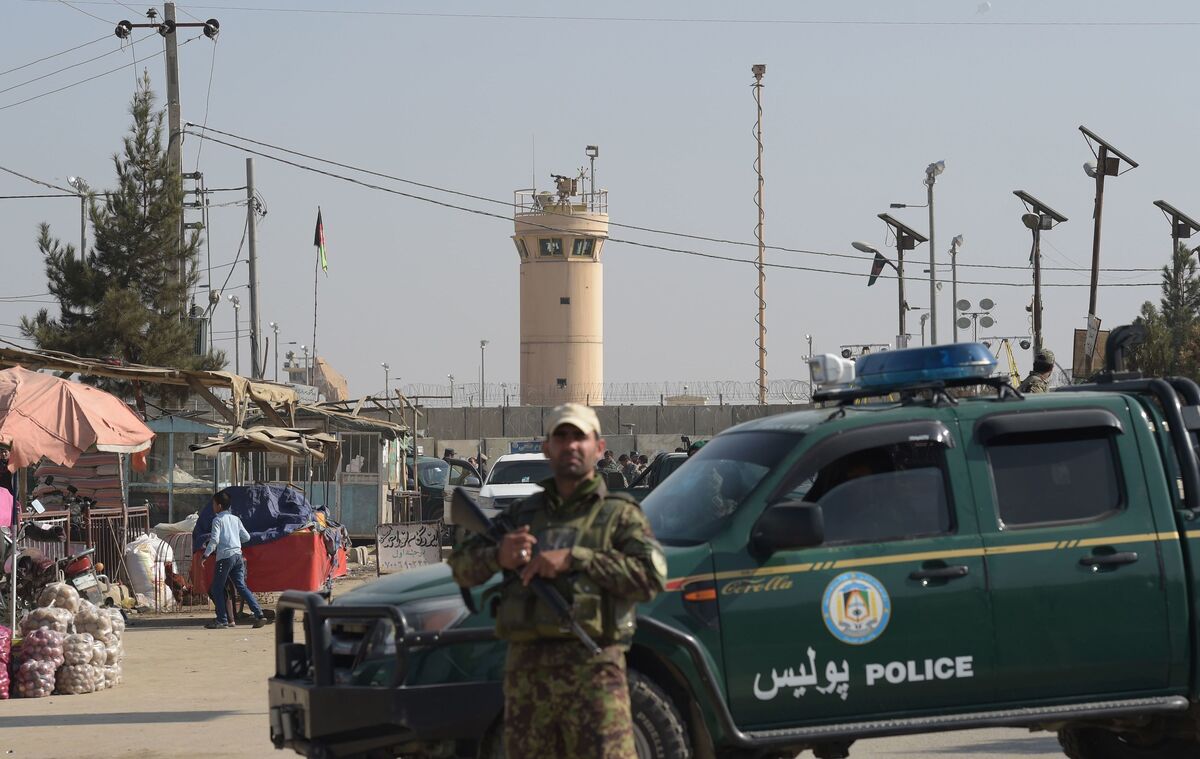 Afghan security personnel watch the area near the Bagram Air Field, after a suicide bomber killed four people inside the base.

The Taliban says one of its operatives caused a large explosion at NATO's largest military base in Afghanistan. Defense Secretary Ash Carter says the apparent suicide bomber killed four Americans — two service members and two contractors — and wounded 17 others.

An investigation into how the attacker was able to get the explosives into the base is under way; Carter says that he is "deeply saddened" by the fatal attack, and that the U.S. military will look for ways to prevent similar strikes.

"The explosion wounded 16 other U.S. servicemembers and one Polish soldier participating in our NATO mission," Carter says, adding, "I want to express my sincere condolences to the families of the fallen, and I want to reassure the loved ones of those injured that they are getting the best possible care."

"The early-morning explosion at Bagram Air Base reportedly targeted service members gathering for a Veteran's Day commemoration. U.S. Gen. John Nicholson, the commander of the NATO mission in Afghanistan, says his thoughts are with the loved ones of the victims, vowing the suicide attack will not deter the effort to assist Afghan forces.

"NATO has not explained how the bomber got onto the heavily fortified base but there are reports it was by coming in with a group of local workers. Earlier this week the U.S. embassy in Kabul put out a warning that there were indications of pending attacks on a hotel and guest house frequently used by foreigners."

Citing the Taliban's claim of responsibility, the Stars and Stripes military newspaper reports that the insurgent group said one of its militants "had been working undercover on the base and had planned the attack over the past four months."