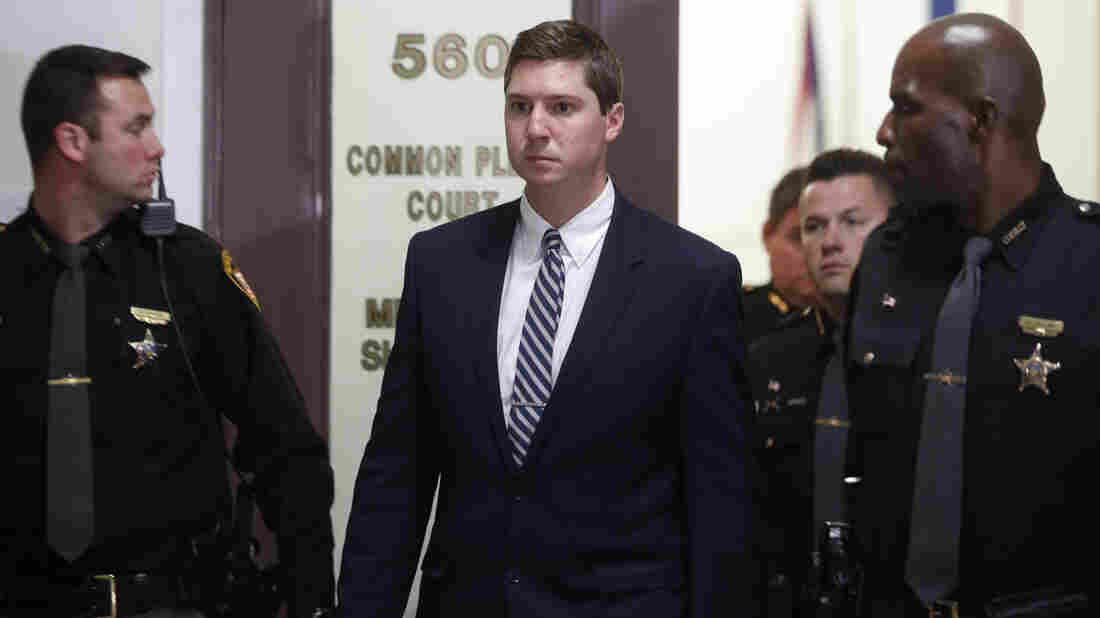 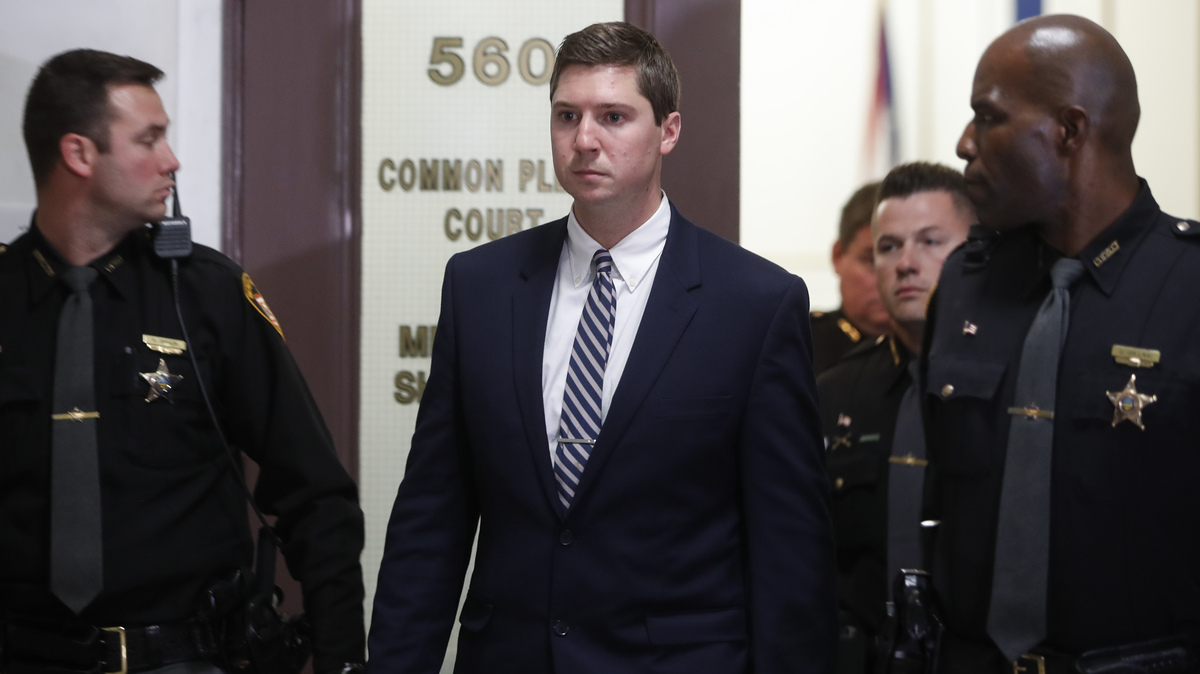 Ray Tensing, seen here leaving court Friday, was charged with murder after shooting Sam DuBose during a routine traffic stop in July of 2015.

The jury in the case of former University of Cincinnati Police Officer Ray Tensing, who shot and killed an unarmed man in July of 2015, says it can't reach a unanimous verdict on murder and manslaughter charges. Tensing had initially stopped Sam DuBose for a missing front license plate; moments later, he shot him at point-blank range.

Judge Megan Shanahan declared a mistrial Saturday morning, accepting the jury's deadlock status several days after deliberations began. She had previously encouraged the jury to work toward a verdict, suggesting there was enough evidence to decide the case.

Body-cam footage of the shooting created an uproar after it showed that Tensing, who is white, engaged in a brief struggle with DuBose before firing his pistol into the car. Seconds before, the two had been discussing whether DuBose had a license, and whether he should take off his seatbelt.

When he announced that Tensing had been indicted for murder less than two weeks after the fatal traffic stop, Hamilton County Prosecutor Joe Deters called the officer's actions "asinine" and "totally unwarranted."

"There were reports that the 25-year-old Tensing shot DuBose while being dragged by DuBose's car. Deters said the body cam video – which the prosecutor released to the public Wednesday afternoon – showed that the officer was not dragged by the car."

Deters said, "I've been doing this for over 30 years. This is the most asinine act I've ever seen a police officer make."

Jurors in the case had begun their deliberations Wednesday — but they had made several requests for transcripts and advice. Tensing was facing possible punishment of up to life in prison on the murder charge and a maximum 11-year sentence on the manslaughter charge.

On Friday, the third day of deliberations, WVXU detailed one of the final exchanges between Shanahan and the jury:

"Shortly after 5, jurors asked more questions, including what were the definitions of under arrest and resisting arrest.

"Judge Shanahan told jurors they had 'all the instructions you need to reach a verdict in this case. It would be improper for the court to elaborate further,' and sent them back to deliberations."