Accessibility links
Anti-Trump Demonstrations Continue; Man Shoots Protester In Portland : The Two-Way The shooting took place during a protest march on the Morrison Bridge, where officials say that the suspect, who was in a vehicle, had a confrontation with a protester. 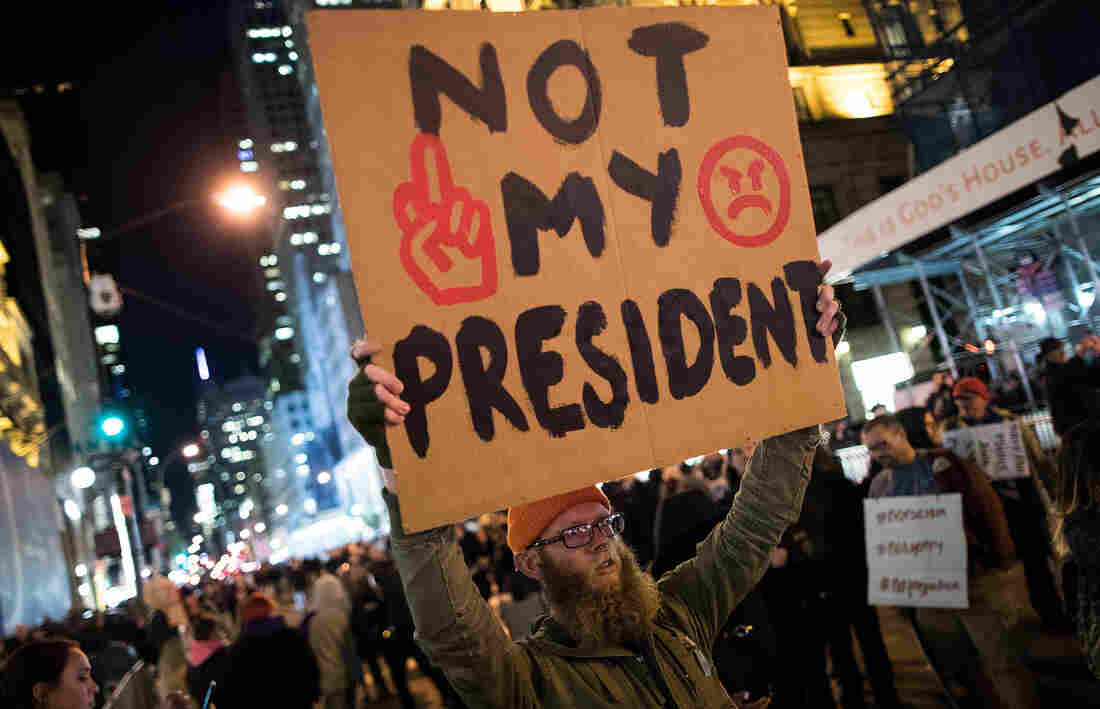 Anti-Donald Trump protesters march in the street on Fifth Avenue in New York City Friday, in another night of protests over the president-elect. Drew Angerer/Getty Images hide caption 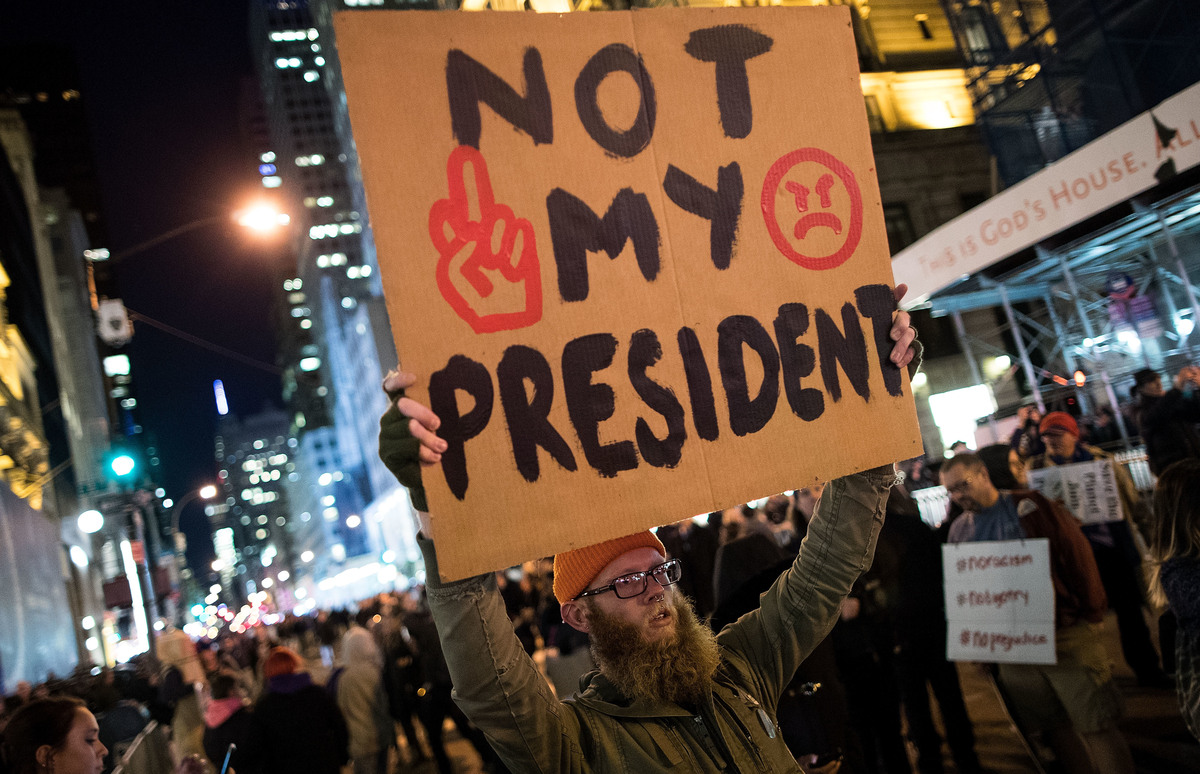 Anti-Donald Trump protesters march in the street on Fifth Avenue in New York City Friday, in another night of protests over the president-elect.

Friday night brought more protests against Donald Trump's White House win, with marchers taking to the streets in cities from Miami and Atlanta to San Francisco. In Portland, Ore., police say a man was shot on a bridge by a suspect who then fled.

Most of Friday's demonstrations in cities that included Iowa City and Nashville were peaceful, despite disruptions to traffic. But in Portland, where police say Thursday's protest morphed into a riot, things turned violent for a second night.

The shooting took place during a protest march on the Morrison Bridge, where officials say that the suspect, who was in a vehicle, had a confrontation with the protester that ended with multiple gunshots and the suspect jumping back in a car to flee the scene.

"Officers near the scene arrived quickly and provided medical aid until an ambulance arrived to transport the victim to a Portland hospital for treatment to non-life-threatening injuries," the Portland Police Bureau says.

Portland's protesters began last night with "an apology for all the damage that was done" this week, reporter Kristian FodenVencil of Oregon Public Broadcasting tells our Newscast unit.

"A lot of people didn't want to see that — in fact, there were fights during the protest," he says, between protesters who were trying to stop others from smashing car windows and other items.

Other protesters simply tried to clean up after the group — and thousands of dollars have been raised, FodenVencil says, by a Go Fund Me page that's meant to help pay for some of the damages.

In Miami, protesters blocked the MacArthur Causeway, the six-lane highway that runs between the city's downtown area and Miami Beach.

One of the Miami protest's organizers, Megan Shade, tells member station WLRN, "A lot of people are here for different reasons. People are angry, and so what I want this to be is for us to release that anger and for us to be able to move to a progressive movement."

In Austin, demonstrators installed themselves around the Nueces Mosque, in a show of support and an offer of protection, according to local TV Spectrum news.