Accessibility links
Aleppo Airstrikes Resume After Rocky Pause : The Two-Way Residents received text messages in recent days, warning them to leave before the offensive began. Humanitarian conditions are worsening in the rebel-held neighborhoods of eastern Aleppo. 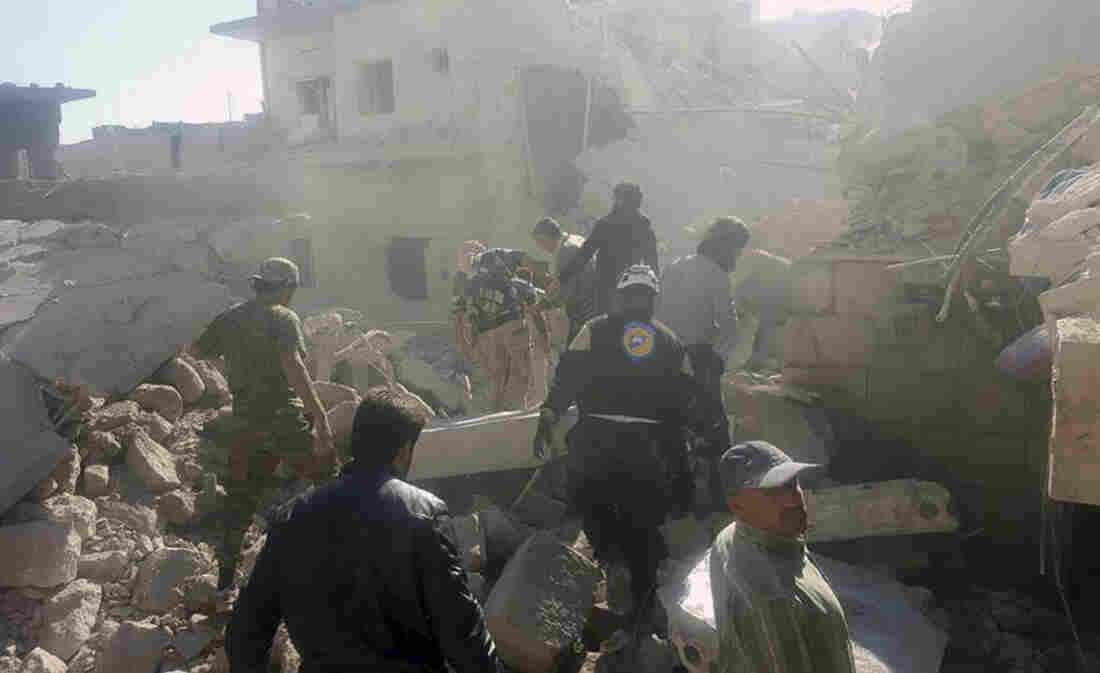 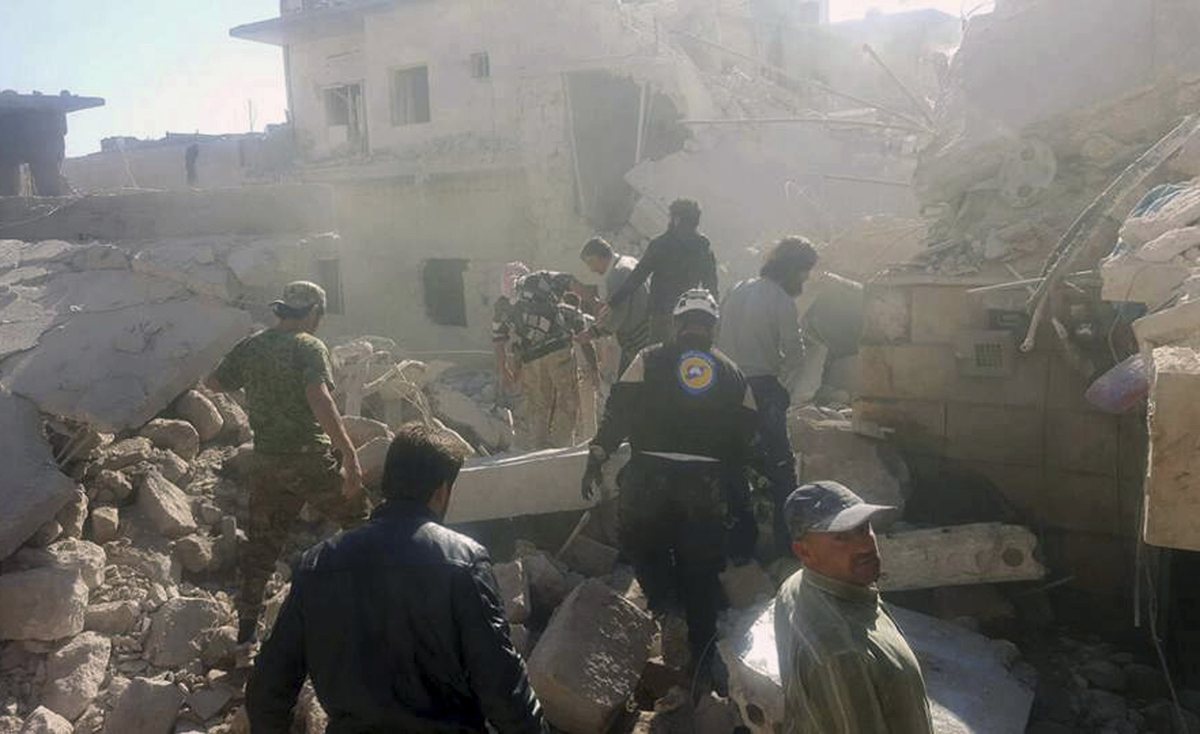 Airstrikes pounded the embattled eastern side of Aleppo, which is controlled by rebels, after several weeks of relative calm in the northern Syrian city.

The Syrians and their Russian allies have heavily bombed the eastern part of Aleppo, though it was not immediately clear who carried out the renewed attacks. Russia declared a humanitarian pause to the bombings about a month ago.

The operation began just hours after U.S. President-elect Donald Trump and Russian President Vladmir Putin had a phone conversation Tuesday, The Associated Press writes. The two leaders "agreed on the need to combine efforts in the fight against what the Kremlin called their No. 1 enemy — 'international terrorism and extremism.' "

NPR's Alison Meuse in Beirut told our Newscast unit that Aleppo "residents have received text messages in recent days, warning them to leave an impending offensive." Here's more from Alison:

"The Syrian Observatory for Human Rights says the airstrikes and barrel bomb attacks come after weeks of relative calm but worsening conditions in eastern Aleppo. It says civilians on the besieged, rebel-held side raided warehouses, desperate for food. The U.N. has distributed its last rations.

"In recent days, Syria's army has warned residents to flee through designated corridors and told rebels to surrender. The rebels have vowed to fight on. And a humanitarian worker in Aleppo says they're now shelling the government-held neighborhoods."

The uneasy pause started in mid-October, the AP reports, when "Russia said it would halt weeks of deadly airstrikes to allow rebels and supporters to leave eastern Aleppo." However, "the rebels refused to take up the offer and the United Nations failed to negotiate the delivery of aid into the besieged area."

"Our houses are shaking from the pressure. Planes are soaring above us and the bombardment is around us," Modar Shekho, a resident of eastern Aleppo, told Reuters.

The Observatory said three hospitals have been targeted in the countryside near Aleppo since Monday, though the number of casualties and the extent of the damage was not immediately clear.

Russia backs the Syrian regime in the conflict, while the U.S. is allied with rebel fighters. Russian Defense Minister Sergei Shoigu announced the beginning of a "large-scale operation" on Tuesday, according to the state-run TASS news agency. It said Russian planes were carrying out strikes in Syria's Idlib and Homs provinces, and did not specifically mention Aleppo, which has seen much of the fiercest fighting in Syria's war.

Meanwhile, the United Nations has issued a new report saying food production across Syria is at record lows, as reporter Lisa Schlein told our Newscast unit from Geneva.

"The U.N. warns that farmers in Syria are being pushed to the limit and may be forced to stop farming unless they get immediate help," Schlein said, and added that the World Food Programme said "80 percent of households across Syria are short on food."