Accessibility links
Female Panther Crosses Florida River; Humans Applaud : The Two-Way The endangered Florida panther has bred only south of the Caloosahatchee River since 1973. Now, a female has turned up on the north side, and it could be a good thing for the future of the species. 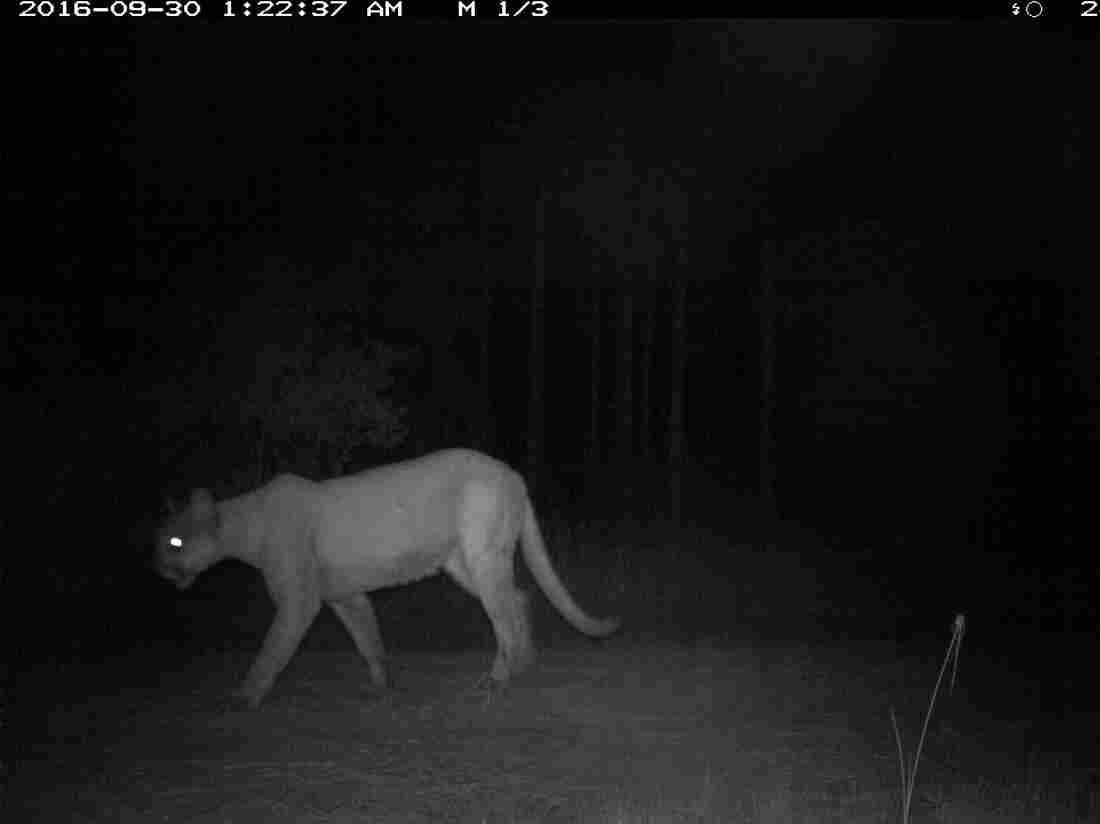 A photo of a female panther taken by an automatic game camera north of the Caloosahatchee River in Florida. Florida Fish and Wildlife hide caption 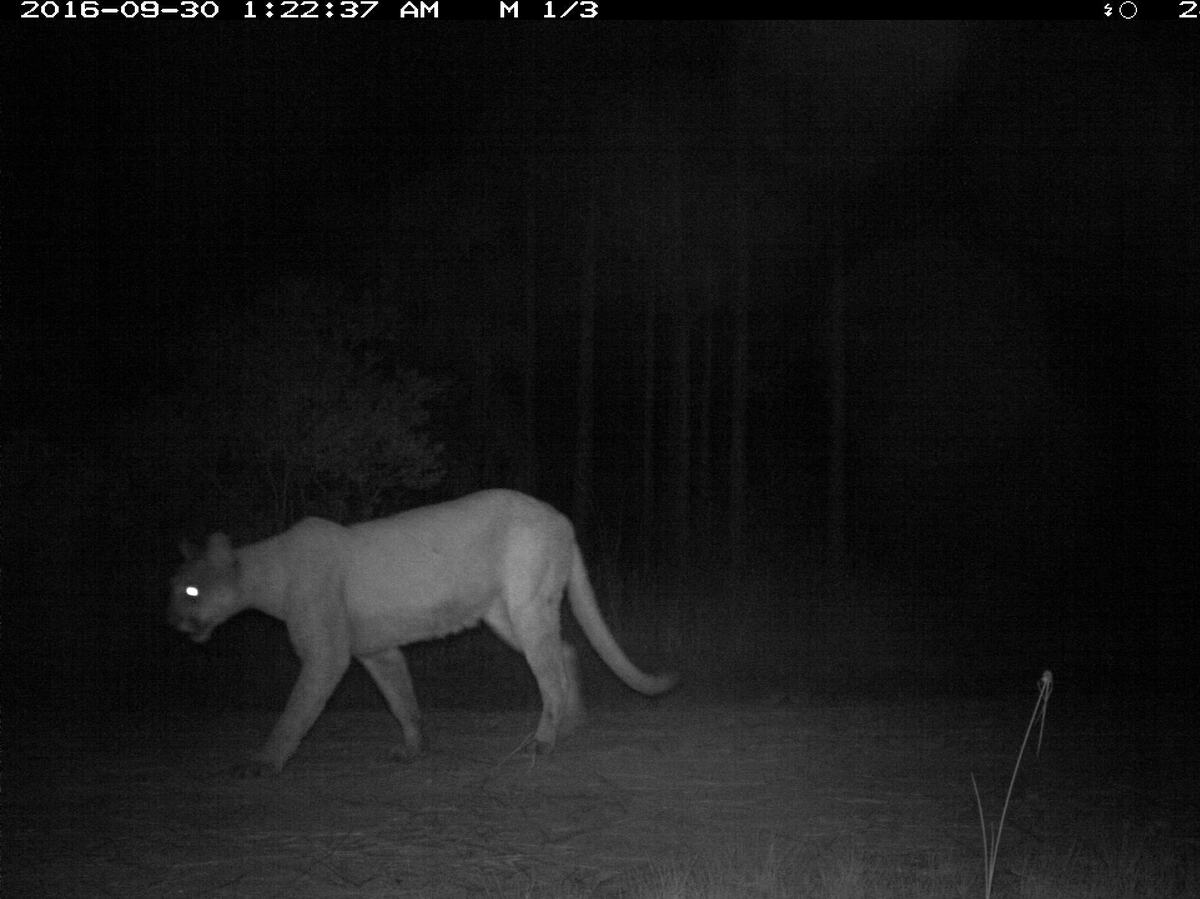 A photo of a female panther taken by an automatic game camera north of the Caloosahatchee River in Florida.

Florida conservation officials say a female panther has crossed a river, and it could be a big deal for the survival of the species.

Florida panthers are endangered — about 200 of the large cats live in south Florida, in an area that's less than 5 percent of their original range. If the animal is to thrive, it needs to do two things: expand its territory and breed.

The Florida Fish and Wildlife Conservation Commission has a long-term recovery plan for the panther (as well as a Living with Panthers guide for residents) based on those objectives.

Male panthers have shown up north of the Caloosahatchee over the years. But, since 1973, there's been a problem: no female panthers.

And without female panthers on the north side of the river, the breeding population couldn't expand. Until now.

Biologists noticed a small panther last year — possibly a female — in photos taken by an automatic game camera set up north of the river. Biologists set up additional cameras this summer, and took more pictures of the panther in question. But they still weren't certain it was a female.

Then, in early November, a breakthrough: A biologist found tracks near one of the cameras. 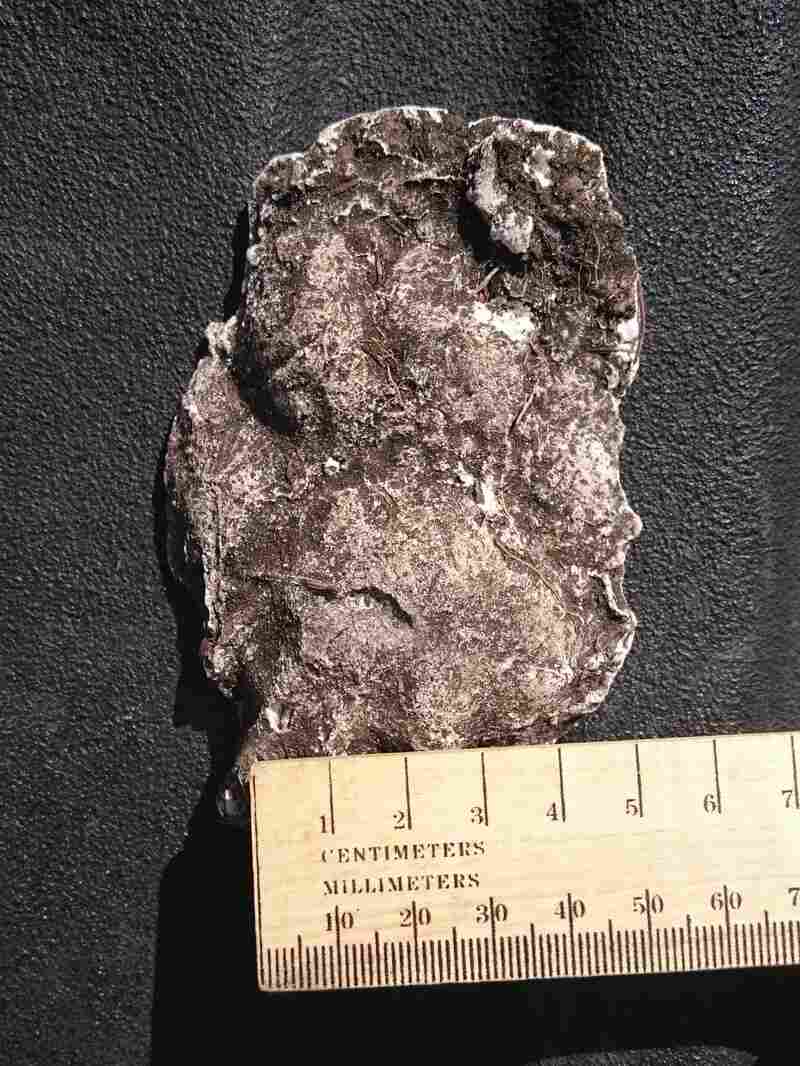 A casting of an apparent female panther track left near a game camera north of the Caloosahatchee River in Florida. Florida Fish and Wildlife hide caption 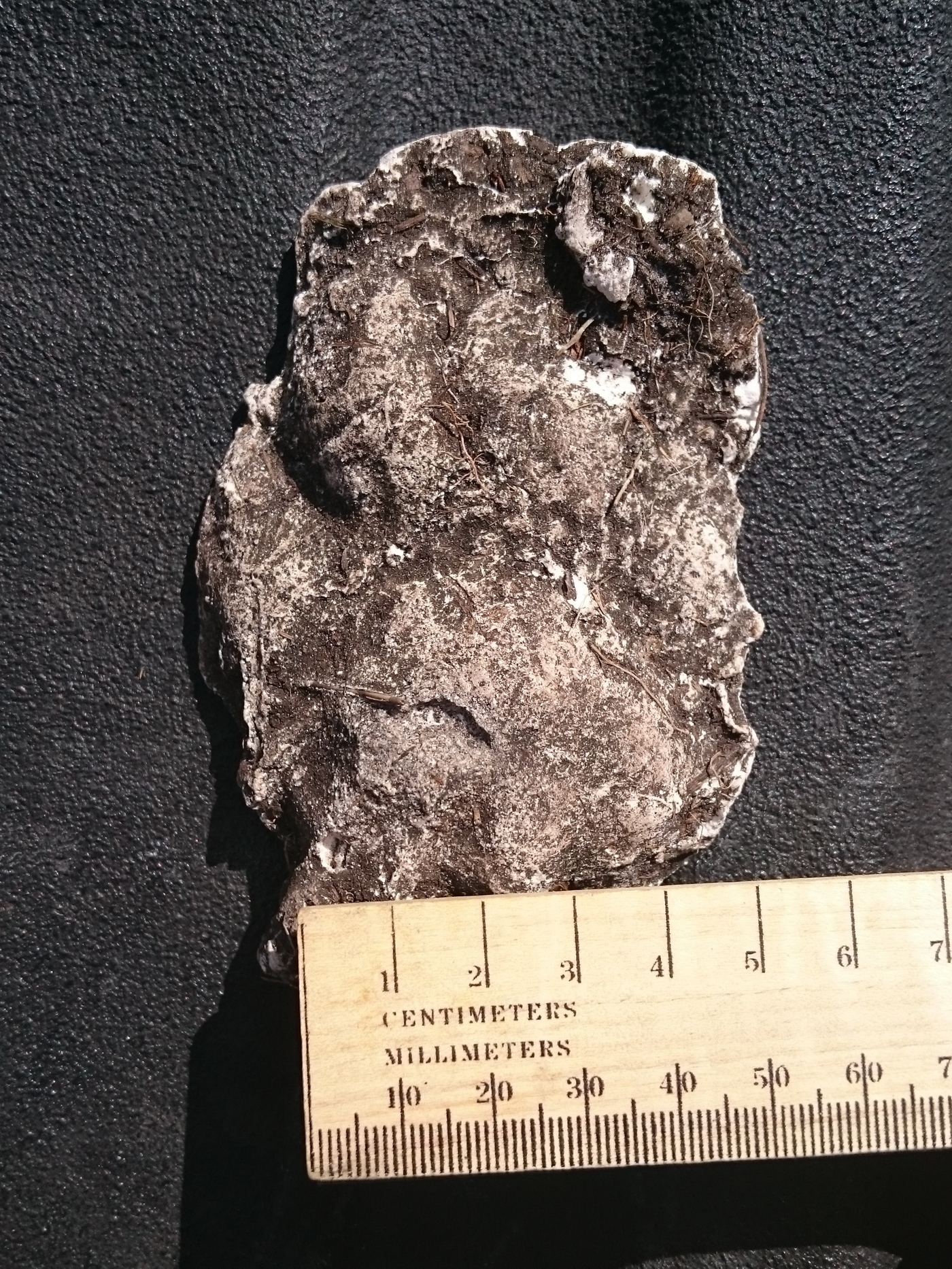 A casting of an apparent female panther track left near a game camera north of the Caloosahatchee River in Florida.

"When we saw the tracks, we felt confident they were made by a female panther," said Darrell Land, leader of the team studying the panthers, according to the FWC release. "We could rule out a male panther because by the time males are old enough to leave their mother, their paws are already bigger than females' paws."

Not everyone is thrilled. Some landowners on the north side of the Caloosahatchee have resisted efforts to forcibly relocate female panthers to that area, The Miami Herald reported.

But conservationists are happy.

"Florida panthers are part of our state heritage. They're our state animal," said Kipp Frohlich of the FWC's habitat and species conservation division. "Female panthers moving north of the river on their own is a big step toward this goal."

The river crossing news could also have implications for how the state and federal governments protect panthers. Last year, federal regulators agreed to review plans under which the U.S. Fish and Wildlife Service manages the animal's recovery in Florida, the Herald reported.

On The Rebound, Panthers Prowl Expanding Swath Of Land In Florida

Because the animals have such large territories — a single animal needs 50 to 100 square miles of territory, according to the state government — protecting them has led the government to set aside large tracts of land that some ranchers and developers want for other uses.

NPR's Greg Allen has reported on the mixed feelings the panther generates among residents.