Accessibility links
Tinder Now Lets Users Identify As Genders Other Than Male Or Female : The Two-Way The dating app will now allow users to type in the gender that they identify with. The company said the change is meant to make the app more inclusive to transgender or gender non-conforming people. 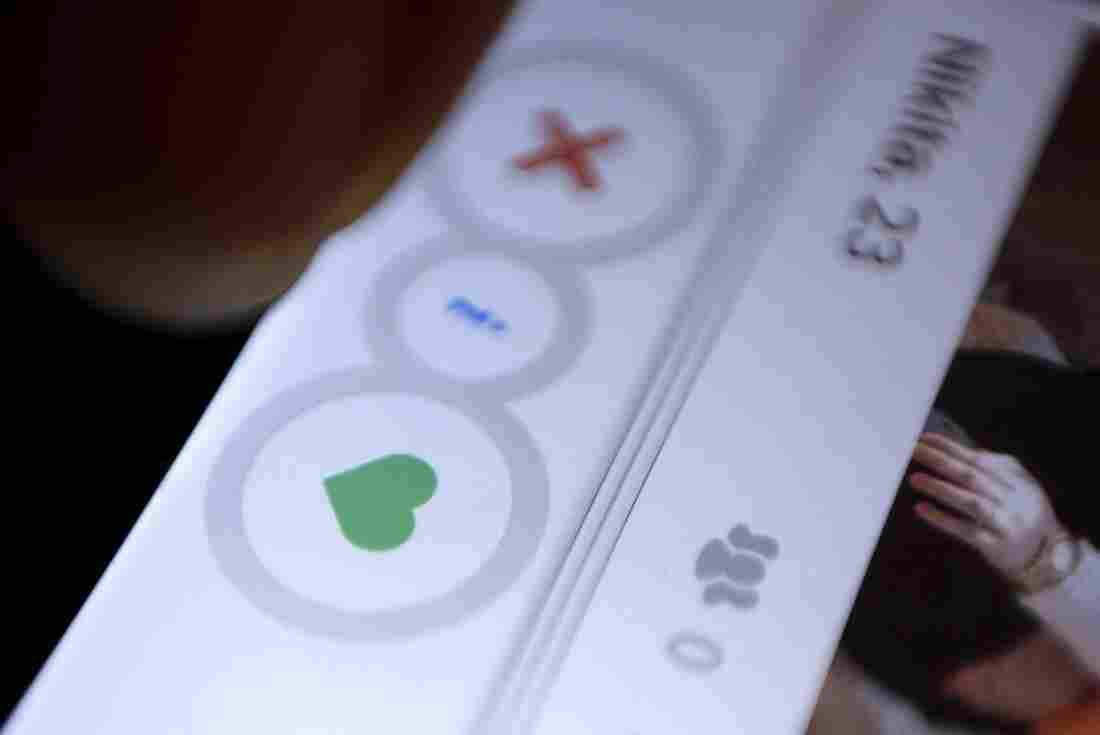 A man uses the dating app Tinder in New Delhi in 2015.

The dating app Tinder has made a change that it hopes will make the experience more inclusive for transgender and gender non-conforming people.

Previously, users had to identify either as a man or a woman. Now, the company says people can now select a gender description from a much wider array of options. They can also choose for their profile to appear in search categories that best match their identity.

"Starting today, no matter how you identify, you can express your authentic self on Tinder," the company says in a blog post. "We haven't had the right tools to serve our diverse community in the past, but that changes today."

"This was done in part as a response to difficulties transgender people had with the app," as NPR's Andrew Limbong tells our Newscast unit. He adds that "Tinder is pretty up front about how it messed up by only including two genders in the first place."

In its promotional materials for the update, the company features transgender users saying that other users would unfairly report them.

It's been a long-standing problem. As The Advocate explained, "There is no system in place to prevent someone from being 'wrongfully banned,' which results in an environment where trans people can, and reportedly are, being repeatedly banned," the magazine added.

Tinder is now asking people who were wrongfully removed from the app because they were reported to get in touch so that they can be reviewed and reinstated.

Tinder sought guidance from the advocacy group GLAAD as they were designing the update. "It was important to us that Tinder get it right," said Nick Adams, director of the group's Transgender Media program. "All people, including trans people, can find the person that they love."

According to the company, this update is available in the U.S., the U.K. and Canada.