Accessibility links
Trump's Name Will Be Removed From Apartment Buildings After Residents Demand It : The Two-Way About 600 people signed an online petition saying the values Trump expressed during the campaign don't represent them. 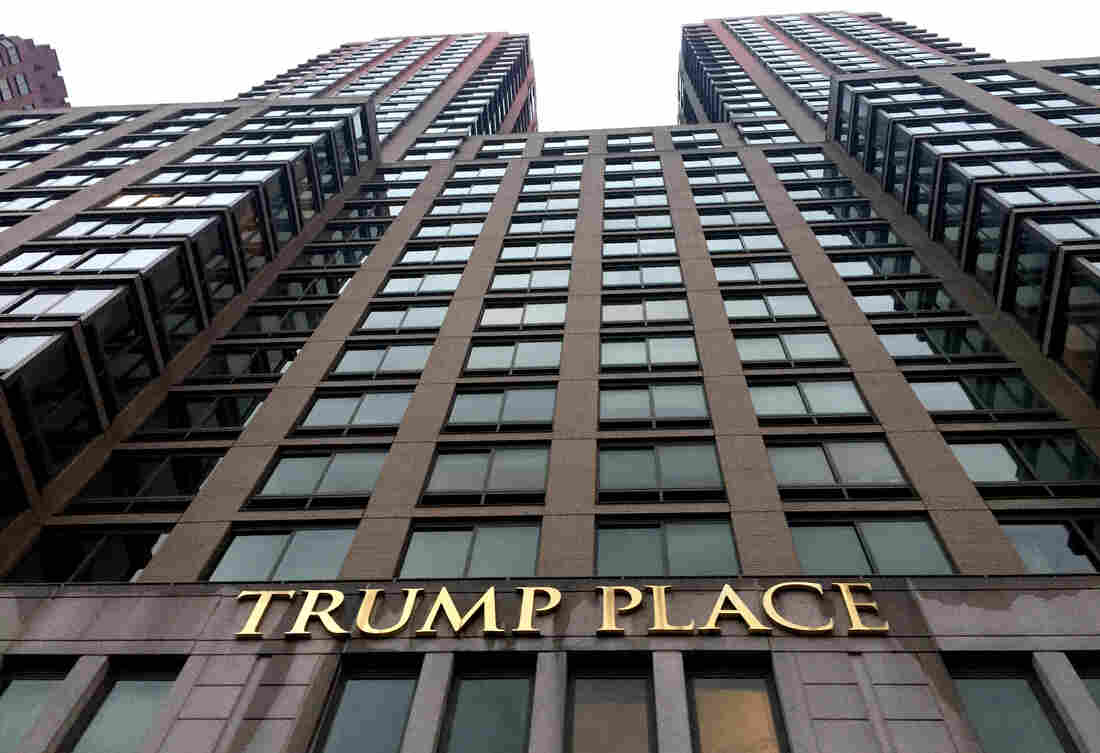 Trump Place, a rental apartment complex in New York City, will be renamed after hundreds of residents petitioned for it. Jim Zarroli/NPR hide caption 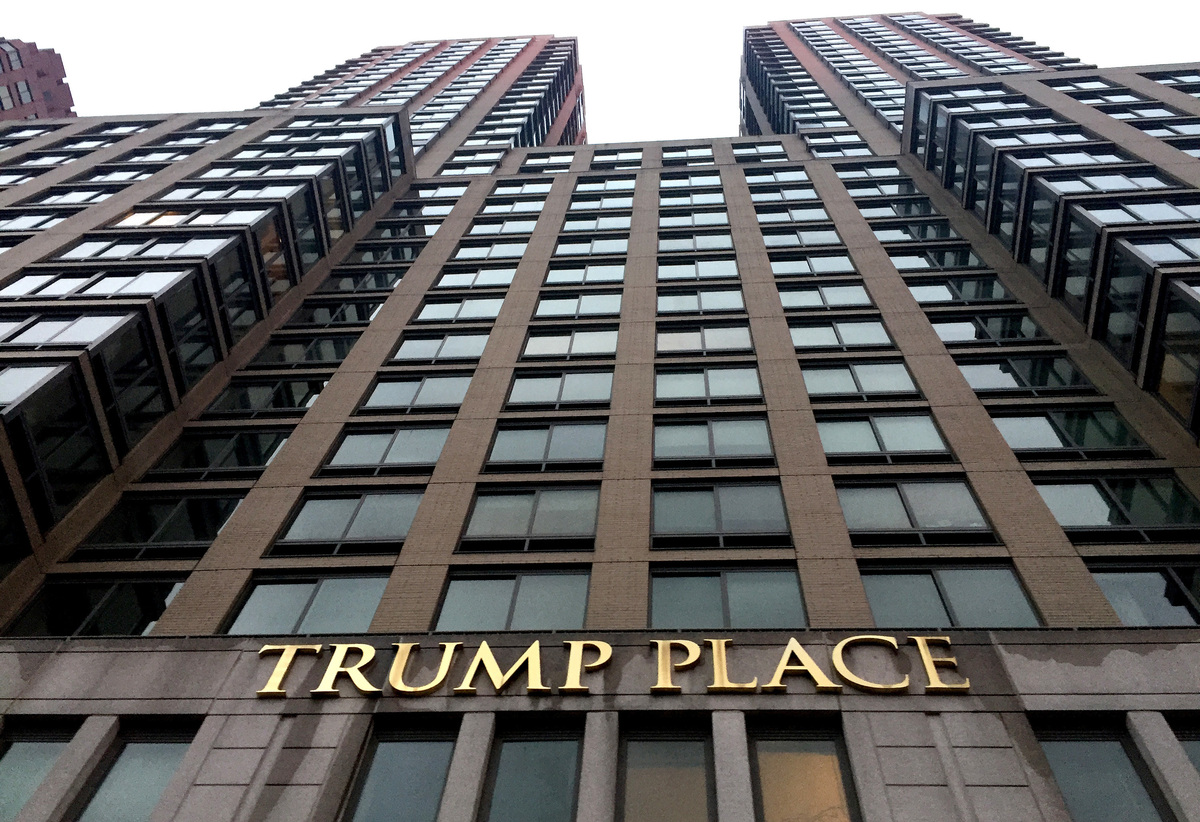 Trump Place, a rental apartment complex in New York City, will be renamed after hundreds of residents petitioned for it.

President-elect Donald Trump's name will be removed from three apartment buildings on Manhattan's West Side, after almost 600 residents signed a petition demanding it.

Three of the rental buildings now known as Trump Place will be renamed 140, 160 and 180 Riverside Blvd., according to a statement emailed to NPR from the Chicago-based real estate company Equity Residential.

"We are assuming a more neutral building identity that will appeal to all current and future residents. We took a number of items into our decision including the input of our residents," the statement said.

The buildings were part of a large complex along the Hudson River that Trump developed together with a group of billionaires from Hong Kong in the 1990s. Although the buildings carry Trump's name, they are owned and managed by Equity.

The name change doesn't apply to several nearby condominium towers that also bear the Trump name, only to three apartment buildings that together have 1,325 units.

Amanda Miller, vice president of marketing of the Trump Organization, said the name change "is simply the enforcement of a pre-existing agreement which has been in place for years. It was mutually agreed upon."

Building resident Linda Gottlieb and several neighbors began the petition after the release of the infamous Access Hollywood video in which Trump talked in vulgar terms about groping women. Along with several other residents, Gottlieb printed leaflets and passed them around the building.

The petition read in part: "Trump's appalling treatment of women, his history of racism, his attacks on immigrants, his mockery of the disabled, his tax avoidance, his outright lying — all are antithetical to the values we and our families believe in."

A few people refused to sign, saying they supported Trump, she said.

"I said, 'That's your right to do so, and we all have the right of free speech,' " Gottlieb said. "Nobody was forcing anyone to sign. If they wished to, they could."

Gottlieb said she was "absolutely thrilled" by the decision to change the name.

"The residents of the building were overwhelmingly in favor of getting the name down because he and his name do not represent the values that most of us have. And you don't want to walk into your apartment and look at the name of someone with whom you violently disagree," she said.

The decision to change the name is the latest sign that the bitter presidential campaign may have taken a toll on Trump's celebrated brand. Although Trump himself is a lifelong New Yorker, much of the city supported Democrat Hillary Clinton, especially in Manhattan, about 83 percent of which voted for her.