Accessibility links
As Diane Rehm Retires, WAMU Launching Midday Show Called '1A' : The Two-Way Host Joshua Johnson will take the helm at a show named for the First Amendment. Member station WAMU says the live show, distributed by NPR, will "act as a national mirror." 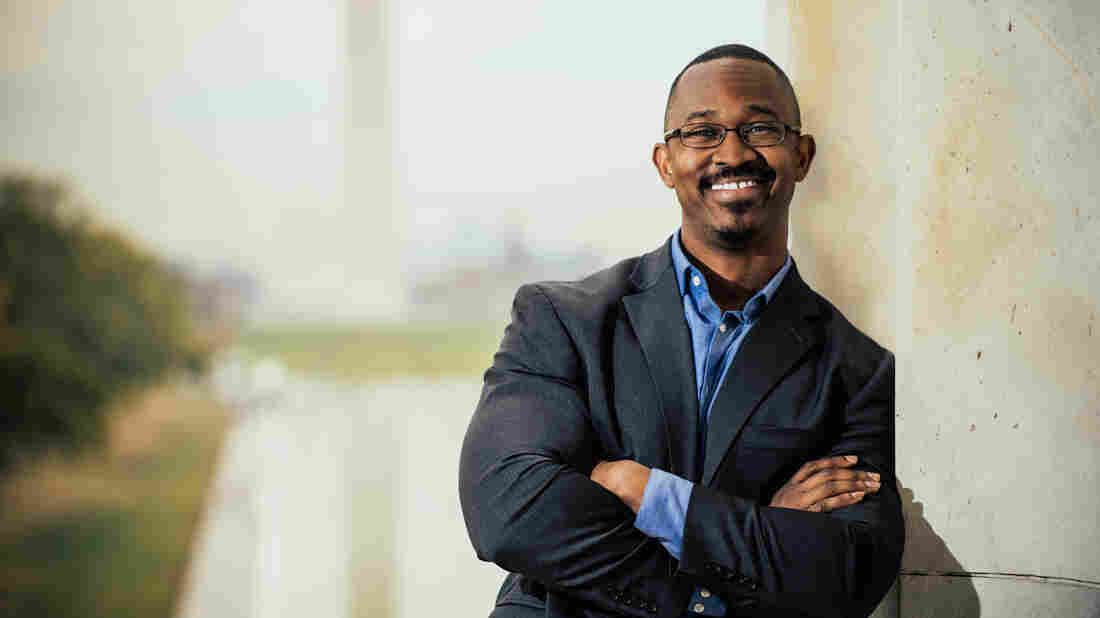 Joshua Johnson is "cocreator and host of the provocative nationwide public radio series, Truth Be Told, which explored race in America," member station WAMU wrote in a press release. He will be the host of 1A, the new show taking over the time slot currently held by The Diane Rehm Show. Stephen Voss/Courtesy of WAMU hide caption 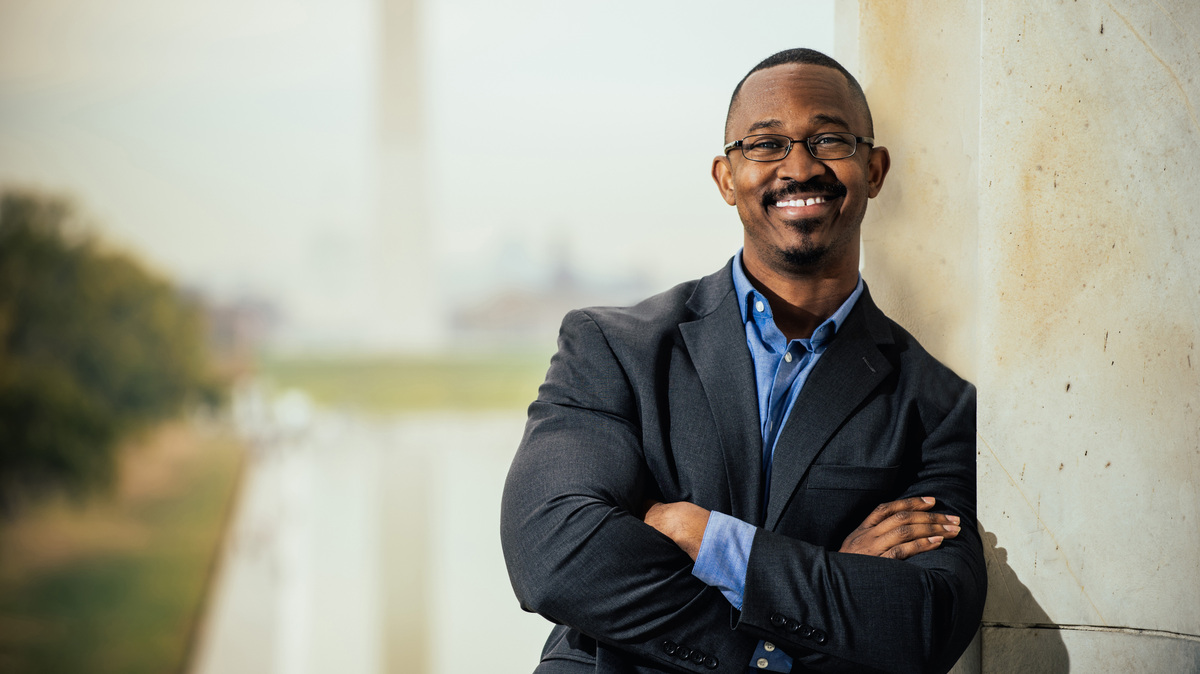 Joshua Johnson is "cocreator and host of the provocative nationwide public radio series, Truth Be Told, which explored race in America," member station WAMU wrote in a press release. He will be the host of 1A, the new show taking over the time slot currently held by The Diane Rehm Show.

The new live two-hour show — with a name reminiscent of a newspaper front page, as well as the First Amendment — will be hosted by Joshua Johnson, co-creator and host of the radio series Truth Be Told about race in America.

1A will launch at the start of the new year, with the first episode airing Jan. 2 at 10 a.m. ET. On the radio and as a podcast, the show will seek to build on Rehm's "legacy of civil dialogue and analysis," WAMU writes.

As The Two-Way reported nearly a year ago, when Rehm's retirement was announced, the Peabody Award-winning Diane Rehm Show reaches more than 2.4 million on-air listeners each week:

"Rehm, 79, began her career at WAMU as a volunteer in 1973; six years later, she took over hosting duties of its midday show, which was then called Kaleidoscope. It was renamed for its host in 1984.

"For years, Rehm has hosted her show as she also fought spasmodic dysphonia, which her website describes as 'a neurological voice disorder that causes strained, difficult speech.' Complications and treatments for that disorder have sometimes forced her to take time off from the show."

Earlier this year, before the host who would succeed her had been chosen, Rehm spoke with the public media podcast The Pub about what sort of show she hoped would follow hers.

"I have held this microphone for 37 years, and it seems to me that it was time to turn it over to someone else, to a younger person with fresh ideas, with a fresh outlook as to what this program might become," she said. "This 10-to-noon real estate in public radio is extraordinarily valuable, and whatever might come next will be fresh and new, and will draw new listeners, perhaps younger listeners."

Johnson, the incoming host of 1A, spent more than five years as the morning news host for member station KQED in San Francisco and teaches podcasting at the University of California, Berkeley journalism school.

"My professional passions have always centered on creativity, exploration and service," he said in a press release announcing the new show. "This moment in history demands these attributes of us. It's a chance to tell stories more creatively, to explore ideas beyond our own, and to refocus on serving others."

"At this moment, our country needs a fresh voice that addresses the wonderful diversity of our nation," Rehm said in that release. "Joshua Johnson represents America's future and is the right host at the right time."

If you want to put a voice to the name, you can listen to Joshua Johnson guest hosting The Diane Rehm Show this fall.

1A, like The Diane Rehm Show, will be produced at WAMU in Washington, D.C., but the station writes that the show will be "in touch with communities across the country."

Here's more from WAMU on the new show:

"The show will take a deep and unflinching look at America, bringing context and insight to stories unfolding across the country and the world. ...

"With a name inspired by the 1st amendment, 1A will explore important issues such as policy, politics, technology, and what connects us across the fissures that divide the country. The program also will delve into lighter subjects such as pop culture, sports, and humor. ... The show will act as a national mirror — taking time to help America look at itself and to ask what it wants to be."

WAMU also notes that the show is launching "at a time of deep national reckoning." Tracie Powell, founder of All Digitocracy and a senior fellow at the bipartisan Democracy Fund, agrees that the divisive post-election climate poses a unique challenge for the media in general, and especially for a new show such as 1A.

"Right now more than ever, we're delving into some really hard issues and really hard questions," Powell says. "Hearing from people all across the country is really important."

"Those are huge shoes to fill, but it's an exciting opportunity," Powell says.