Accessibility links
Russia Withdraws Support For International Criminal Court : The Two-Way Russia is withdrawing its signature from the treaty establishing the ICC, after the court released a report calling the 2014 seizure of Crimea from Ukraine an "international armed conflict." 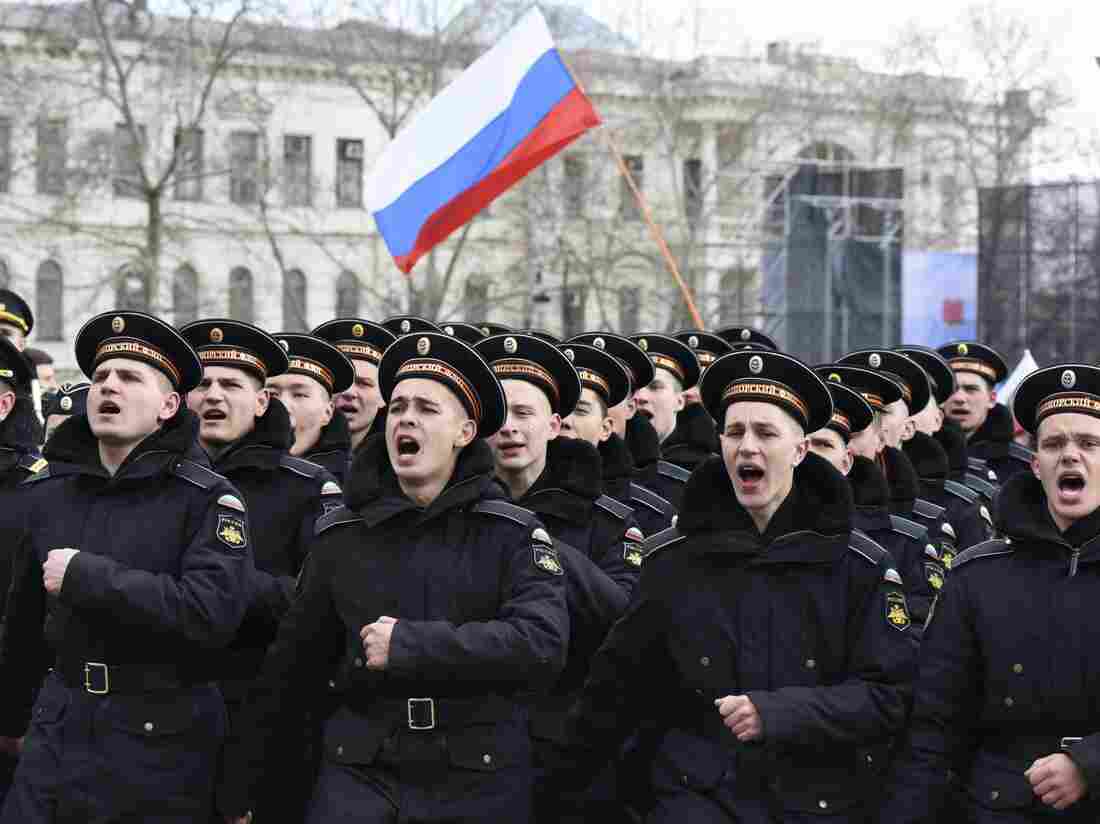 Russian Black Sea fleet sailors shout as they march in Sevastopol, Crimea, during a military parade last year marking the anniversary of the annexation of the Crimean Peninsula from Ukraine. Alexander Polegenko/AP hide caption 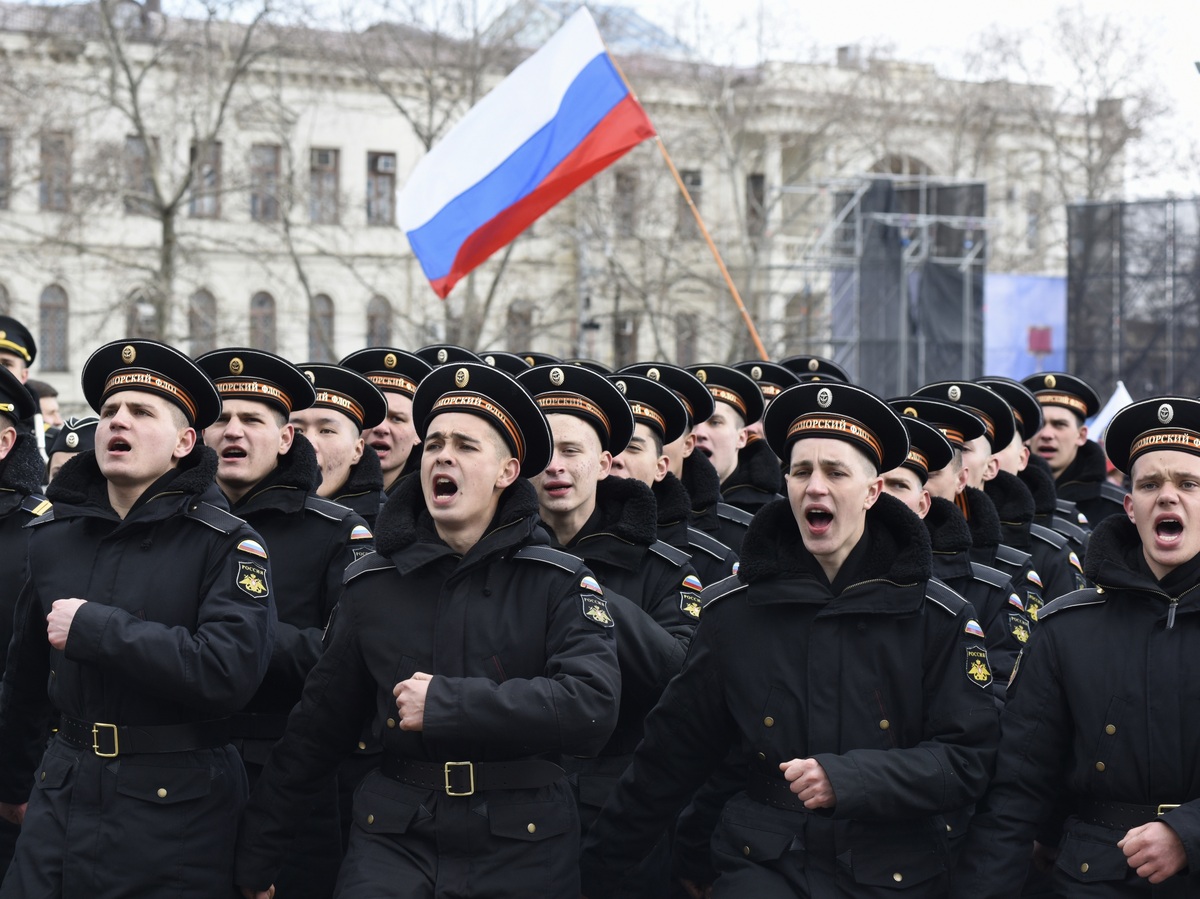 Russian Black Sea fleet sailors shout as they march in Sevastopol, Crimea, during a military parade last year marking the anniversary of the annexation of the Crimean Peninsula from Ukraine.

Russia is withdrawing its support for the International Criminal Court after the court released a report accusing Russia of war crimes when it seized Crimea from Ukraine in 2014.

The move follows last month's announcements by three African nations — Burundi, Gambia and South Africa — that they intend to withdraw from The Hague-based court, alleging it is biased.

A statement on the Russian Ministry of Foreign Affairs' website announced "the intention not to become a party to the Rome Statute of the International Criminal Court." Unlike the three African countries, Russia signed the treaty establishing the court but never formally ratified the accord, so the withdrawal of its signature is largely symbolic.

The ICC report alleges that the annexation of the Crimean Peninsula "amounts to an international armed conflict between Ukraine and the Russian Federation."

"This international armed conflict began at the latest on 26 February [2014] when the Russian Federation deployed members of its armed forces to gain control over parts of the Ukrainian territory without the consent of the Ukrainian Government," the report continues.

According to Amnesty International, more than 9,000 people have died in eastern Ukraine since early 2014.

Among the events listed in the ICC investigation is the shooting down of a commercial jetliner in July 2014. The Malaysia Airlines plane carrying 298 people over eastern Ukraine was shot down by a Russian missile that had been transferred into rebel-held eastern Ukraine, and the launcher for which was returned to Russia after the shooting, a Dutch-led team of international investigators concluded earlier this year.

Kremlin spokesman Dmitry Peskov told Interfax-Ukraine that he disagrees with the ICC's characterization of what happened in Crimea as an armed conflict. 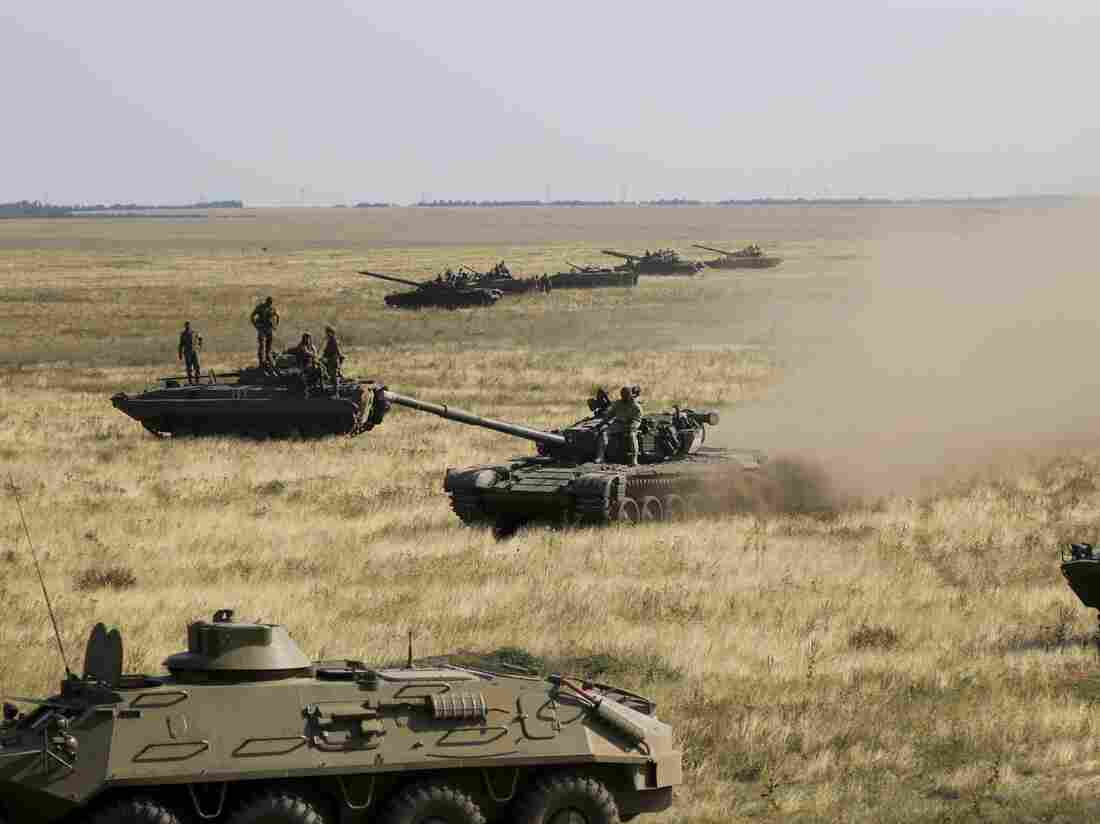 Ukrainian tanks near the border with the Russian-controlled region of Crimea in August. Aleksandr Shulman/AP hide caption 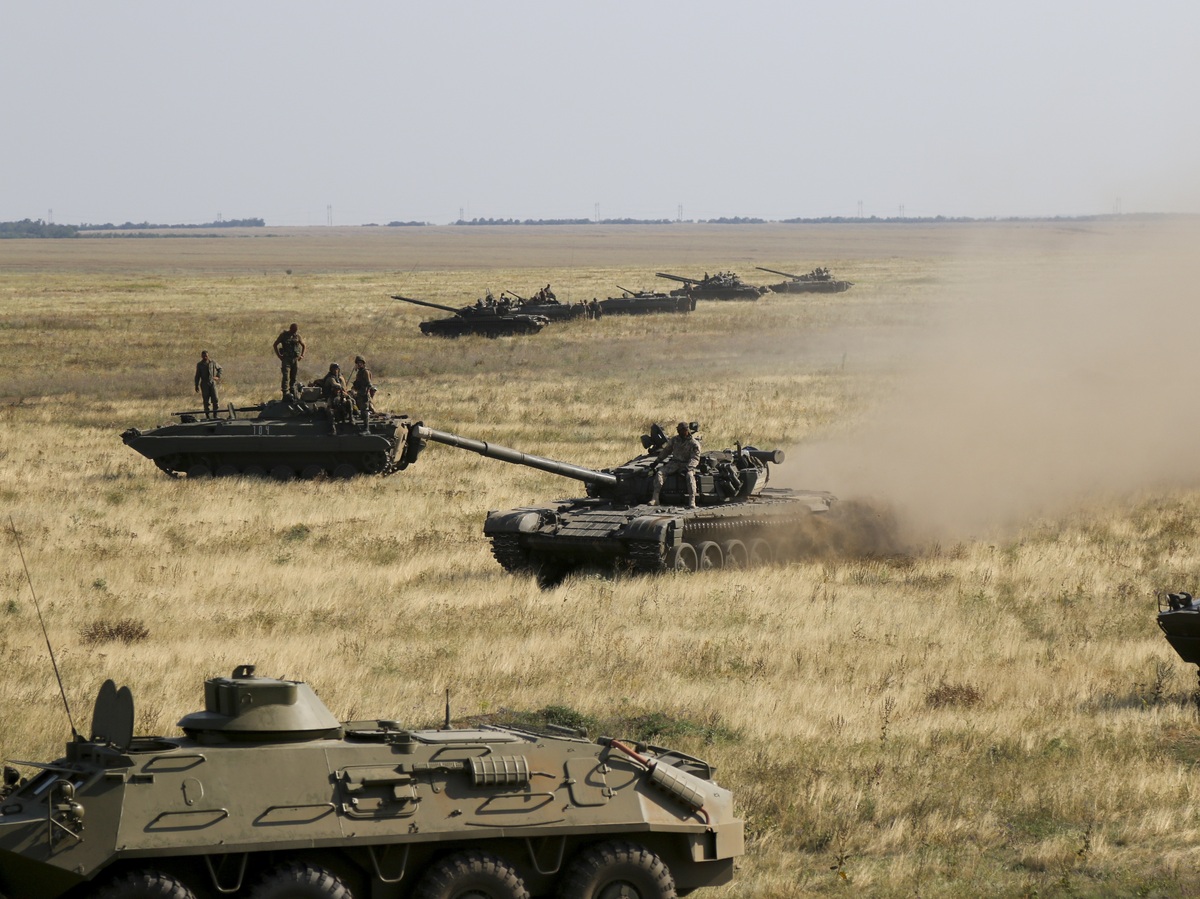 Ukrainian tanks near the border with the Russian-controlled region of Crimea in August.

Peskov was referring to a 2014 referendum in which the Kremlin said the majority of Crimeans voted to join Russia. As The Two-Way has reported, the U.N. General Assembly rejected the results of the referendum, saying it had "no validity."

The U.S. and Europe have responded to Russia's annexation of Crimea with economic sanctions making it more difficult for Western banks and companies to do business with Russia.

The same ICC report at issue in Russia's decision to withdraw also notes the court's investigation into alleged abuses by both the U.S. and the Taliban in Afghanistan.

State Department spokeswoman Elizabeth Trudeau said the U.S. doesn't believe an ICC investigation is "warranted or appropriate," according to The Associated Press.