Accessibility links
Dutch WWII-Era Shipwrecks Have Mysteriously Disappeared : The Two-Way Divers discovered that three Dutch shipwrecks dating back to World War II have vanished from the sea floor near Indonesia. Experts are puzzled and say they would be hard to salvage. 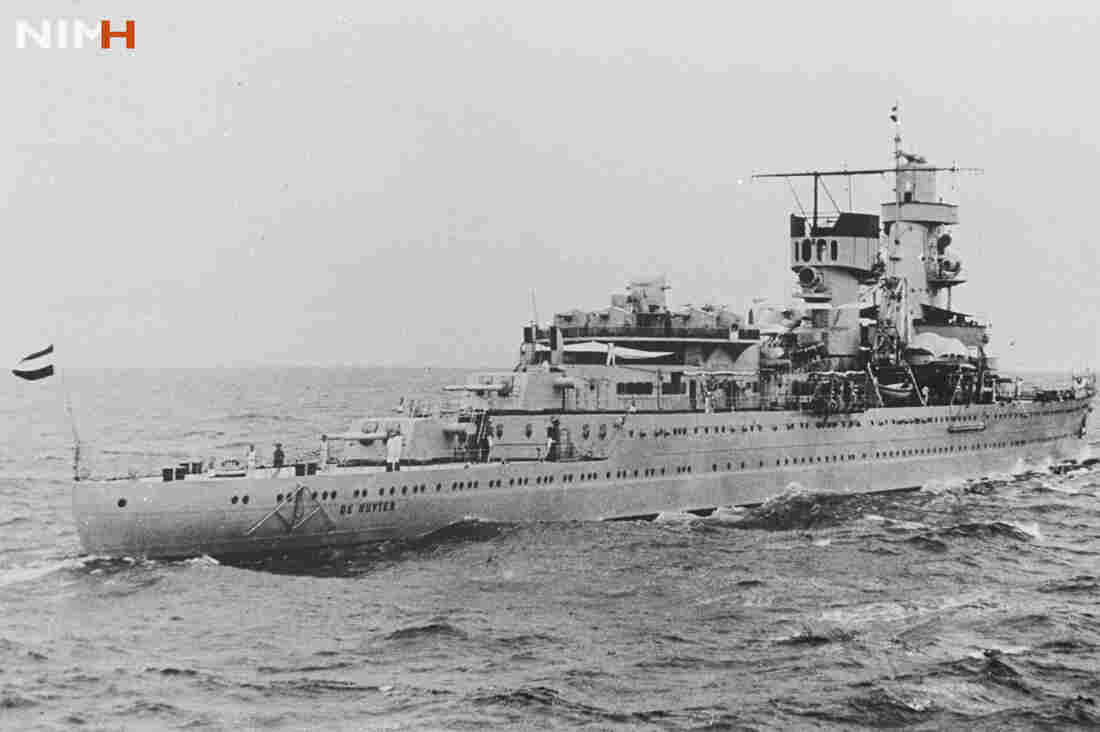 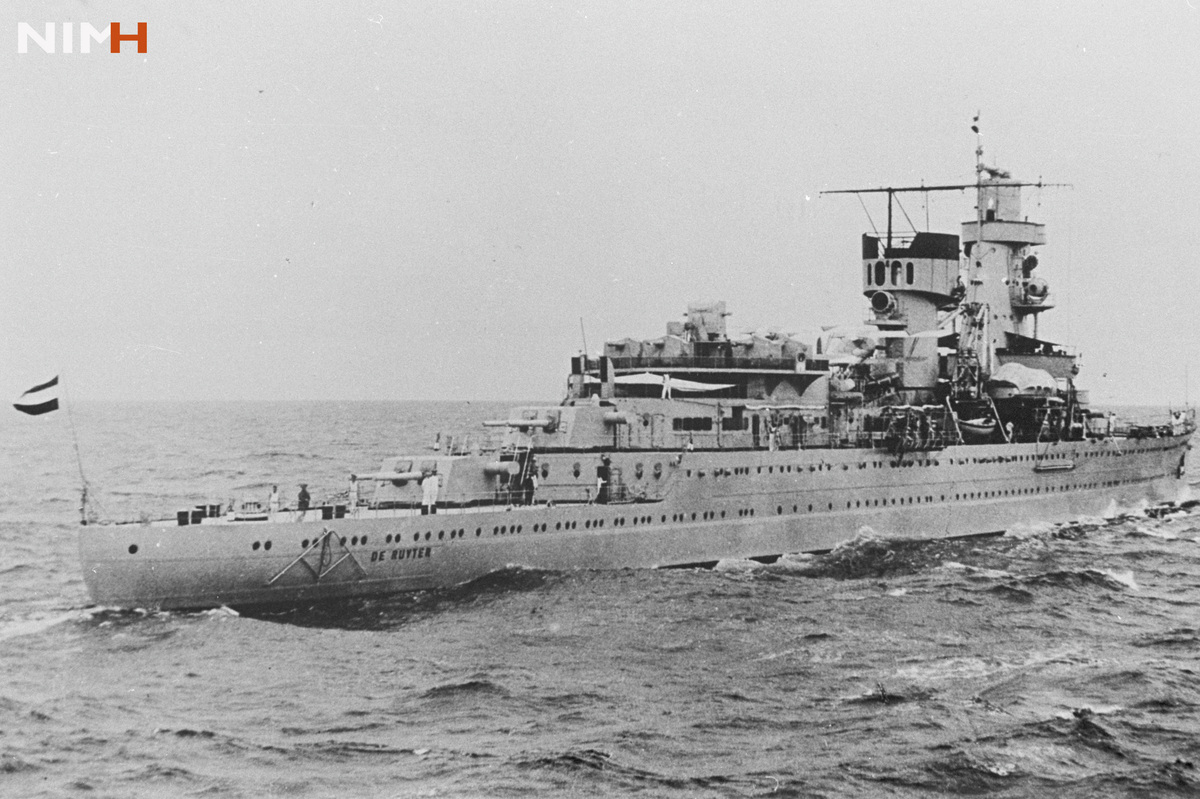 The three warships were sunk by the Japanese during the 1942 Battle of the Java Sea, near the coast of Indonesia. In 2002, amateur divers found the wreckage, where 900 Dutch and 250 Indonesian-Dutch soldiers are buried.

A team of divers recently went down to shoot footage of the wrecks prior to the 75th anniversary of the deadly battle, Dutch Navy spokesperson Paul Middelberg tells The Two-Way. "They dived for the wrecks to find that the wrecks were gone," he says.

Using sonar, the divers were able to see the imprints of the missing ships on the sea floor. The remains of HNLMS De Ruyter and HNLMS Java are completely gone, the Defense Ministry says, while a large portion of the HNLMS Kortenaer is missing.

The ministry says that as the final resting places of soldiers killed in battle, they are seen as war graves and desecrating them is a serious offense.

An investigation is trying to solve the mystery of why the wrecks disappeared, Middelberg says. He declined to speculate out of respect for the families of the dead. "We don't want to give misinformation or half information," he adds. "We want to find out what happened and come out with that message."

This comes on the same day The Guardian reported that the wrecks of three British ships and a U.S. submarine in the same area have been "destroyed by illegal scrap metal scavengers." The newspaper says it was able to obtain 3D maps of the seabed, which show large holes where the ships used to be.

"The commercial salvaging of war wrecks has caused significant upset among veterans, historians and governments who want to preserve the final resting place of sailors who went down with their ships," the Guardian adds.

Ship That Vanished 95 Years Ago Is Found

Could the Dutch ships also have been salvaged? According to the BBC, experts say the Dutch ships were 60 miles off the Indonesian coast and 70 meters underwater. "It is impossible to salvage this," one salvage operator told the BBC, "It is far too deep."

And "experts say the operation would have needed large cranes for long periods of time and would be unlikely to have gone unnoticed," the broadcaster adds.

The February 1942 battle was a major defeat for the Dutch, U.S., British and Australian navies against Japan, which led to Japanese occupation of the Dutch East Indies, or what is now Indonesia.