Accessibility links
Adam Crapser Awaits Deportation To South Korea As His Birth Mother Learns English : The Two-Way Adam Crapser, adopted by a U.S. couple as a child, has been deported to South Korea as an adult. The New York Times spoke with his birth mother, who says she always imagined he had a better life. 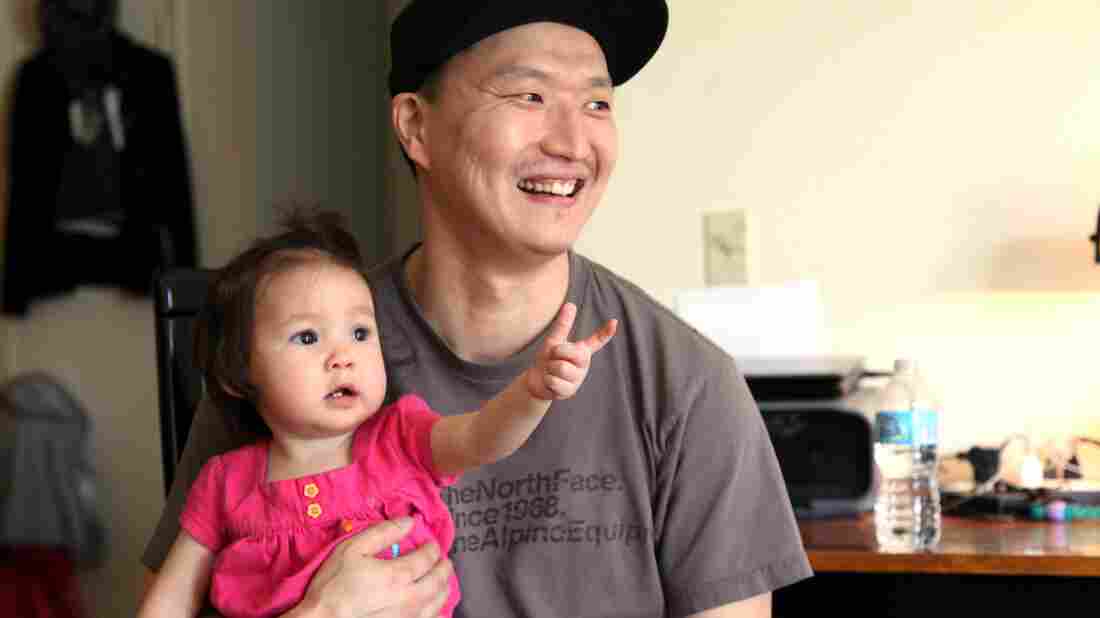 South Korean adoptee Adam Crapser poses with his 1-year-old daughter, Christal, in the family's living room in Vancouver, Wash., in 2015. Crapser, who was flown to the U.S. nearly 40 years ago and adopted by an American couple at age 3, has been ordered deported to South Korea. Gosia Wozniacka/AP hide caption 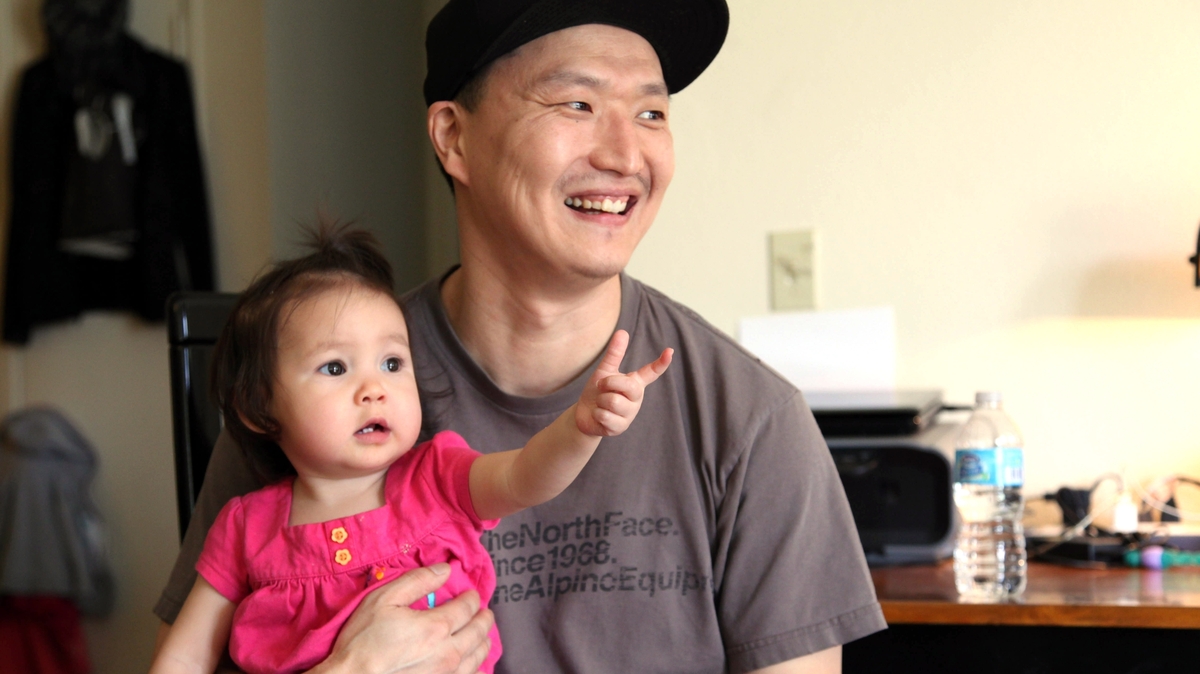 South Korean adoptee Adam Crapser poses with his 1-year-old daughter, Christal, in the family's living room in Vancouver, Wash., in 2015. Crapser, who was flown to the U.S. nearly 40 years ago and adopted by an American couple at age 3, has been ordered deported to South Korea.

At a detention facility in Washington state, Adam Crapser waited to be deported to South Korea. Now 41, he was adopted by a U.S. couple at the age of 3.

Meanwhile in South Korea, his birth mother was struggling to learn English so that she could explain herself to her son when he arrives.

On Thursday night, Crapser arrived in South Korea — his native country, and a completely foreign land — according to the Associated Press.

As we reported last month, Crapser's adoptive parents never completed his citizenship process, even though they told him they did. They later gave him and his sister up to the foster system; Crapser wound up with parents who were convicted for abuse.

After his unstable upbringing, Crapser was convicted of several crimes — including burglary of the second family's home. He said he was breaking in to steal back his own possessions.

When he realized, as an adult, that he was not a citizen, he applied for a Green Card. His past convictions raised a red flag for the federal government, resulting in his deportation order.

Crapser is now preparing to be sent back to South Korea. He speaks no Korean.

The New York Times tracked down his birth mother and learned that she's preparing for her son's arrival — trying to learn his language and thinking ahead to what she'll feed him.

Kwon Pil-ju, who is partially paralyzed, told the newspaper that she gave Crapser and his sister to an orphanage, and another child to a childless family, after their father left her and she couldn't provide for them.

She said she always believed that they had a better life than she could have given them — "I have never imagined that he was having this hard life of his," she told the paper through tears. "I should have kept him even if we starved together. What I did was an unforgivable sin."

You can read the full story at the Times.

Supporters Aim To Protect Adult Adoptees From Deportation May 19, 2015

Crapser's story has made headlines but, as the Times notes, he is far from the only adoptee in his situation. Other individuals adopted by U.S. parents have been deported back to South Korea — including one, Monte Haines, who served in the U.S. military before he was deported in the '90s.

And thousands of other adoptees lack U.S. citizenship and are vulnerable to deportation.

The U.S. government passed a law in 2000 to make children adopted by U.S. citizens automatically citizens themselves. But the law did not apply retroactively — it covered children under 18 and future adoptees only.

Adoption rights advocates have petitioned Congress to grant citizenship to adult adoptees left out by the 2000 law. But the legislation faces "long odds," as NPR's Alexandra Starr put it last year.

Updated at 7:30 a.m. Friday with the news of Crapser's deportation.